Cannabis can be smoked, vaporized, used as tincture, ingested, or applied topically. Each of these methods has its benefits and detriments. They can be used separately or in concert depending on your whim. 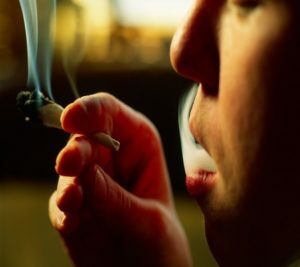 The most common way that people use marijuana is through smoking. It does not take that much equipment and is incredibly fast-acting. The THC in inhaled smoke reaches the user’s bloodstream in only a few seconds. After that, the effects can be felt when the THC reaches the receptors in the brain and organs which generally takes less than a minute to accomplish. Cannabis smoke contains some (not all) of the same toxins associated with cigarette smoke. Some users may find smoke of any stripe difficult to tolerate.

Vaporization is a much healthier alternative to smoking cannabis. It gives user the option to inhale the THC and cannabinoids without any of the toxic tars and gases associated with combustion in the smoke. Although they offer the same benefits and rapid delivery as smoked marijuana, they do require a bit more hardware. Many commercial vaporizers are available, but users can also find instructions for building their own on the internet. In addition, those individuals who might be accustomed to smoking cannabis may need to adjust to the subtler, lighter feel of the vaporizer.

Either form of inhaled THC gives a very characteristic user experience. After it takes effect, the high increases quickly for around 15 minutes then intensifies slightly for another 10 to 20 minutes. After this apex, the high starts to diminish and will go away within one to three hours. This helps to relieve symptoms with expedience, and it also allows users to determine exactly how much to use. Patients suffering from loss of appetite or nausea find that inhalation provides unique advantages for them because it doesn’t require ingestion.

Individual susceptibility to marijuana along with the quality of the marijuana affect the high. Low-grade marijuana is felt just as quickly as higher-grade marijuana, but it will also reach its apex more quickly and will last a much shorter period of time.

Tinctures: an alternative to smoking 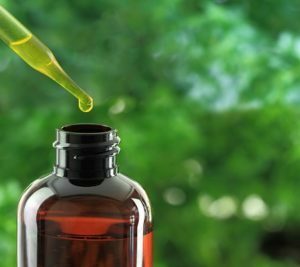 Tinctures are concentrated extracts of marijuana, generally prepared in a base of alcohol, oil, or glycerol. Tinctures provide a middle-ground between inhalation and ingestion. They are taken under the tongue (sublingually) and are quickly absorbed through mucus membranes in the mouth. Then, they migrate directly to the bloodstream, bypassing the liver—an organ involved in oral ingestion. Effects are felt in five minutes or less and the high subsequently develops much like that of inhaled THC.

Patients who are uncomfortable with smoking use tinctures as a high-quality alternative. It can be nearly as fast-acting as inhalation, only requires a bottle and an eyedropper, and has no obvious smoke or smell when using. Tinctures can be purchased directly from a dispensary or prepared at home. 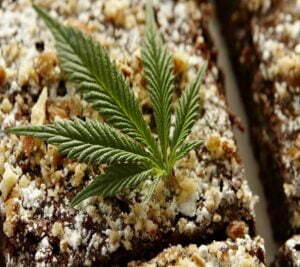 Because anything absorbed through the stomach must be processed by the liver before reaching the brain, ingestion produces slightly different effects than those of inhalation. While in the liver, THC is converted to 11-hydroxy-THC—a metabolite that is, if anything, more psychoactive than ordinary THC. 11-hydroxy-THC is not produced through smoking, giving the two modes of use different pharmacological effects.

Ingested marijuana takes longer to be felt, but its effects last much longer. The effective longevity of ingested marijuana is useful for many patients. In fact, some people have been known to regulate their conditions by eating small amount of marijuana regularly—sometimes just once or twice per day. The drug’s effect is almost negligible except for the associated relief of symptoms. Of course, ingested marijuana’s slow onset can work to the detriment of patients who need immediate relief.

Another advantage of ingestion is that it works well even with lower-quality marijuana like the leaf. As a byproduct of bud production, leaf tends to be inexpensive and easily attainable. It can be dried and ground as “leaf flour” and used in a variety of different recipes (including marijuana butter or oil used in cooking).

Perhaps that largest drawback of marijuana ingestion is that required doses can be difficult to ascertain beforehand. Oral doses may be absorbed more or less easily depending on the state of the digestive system, stomach contents, and other difficult-to-measure factors. It can also take up to several hours to take effect, making it difficult to know how much should be eaten. 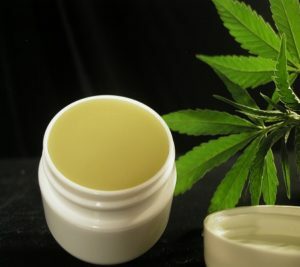 Other patients apply marijuana externally or topically to the skin in the form of ointments, lotions, or poultices to treat swollen joints and skin inflammation. Lab studies conducted by a team at the University of Bonn, Germany showed that topical application of THC helped mice recover quicker from skin allergies (Karsak).

It still remains unclear exactly how topical treatments work. In fact, many researchers assert that there are no effective methods for transporting THC or other cannabinoids through the skin. Director of the NIDA marijuana research garden Dr. Mahmoud Elsohly has suggested using rectal suppositories which, he argues, is a better method of delivering cannabinoids to the system. Other researchers claim to have developed a topical application of cannabinoids that can penetrate the skin. However, their product have yet to be independently tested and are not commercially available.

Regardless, a significant amount of patients contend that they find benefits with direct application. Tom claimed that his rheumatoid arthritis was relieved simply by rubbing his joints with an ointment created from 4 ounces of marijuana leaf soaked in 16 ounces of oil. He then would apply the ointment with alcohol. Marijuana-based salves have traditionally been used in Mexico for muscle endpoint pains.

It is conceivable that topical applications do not deliver cannabinoids to the system but, instead, more soluble, medically active ingredients like terpenoids or flavonoids. In animal experiments conducted by E.A. Formukong at the University of London School of Pharmacy, topical cannabis extracts were shown to have anti-inflammatory properties (Formukong).

At the turn of the 19th century, cannabis was in use as a topical ingredient in remedies for corns as an anesthetic or a coloring agent. Topical cannabis applications are also frequently used in folk medicinal remedies in India and Latin America. In the Mexican-American community, arthritic individuals will commonly wrap their joints in a poultice (or bandage) of cannabis leaves. To promote cannabinoid extraction, the leaves are soaked in alcohol beforehand.