Home › Archives › Select Seeds Based On THC Level And Genetics

Marijuana is obviously best known for its effects on people when they smoke it. So where does this high effect come from? And how do you ensure that the quality of your marijuana is as good as it could be?

It all starts with choosing the right seeds. You have to have a complete understanding of how exactly to grow your marijuana and what kind of genetics are the best.

When you have a particularly good strain or good season of marijuana growth, you will most likely want to store seeds for that particular type of cannabis so you can experience the same sort of success later on. In this article, we will cover the basics of selecting the right seeds. Keep reading. 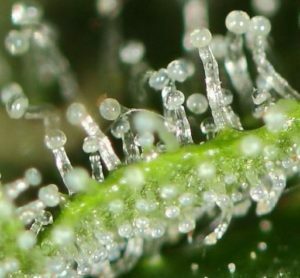 THC, a term that usually refers to Delta-9 tetrahydrocannabinol, is the ingredient in marijuana that is the primary contributor to the feeling of high that smokers feel. This is a bit misleading for two reasons. First, there are some types of THC that are not exactly the same as Delta-9, such as Delta-8. Second, THC is not the only chemical that is responsible for the high. Other compounds contribute to the feeling – these chemicals are called cannabinoids. Cannabinoids include every different variation of THC, and they make up the psychoactive ingredients that lead to the feeling of high.

Marijuana generally is made up between one and six percent THC (Delta-9) as well as other chemicals. Any other chemicals are usually made through chemical ignition rather than vaporization.

The tricky thing about marijuana is that no one can really say what the right combination is to achieve the best or greatest high. Even scientists are unable to figure out what combination of cannabinoids makes the most potent combination. Part of the reason for this is because the feeling of high experienced from marijuana cannot be measured externally – it can only be described by the person experiencing it. This makes the evidence about correlations between different combinations of chemicals and types or strength of highs very subjective.

The experience is also different for each person, even if they take the same amount of the same plant as someone else. Any mix of emotions (usually euphoria, elation, paranoia, sleepiness, or clarity of thought) can be felt by different people who are taking in the exact same amount and type of weed. 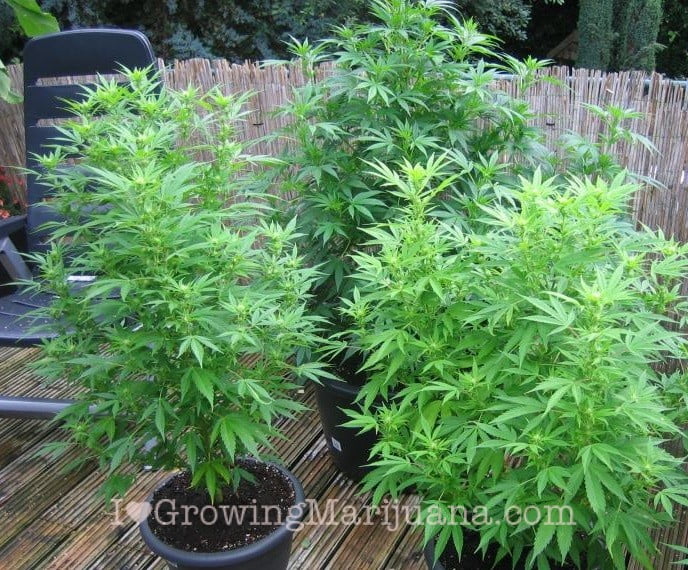 So how does this information affect you, as the grower? If you ask any gardener or farmer, they will tell you that growing plants of any kind involves far more than putting a seed into the ground and watering it. To successfully accomplish your desired yield of cannabis, a much greater understanding and involvement is required. Do not be surprised if your first yield is not as big as you had planned for – this is normal, and you will continue to get better and better.

Especially if you haven’t done anything so much as growing potted house plants or flowers on your window sill, you will have some unforeseen problems at first. Just keep at it, and within a few growing seasons you will be an expert. Although research and preparation make a big difference, it can only go so far without true hands-on experience.

Growing your own weed is an extremely gratifying experience. It will take a bit of trial and error and you will have to overcome some inevitable failures;  but when you finally succeed, it will be even more rewarding. Whenever you see your stash of weed in the freezer, you will feel proud. Whenever you smoke your own marijuana, you will be able to feel safe and satisfied, knowing exactly what you are putting into your body and where it came from. So don’t get discouraged!

If your looking for the best genetics, check my marijuana seed shop

Each stage of your cannabis growth will present new challenges. Plenty of threats will arise along the way, some of which you cannot prepare for. One example is when you want to transplant your plant. It is always a risky process since it could shock your plant and maybe even kill it, but yet it will probably be necessary one or more times in any cannabis plant’s life.

Another possible consequence of growing marijuana for the first time is accidentally letting the wrong sex of plant grow, therefore causing your plants got to seed instead of flower production.

Reading this article, along with other ones, will help you lower the risks significantly. We want to help you avoid wasting your time and money on a failed attempt. We will help you reach your final goal faster and more flawlessly: achieving a high yield and harvest of marijuana.

The Importance of Genetics 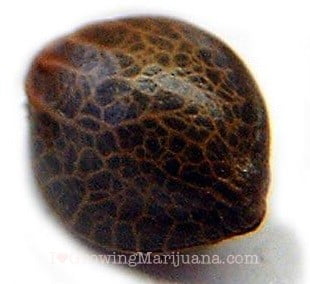 The best weed comes from the best genes. You know the kind: it smells lovely, tastes very flavorful, and is highly potent. You need to find the best genes to grow superior marijuana. This is more complicated than simply locating and buying high-quality seeds, however. There is still a large amount of variation from seed to seed, even within the same strain. A lot depends on the environment in which it is grown, and the care you have when raising your plants.

Unless you are already directly familiar with the mature plants that your seeds or clones have been taken from, growing marijuana is unavoidably unpredictable. This is why it is especially important to seed or clone your best quality plant, since that will make you able to guarantee the quality of the next crop.

This is why people a few years along will have better outcomes with their harvest. They often are choosing their best cannabis plants out of a single strain, so they take those seeds for the following season’s crop. They have a better understanding of the plant it came from, and, therefore, can also improve their own care of the same type of plant. Read the article Best Outdoor Marijuana Seeds

How to store marijuana seeds 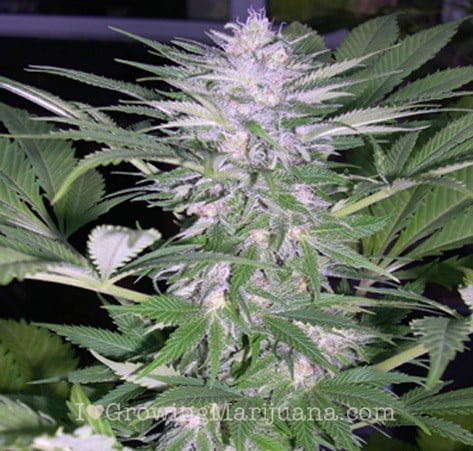 As with most plant seeds of any kind, marijuana seeds last the longest when they are stored in a cool, dry place in a closed container. Always remember to label your containers accurately. Since cannabis seeds can last quite a long time when stored correctly – the length of multiple growing seasons – it is easy to forget which seeds are in which container after a couple months.  It’s also a good idea to include the date on your label. As you gain some years of experience, you may realize that seeds from a certain year perform better and produce better weed than seeds from other years.

Whether it’s from poor storage or another reason, marijuana seeds will occasionally not germinate or grow. This could have been caused by you or any number of external factors. This is why you should try testing your seeds before planting them to make sure they will function properly. Do this several weeks in advance of when you are planning on planting initially, in order to make the most of your precious growing season.

Picking out which seeds are not going to work is not rocket science. Green or white seeds are probably too immature to germinate, as are very soft seeds. If you are easily able to squash a seed with your fingers, they probably will no longer germinate successfully.

There are two methods of testing seeds that are usually accurate: splitting seeds and planting seeds. For the splitting method; choose a waxy, dark seed and simply split it open. Check to see if there is a green skin and a white substance inside.

For the planting method, choose a few seeds and put them in half an inch of dirt inside of a small cup. Soak them in warm water. Leave the cup in a room temperature environment for approximately one week, and see if any seedlings have appeared. If they have, these seeds will most likely be successful in producing healthy marijuana plants.

When in doubt, generally go for brown, plump, waxy seeds instead of ones that are particularly pale or dark. That being said, keep in mind that the other seeds will not succeed in germinating and growing. Marijuana is called “weed” for a reason; as a weed it fares quite well in the wild – so seeds that end up scattered around will grow a fourth to almost half of the time.

If you’re at all involved in the weed industry, you have probably heard the term “sinsemilla” before. You even probably know that it means that it is really high-quality marijuana. But do you know where the term comes from?

“Sinsemilla” is a Spanish word that literally translates to “without seed.” It is used as a name for female cannabis plants that grow into maturity without being fertilized with male pollen. Growing sinsemilla marijuana outside is almost impossible since your female plants could be pollinated from the male plants from up to a mile away! The risk is also there because you could sex the plants incorrectly, or simply wait until it’s too late to separate the males from the rest of the marijuana crop.

So why do you want to avoid pollinating your female marijuana plants? Pollination means that the plants will use their precious energy for creating seeds instead of flowers. This has evolved due to natural selection. Since a plant that produces more seeds is more likely to reproduce many future plants, thus passing on this feature. Although this is an advantageous feature for marijuana’s survival, it is not exactly what smokers are looking for in a weed plant.

Sinsemilla marijuana, having never been pollinated, usually produces a bud that is more resinous since there are no seeds to take over the valuable flowering area.

Producing seeds isn’t all bad for the smoker, however. If one crop is particularly delicious or potent, it is extremely important to allow those plants to produce some seeds. Store these seeds correctly and label them accurately so that you can make informed decisions about which seeds produced the best crop, and which ones are better to be avoided. You can then use seeds that produced tall plants or strong, sweet buds for a future growing season. When you do plant your good seeds, make sure to treat them with extra special care, as they are your best bet for harvesting the best product.

Thanks for reading. Please leave comments or questions below and don’t forget to download my free grow bible

BACK TO TOP
13 Comments