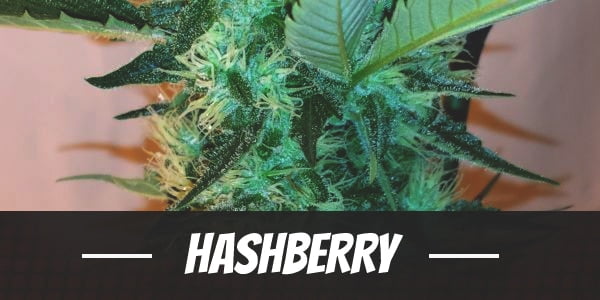 Not a lot of people understand the origin of marijuana. In fact, most consumers, at most, is only focused on the particular strain. But for the true connoisseurs, knowing its genetics provides insight on its traits. In this article, let us take a look at Hashberry.

For users, knowing that it is one hybrid that is among the best when it comes to altering moods is enough. Another notable thing about it is that it may be an Indica-dominant strain, but is Sativa effects seem to be more pronounced.

Almost all cannabis hybrids we come across today can trace its lineage to landrace strains. Hashberry, in its case, traces its roots to the Kashmir region of Northern India. As far as we can tell, that seems to be the only consensus on its origin.

However, it must have traces of genetics from at least one Sativa-dominant plant. At the same time, it comes with pleasant berry flavors and fragrance that is reminiscent of Blueberry. At any rate, no one knows for sure.

Hashberry is insanely delicious and that sets the tone for what is to come next. Almost as soon as users start using, it comes in with an uplifting sensation. As it continues to build up, most people start having ideas popping into the mind. Instead of random thoughts, this cannabis causes users to have a clear mind and ability to focus.

A boost in energy, typical of many Sativas, helps people become more productive and better able to complete tasks. But while others can become too overwhelming, Hashberry remains stable at this point. Feeling happy and cheerful, immediate tasks are done one after the other. And this goes on until the Indica side starts creeping in.

Initially, users feel a complete body relaxation. Depending on the quality of the bud, at best, it has more than enough potency to leave one on a couch-lock. The physical effects do blend in nicely, and as its cerebral effects wane, the body hit continues on for a couple of hours.

Hashberry has to be one of the best smelling hybrids of all time. Its peppery mint odor is smooth, and the smell of berry is a delight to the senses. It also comes with a mild earthy undertone that clearly identifies it as cannabis.

It is hard to find the right words to describe how Hashberry tastes. Much of its fragrance carries over, but it comes with a more pronounced sweet and fruity flavor of berry. Suffice to say, it will be hard to find another strain that tastes this good.

As alluded to, the quality of the bud affects its THC content. Tests have shown it to be in the range of 10% to 18%. At any rate, if there are some unwanted reactions, the most common one would be dry mouth and eyes. It does not come as a surprise as all strains, it seems, can induce that. But it is in using too much that it becomes more pronounced. At the same time, it may also cause other concerns.

In some instances, some people may feel a little dizzy. Usually, it happens during the onset of the effects. There is nothing to worry about, though, as it is temporary.

One thing to note is that people who are going through anxiety should avoid using this strain. It is because there is a chance that they may feel a little more anxious or even paranoid.

Recreational users want to feel good, so they use Hashberry. In the same manner, people who are going through a lot and are suffering from stress may find relief with its use. Aside from that, it can help people deal with depression better.

To a certain extent, the boost in energy, in theory, should be useful in combatting fatigue. But depends on how well users tolerate its potency. For instance, if one is more tolerant, then they are not likely to feel lazy. But in most cases, it is negated by the couch-lock tendencies.

Because of the intense body high, it becomes useful in pain relief. Chronically ill patients may find relief from pain, for example.

Hashberry has proven to be a rather easy strain to grow. In fact, it does well in a warm climate as well as in cooler environments. Growers can cultivate the plant outdoor or indoor.

Grown inside the house, it does well with hydroponics and using the Screen of Green training method. Although it produces an abundant yield under this condition, it does even better when planted in the open space. Unfortunately, that is a choice that not many growers have.

One thing to note is that it may also be susceptible to molds so watch out for that.

From seedling and through its vegetative stage, take care of the plant so that by 8 to 10 weeks, growers can begin the flowering phase. Once it is ready, each square meter of Hasberry can yield 14 to 18 ounces of buds.

Each Hashberry plant can produce an insane amount of buds. How does 30 to 36 oz sound? It begins once it starts to flower around the second or third week of October. By then, most growers find it hard to contain the excitement of such massive yields.

Have you ever smoked or grown your own Hashberry? Please let me know what you think about this marijuana strain in the comments below.