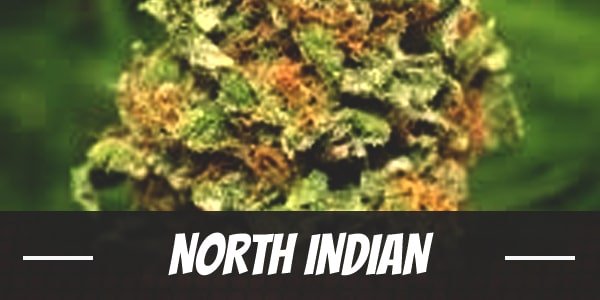 Marijuana is not an uncommon find in India. In northern states like Himachal Pradesh and Manipur, the terrains are blanketed in greenery that tourists are often left speechless. Most of the residents have formed a relationship with it too. This is not surprising though as records of cannabis use in the country have been dated as far back as 2000 BCE.

Much of the indigenous Indica varieties in Northern Indica are found along the Himalayan mountains against a backdrop of white, snowy peaks. Its exact THC levels are a mystery but there is a general consensus among enthusiasts that it is anywhere between 8% and 12%.

Nonetheless, this has not stopped Indians and their ancestors from enjoying the landrace Indica whether it is through ganja (flower), bhang (seeds and leaves), or charas (resin).

North Indian Indicas are slow-starters with barely noticeable onsets. Still, those who do take note of the bud’s initial effects report a subtle mental upliftment that intensifies minutes after the first puff.

The behavioral change is obvious from then on. Users seem to radiate with happiness that can only come from. Meanwhile, those with work ahead of them feel a surge in creativity as thoughts begin to ebb and flow smoothly into a range of innovative ideas. It might be best to prepare snacks ahead of time though. The mental stimulation brings a ravenous appetite as a plus one to the brainstorming session. Difficult to control but gently averted with some food.

In time, the uplifting buzz begins to travel down to the rest of the body. It is calming but heavily sedating. Without a doubt, users will find themselves locked to their couches until they eventually fall asleep.

Interestingly, North Indian strains have a tropical scent usually associated with Sativas. However, when they are broken apart, they release the characteristic Indica scent of uprooted wood reminiscent of pine. Once combusted, an aroma of wet soil with notes of spiciness fills the air.

In the palate, North Indian Indicas are sweet and fruity much like a tropical drink with a refreshing case of woody pine. On the exhale, it leaves an herbal spiciness accentuated by hints of wet soil.

Users of North Indian landrace strains usually experience dryness in the eyes and in the mouth. This is mostly due to cannabinoids interfering with the production of moisture in the tear ducts and the salivary glands. Both are mild and barely even noticeable though. Moreover, they tend to go away with time. Downing a few glasses of water will immediately counter the dehydration.

Aside from those stated above, North Indian strains can sometimes bring about a temporary dizziness. With that said, the likelihood of experiencing such is very slim. Still, users must always exercise caution while using the Indica.

Native Indians have used cannabis for thousands of years in healing rituals. Though it is only now that its chemical profile has been studied, the plant remains of therapeutic value to the medical marijuana community.

Its cerebral high enhances the mood and stabilizes turbulent emotions. At the same time, its calming effect on the mind temporarily manages depression and other mental health issues like PTSD. The happy high has a similar effect on users constantly bombarded by stress. Although, long-term effects would require the advice of a physician.

Apart from the behavioral, the Indica’s soothing buzz also provides significant relief from various pains and aches beginning from the temples. Meanwhile, its antiemetic properties keep users from vomiting or experiencing nausea by relaxing the muscles in the stomachs.

Most users fall into a deep, unencumbered slumber hours after using the North Indian landrace. This is nothing unusual though as the strain is a natural sleeping aid. Its sedating mental and physical effects increase the quality of sleep for most users especially those with sleeping disorders like insomnia.

Growing North Indian landraces are not a challenge at all. In fact, they are fairly easy to cultivate because they have flourished for thousands of years in spite of harsh conditions. They sprout naturally too. In fact, along the terrain of a mountainous state in the called Himachal Pradesh are various indigenous strains that thrive without the care of farmers.

With that said, North Indian landraces have the typical Indica structure. It is short, bushy, and absolutely sturdy with great immunity against the cold, humidity, and pests. For this reason, it is a go-to strain among garden growers of various skill levels from the northern hemisphere.

Grown indoors, breeders should mimic the cool climate of Northern Indian towns. Because its height rarely necessitates early topping, aspiring growers should look into growing methods that take advantage of the Indica’s lateral branches like the Sea of Green. Apart from maximizing space, it extends the space between each node so each budding site gets a decent amount of light.

The only problem that seeds of the indigenous varieties are rarely found in markets due to the strict laws governing marijuana in India. Still, if one were to visit its northern towns and cities, an abundance of them can be seen in the lush verdure of the area.

As a pure Indica strain, North Indian landraces have a very short flowering period of 7 to 9 weeks. Once mature, it yields 10 to 12 ounces of buds per square meter.

North Indian Indicas usually flower from the last week of September to the second or third week of October. Once ready for harvest, it yields at least 12 ounces of buds per plant.

Have you ever smoked or grown your own North Indian? Please let me know what you think about this marijuana strain in the comments below.