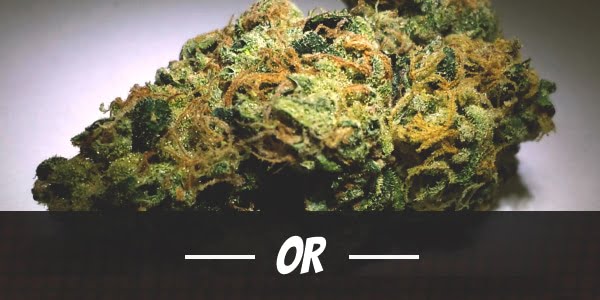 Or cannabis strain is one of some 12 cannabis hybrids developed by Tikun Olam. The company is based in Israel and continues to research and produce marijuana for medical use. Among its most notable achievements is the development of high CBD cannabis without the THC.

The first of many breakthroughs came when they released a strain in 2012 that contains up to 18% CBD but comes with only 1% THC. In other words, it is a cannabis that gives users the high without the psychoactive effects. Since then, they have produced many different strains including Or, the featured marijuana in this article.

Or, like other strains from the company, has a vague origin. Not a lot is known about the genetics of cannabis developed by Tikun Olam. It is because the company has elected to keep their plants proprietary.

Besides the typical process of selection and cross-breeding, it is also within the realm of possibility that the development of these strains includes genetic manipulation. It may very well be the reason why, after all these decades of breeding, they were the only company to have the breakthroughs that made them famous.

Or was developed for the purpose of helping people sleep. At the same time, it also has other benefits. Many of these will be covered in another section.

Avidekel and Rafael are two strains without THC but come with high CBD content. Unlike these two, Or possesses some 16% to 20% THC. It is not particularly useful for the treatment of seizures and epilepsy, but it has its other uses.

The effects of Or on its users come in different forms. It begins with the combined effects of its Sativa and Indica side. Although the Indica side is more dominant, it takes a while before it yields its full force.

TIP: Looking to buy Or seeds? Check out this marijuana seed shop

Upon using Or, a euphoric buzz surges into the mind and the body of users. In turn, it leads to uplifted mood, and most people end up feeling cheerful. A lot of people also have a clear head and heightened focus. As a result, they tend to be more productive. Day-to-day or routine tasks that have become a pain becomes manageable. Instead of struggling to complete tasks, users do so with glee.

All the time that the strain is inducing the cerebral high, its Indica side creeps into the body. It then acts as a muscle relaxant which puts users in a state of relaxation.

From this point on, two things can happen.

One is that users tend to feel not only hungry but starving. At the same time, depending on the amount of cannabis used, they either get up to eat, or they stay on the couch or bed.

As mentioned earlier, Or was developed by Tikun Olam to help users sleep. Hence, it exhibits massive Indica effects conducive to sending people to dreamland.

The promising medical and even recreational use of Or is preceded by an aroma that entices people to use it. An earthy odor emitted by its buds is reminiscent of a fresh field in the early morning with a floral and woody note.

TIP: Looking to buy Or seeds? Check out this marijuana seed shop

Complementing its pleasant aroma is the delightful freshness of its flavors. Making its smoke smoother is a spicy aftertaste.

Or is potent, of that, there is never a doubt. It comes with as much as 20% THC making it an imposing strain that is able to induce intense effects. However, when it comes to side effects, like other Tikun Olam strains, it does not have that much.

A couple of possible adverse reactions, though, can be expected. Dry mouth and eyes are typical with the use of cannabis. A few people may also experience a mild headache. In both cases, it becomes pronounced once users use too much.

As mentioned while describing its effects, the benefits of Or comes in different ways. As a result of its combined Sativa and Indica traits, it becomes very useful in inducing drowsiness. Hence, this becomes a powerful aid for patients who need to sleep.

At the same time, most people also end up feeling hungry. While some may eat some food, most people end up going to sleep. In this case, they wake up starving. People who have trouble eating and needs help stimulating their appetite may find this strain useful.

Besides the above mentioned medical use, Or is also excellent with providing comfort to patients suffering from chronic illnesses. Even as the mental high takes the mind away from physical discomforts, the Indica properties of the strain work on the body with its sedative-like traits. Hence, it is useful for pain relief.

Induced to a state of relaxation, it also follows that whatever stress users are enduring, they can be wiped out. As such, it becomes beneficial to people who have depression and other mental health disorders.

Far more than being a beautiful strain, it is the effects and benefits of Or that makes it desirable. Unfortunately, the company has not made it available for cultivation.

We do have a basic idea of how one can cultivate the plant if it was made available. Like most cannabis plants, it likely will thrive in outdoor and indoor environments. For sure, Or grows remarkably well in greenhouses. Incidentally, the company has two large greenhouses in their 11,000 m2 complex.

Most likely, Or grows best when using hydroponics. Like other Indica plants, it should have a flowering time of 7 to 9 weeks. Each square meter can yield up to 16 ounces of buds.

The plant will thrive in temperate to warm climate. Although it is not likely to grow far taller than 6 feet, it will probably produce more than 12 ounces per plant.

Have you ever smoked or grown your own Or? Please let me know what you think about this marijuana strain in the comments below.

0 comments on “Or Marijuana Strain”