Terpenes: The Flavor Of Marijuana

For years, researchers felt that disparate ratios of cannabinoids created marijuana’s variegated effects. Studies of modern marijuana, however, have shown that most varieties have large concentrations of THC, but hardly any other cannabinoids.

Because of this discovery, researchers began taking second looks at terpenes, the odor molecules found in plant essential oils. 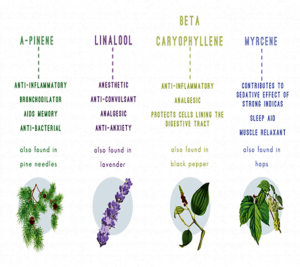 Virtually every plant odor—from perfume flowers to herbs and spices—are composed of plant terpenes. There are several reasons for terpene production including pollinator attraction, herbivore predator attraction, and predator repellent. Spices and herbs garner their distinctive odors from the essential oils that they produce. Every plant’s oil is a combination of various terpenes. Many terpenes can be found in the oils of different plants. For example, limonene, which gives citrus plants their characteristic odors, is frequently found in spices like rosemary-juniper, peppermint, and marijuana.

In the same way that rose varieties have different odors, marijuana varieties also have unique scents ranging from sweet and floral to skunk-like and acrid. These odors all indicate different combinations of terpenes, some of which are familiar (e.g. various analogs of limonene). The limonenes have citrusy odors like orange, tangerine, lemon, and grapefruit, and they’re also thought to enhance alertness and concentration. Limonenes also have fungicidal properties.

Since the terpenes affect the experience of marijuana, users can anticipate how a particular strain will affect them just by learning to recognize some odors. Odor is a good clue about the medicinal qualities of a certain variety. Marijuana varieties with similar odors will generally provide the same kind of relief. 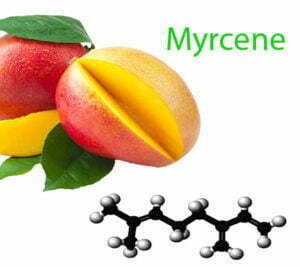 Myrcene is the most prevalent terpene in marijuana and its odor can be described as citrus, clove-like, earthy, fruity, green-vegetative, and mango. The odor differences are caused by the slight variations in the makeup of the molecule. All of these odors are often used to describe marijuana as a whole. Myrcene acts as a potent analgesic but also maintains anti-inflammatory and antibiotic properties. It hinders the effects of certain pro-mutagens implicated as carcinogens like aflatoxin B. It’s found in relatively small amounts in many essential oils associated with anti-depressive and uplifting behavior.

It’s likely that Myrcene is a synergist of THC as a combination of the two molecules produces a stronger experience than THC by itself. Myrcene is also implicated in the permeability of the cell brain, allowing more THC to gain access to the brain. 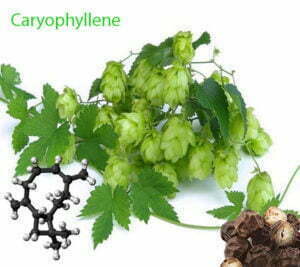 Beta-caryophyllene smells and tastes peppery with a slight tinge of clove and camphor. It plays a huge role in oils of clove and black pepper and also has analgesic effects without affecting the brain. One recent study by Swiss investigators showed that beta-caryophyllene binds to the CB-2 receptor to create anti-inflammatory effects in mice (Gertsch et al). Thus, it is more like a non-psychoactive cannabinoid analog. 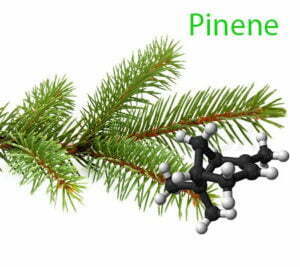 Pinene has a distinct piney odor and can be found largely in turpentine. It can also be found in pine trees, rosemary, sage, and eucalyptus. Some suggest that it assists with memory retention and callback by crossing the blood-brain barrier and inhibiting the activity of the chemical that destroys an information transfer molecule. Because of this, the molecule has a much longer time to work before it becomes deactivated, resulting in better memory. It also increases focus and self-satisfaction in addition to memory. The skunk-like odors of some marijuana strains are created mostly by analogs of this terpene, which are indications of its presence. 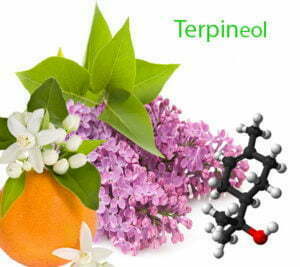 Terpenol has a distinct floral scent with hints of lilac and orange blossom. Terpenol can cause drowsiness and an urge to rest. It is frequently found in cannabis with pinene which serves to mask terpenol’s odor. Some Afghan varieties have a definite sedative effect because of terpenol. It can be useful for sleep issues or as a general sedative. 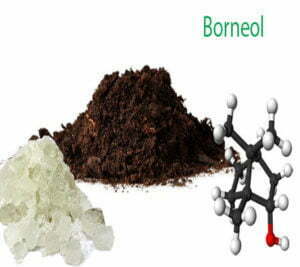 Borneol has an odor not unlike that of menthol or camphor. It is considered very relaxing in Chinese medicine and often help calm people down. 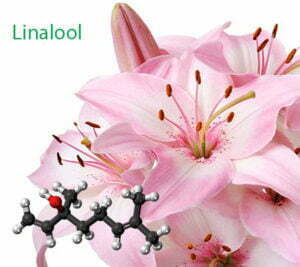 Linalool has a floral aroma that might remind one of spring flowers like lilies of the valley. It’s also got some spicy overtones. It is a component of lavender oil and is being tested for use on some cancers (Ravizza et al) (Cheng et al) (Russin et al). When inhaled, linalool can cause severe sedation. That’s why patients looking for a sleep aid should seek marijuana varieties with a floral-sweet aroma. For those looking for separation from bodily discomfort, certain sativa strains can transport you to a much different mental state that can take you from focused to distracted and can ultimately help you become less aware of the discomfort or pain. These will often have a citrus or fruity odor as well. If you want to maintain consciousness, take caution with linalool’s floral-sweet undertones subtly hidden under the limonene-citrus odors. The linalool component almost completely engulfs the conscious space and tends to put you into a comfortable slumber. 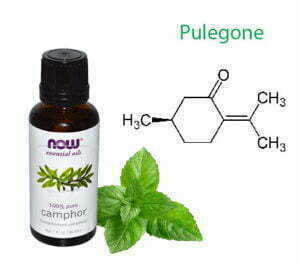 Pulgone has a sort of minty-camphor odor and flavor that is often used by candy makers. Many suggest that it diminishes the destruction of memory transfer proteins so that memory is improved or remains unchanged. It also helps maintain alertness, which may or may not serve to counteract terpenol and linalool.

BACK TO TOP
14 Comments