What are the Best Foods to Smoke Out of?

Home › Lifestyle › What are the Best Foods to Smoke Out of?

Ah, the classic apple pipe is one of the best foods to smoke out of. This was one of the first things I smoked out of, and was my go-to smoking implement for much of my high school years. Why not? Apples are easy to obtain, they’re easy to poke holes into, they’re easily disposed of, and they taste great. I’m kidding about the last one; you don’t want to eat an apple after you’ve smoked out of it, of course.

As far as homemade pipes go, the apple pipe is pretty easy to make. All you need to do is hollow out a hole through the apple to act as a mouthpiece and a smoke chamber. Then you puncture a separate hole to connect to the chamber to act as a carb. I find that a pen will do the job just fine, but if you have a corer, that would be ideal. You should probably consider investing in one if you’re planning on smoking weed out of a lot of foods.

Potatoes are another one of the better foods to smoke out of. You make a potato pipe in the same way that you would with an apple pipe, but the potato pipe tends to be a lot more sturdy than apple pipes. The taste is a bit less pleasant than smoking from an apple, but you’re still guaranteed to get hella baked. Talk about a baked potato!

The way watermelon, or really any type of melon is set up, makes it a pretty great fruit to smoke out of. It’s not that complicated to make a bong out of a watermelon. First what you need to do is hollow it out so you have a mouthpiece and a chamber. Next you’ll want to make a smaller hole towards the bottom of the melon for the downstem. Now, for the downstem itself, you can either use an extra bowl you have lying around, or you can fashion one out of a carrot, by hollowing it out.

For a fun and sugary treat you can make a pipe out of Starburst candies. This is one that I’ve seen all over social media, and to be honest, I was a bit skeptical. Why would anyone try to smoke candy? Then I actually tried the Starburst pipe and it was pretty awesome.

To make a Starburst pipe all you need to do is stack some unwrapped Starburst candies together. I’ve found that more than five is a good rule of thumb, though how big you want the pipe to be depends on your personal preference. I used a metal meat thermometer to hollow out my Starbursts, but you can use whatever you think will do the job the best.

The pineapple is in my opinion one of the best foods to smoke out of. This is because pineapple is absolutely delicious. Making a pineapple bong is very similar to making a watermelon bong. Hollow out a portion of the inside and make a space for a downstem. Just remember that pineapples are a bit tougher than watermelon. Be careful when cutting into it!

Banana pipes are a bit tricky because well bananas are squishy. The trick is to use an underripe banana, one that will be more likely to hold its shape. I’ve found that an empty pen chamber works well when trying to hollow out the banana. You can add a bowl on the top, or you can try to do it steamroller style, which may be difficult depending on the curvature of the banana.

What are other foods to smoke out of? Do you smoke out of only fruits and veggies? What’s the weirdest food you smoked out of? Tell us in the comments!

Marijuana is more than an herb, it’s a lifestyle, and Sarah is your professional hostess. Our resident “stonette” writes commentaries on the latest news, shares relevant news for marijuana lovers, and generally writes about stuff she knows other cannabis enthusiasts will enjoy. With all the... [read more] 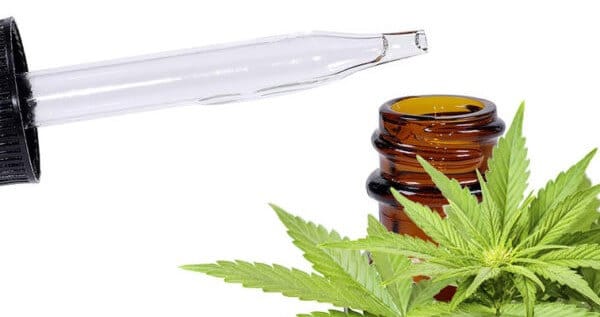 Getting The Correct Dosage For Weed Edibles
1 Comments