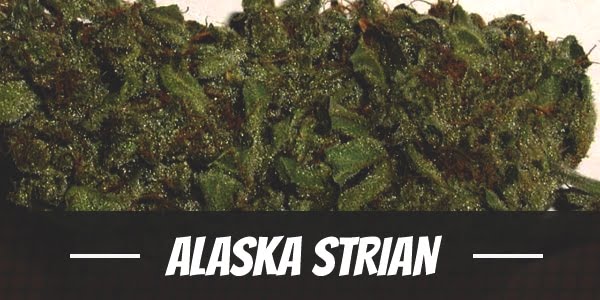 Different strains took the name Alaska, but none is as distinct as this one from Tikun Olam. For the uninitiated, the Israeli company has a state-of-the-art facility dedicated to research and development of cannabis for medical use. Already, it has produced several strains, including this one.

Among the most notable strains of Tikun Olam is Avidekel. It is a strain that has extremely low THC to eliminate the psychoactive effects virtually. It also comes with an extremely high CBD content. As such, it was used successfully as a treatment for seizures and epilepsy.

Another notable strain it produced was Erez, an Indica-dominant hybrid that is designed to help people sleep.

Unfortunately for growers, the company is not making its seeds available for sale. Hence, growers are not likely to get ahold of Alaska. Of course, that goes without saying that it is made available for consumption from their dealers.

In many ways, Alaska is the opposite of Erez. Where one is 70% Indica, this one is 70% Sativa. And the craziest thing about this strain is that it comes with a very high amount of THC. From the company, they stated it as 20%, but other sources cite it as high as 29%. Merely describing its potency as insane is an understatement.

However, even with such a high amount of THC, the best thing about Alaska is that it delivers an intense cerebral high without the usual psychoactive effects associated with comparable strains.

As mentioned, Alaska was created by a company dedicated to producing cannabis for medical use. In some instances, an intense Sativa experience is a necessary part of providing comforts to people in need. Not that it is terrible at all. Far from it, the mental high is an excellent addition to eliminating or reducing discomforts.

At its onset, Alaska comes surging in fast and hard. Within moments, users feel the uplifting effects intensifying into an electrifying sensation. It turns the mood into one of happiness or perhaps even elation. Furthermore, many of the users report not only feeling energetic as they also feel arousal.

It does not case a hazy mind. Far from it, most users report a clear-headed high that allows them to focus better on their tasks. Complementing the cerebral euphoria is the relatively small Indica side of the strain. It induces body-wide relaxation that does not negate much of the Sativa effects. In other words, it does not cause a couch-lock at all.

Although it possesses an extremely high THC, users do not experience psychedelic effects. Many other strains with comparable amounts of THC, at the height of their influences, are likely to cause people to be spacey with narcotic like traits. While designed for medical use, Alaska is undoubtedly an enjoyable strain for recreational cannabis users as well.

The odor that Alaska emits is a concoction of contrasting aromas. On the one hand, it has a dank and skunky odor blending with the refreshing smell of earth. On the other hand, it also has a floral note with a spicy hint. Based on its fragrance alone, it is not farfetched to think that there is a trace of Skunk lineage with this strain.

If the aroma is a blend of contrasting smell, its flavors are more straightforward but not necessarily one that can entice most people. That is not to say that it is horrible. The dank and skunky smell is evident once users start using it and the spicy aftertaste makes it feel smoother to the throat.

One adverse effect of using Alaska is that it causes people to experience dry eyes. To a lesser degree, this may also be accompanied by having a cottonmouth. Regardless, these are normal with the use of any cannabis strains. There is also a chance that as the cerebral high takes effect, some people may feel dizzy. These conditions do not pose long-term risks, though.

But other side effects may provide sufficient grounds for avoiding its use. People who are predisposed to anxiety attacks or paranoia have to know that because of its extreme potency, these conditions can be triggered even if used in moderation.

Alaska causes an intense and stimulating mental high. As such, many of its medical benefits are mostly psychological. One thing that it does well is in relieving people of stress. For many people dealing with mental disorders, this is a potent aid in helping them manage their conditions. Often, the hindrance to depression, for example, is the inability to take the focus away from the negative or to see things positively. This strain can help people shift their attention.

As for dealing with pains and aches, in the same manner, in which the strain takes the mind away from negative thoughts, it also does the same thing with physical discomforts. Instead of focusing on pain, users tend to drift in a sea of euphoric sensations.

Alaska is not available to growers. But if it were, it is likely to grow more like a typical Sativa plant. The chances are also high that if growing traits were a consideration, then it is likely designed for high yields in an indoor environment. Of course, that is not to say that it will not thrive outdoors. At this point, these are all based on typical traits of comparable plants.

Being Sativa-dominant, Alaska will probably have an indoor flowering time of 8 to 10 weeks. Because there is a commercial intent, one of the traits that have to be considered is its production. Hence, it will likely produce anywhere from 12 to 16 ounces per square meter under 1000 watts of grow light.

Outdoor, Alaska likely thrives in a Mediterranean climate. Each plant will have a yield of up to 12 ounces.

What is the Alaska strain yield?

How much THC does Alaska have?

What are the origins of the Alaska strain?

Have you ever smoked or grown your own Alaska? Please let me know what you think about this marijuana strain in the comments below.