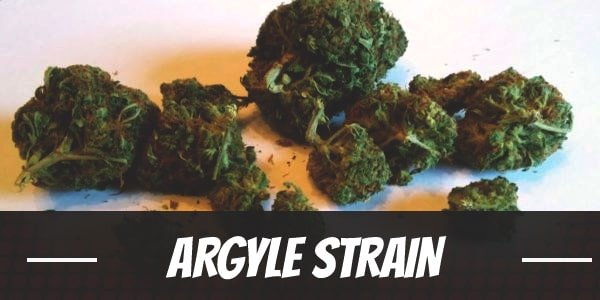 Argyle is Tweed’s version of Nordle, a now famed medical strain that was initially developed to create hashish. However, the relaxing buzz it induces along with its 1:1 THC to CBD ratio are excellent at providing a reprieve to ailing users. Since then, it has become one of the go-to medical strains in the market.

In creating Argyle, Tweed crossed the same two strains used to develop Nordle – Afghani and Sensi Star. The former is a pure landrace Indica while the latter is an Indica dominant strain widely renowned for its subtle mental high and intense bodily effects.

Though Tweed’s product is a rendition of Nordle, the two hybrids are not the same. Besides their differing shape, fragrance, and flavor, Argyle has higher CBD levels than its inspiration strain. These fundamental chemical differences put itself in its lane and not merely a copycat of its more famous sister.

Extremely potent hybrids can sometimes trigger anxiety and paranoia in beginners or users with low tolerance to THC. It is precisely this reason why Argyle is enticing to casual users and novices. Its lower-than-average THC levels of 4% to 6% do not come with such effects. Not only that, it usually induces a gradual mellow high.

Argyle’s subtle psychedelic is slow to show. But, generally, its onset starts with an uplifting sensation that promotes clarity of the mind as well as happiness. Although imperceptible to the user, a mental stimulation soon allows users to stay productive throughout tasks.

Gradually, the Indica influence of the strain begins to creep in. From the temples, it sends gentle waves of relaxation to the rest of the body. Feeling comfortable, users start to doze off.

Overall, Argyle is a complementary mix of classic Sativa and Indica highs. In moderation, it makes for a great afternoon strain. However, overconsuming the bud may lead to a debilitating couch lock.

Argyle has a very refreshing scent, similar to pine and damp earth. A second whiff of the strain reveals the complementary aroma of herbs and peppers. At times, it may even resemble that of freshly cut garlic and chives. Once grinded, it releases a sweet but spicy note.

Argyle is largely herbal and earthy in taste. It is woody but with a refreshing note of pine. However, drawing it in reveals a delectable vanilla that is sweet and comforting. On the exhale, a spicy pepper takes over the palate.

Toking Argyle usually causes red eyes and a cottonmouth. These are typical of marijuana use and are quite mild. Some people may also experience a small degree of dizziness. Thankfully, this is barely noticeable especially while the user is indulging in the cannabis.

Argyle was purposively engineered for medical users of marijuana. Its high CBD values of up to 7%, coupled with its psychoactive compounds, make it a great therapeutic aid for mitigating various ailments.

Backed by its excellent Indica lineage, Argyle is best used for managing physical discomforts like headaches and cramps. But, that is not all. As a natural analgesic, it can also relieve throbbing pain caused by inflammation and involuntary muscle contractions. Meanwhile, its soothing properties reduce swelling and redness. Similarly, it may also be used as a muscle relaxant for those trouble by tremors.

Besides the physiological, Argyle has mental benefits too especially when used as an anti-depressant or a stress reliever. Its happiness inducing high reinvigorates low spirits. As such, it has the ability to enhance moods and even help users positively alter their perspectives.

Because of its high CBD levels, Argyle may also be used as a neuroleptic to manage psychosis. However, users must first consult with a doctor before self-medicating.

Just like other medical strains, Argyle’s seeds have not been made available publicly. Tweed has invoked its right to maintain a proprietary hold on its products to avoid the creation of fake merchandise.

With that said, it is easy to determine Argyle’s growth pattern based on its structure and its classification. For example, one can tell it is a short, hardy plant based on its heavy Indica influence. Its branches are naturally strong, which eliminate the need for constant pruning. Being such a bushy plant, it is possible to cut sugar leaves accidentally. But, such valuable trichome coated leaves only serve to add to the plant’s potency.

Classified as a medical strain, one can conclude this strain is almost always grown indoors. With the ability to control lighting, temperature, and humidity levels, Tweed assures its users of a high-quality bud with similar levels of CBD regardless of when the batch was made.

Of course, this is not to say that medical strains do not perform great outdoors. On the contrary, it flowers exceptionally well. The only problem is that unpredictable factors like climate and pestilence may ruin the plant. For this reason, many commercial breeders of medical marijuana prefer controlled environments.

Argyle produces eye-catching buds within 8 to 9 weeks. If grown in optimum settings (between 20°C and 22°C), this high CBD strain yields between 10 to 12 ounces of nugs per square meter.

Outdoors, Argyle flowers by October and yields at least 12 ounces of buds per plant. This whopping amount makes Argyle one of the best commercial strains in the medical cannabis market.

What is the Argyle strain yield?

Argyle yields 10 to 12 ounces per square meter indoors and 12 ounces or more per plant outdoors.

How much THC does Argyle have?

What are the origins of the Argyle strain?

A cross between Afghani and Sensi Star, Argyle was originally bred by Tweed.

Have you ever smoked or grown your own Argyle? Please let me know what you think about this marijuana strain in the comments below.