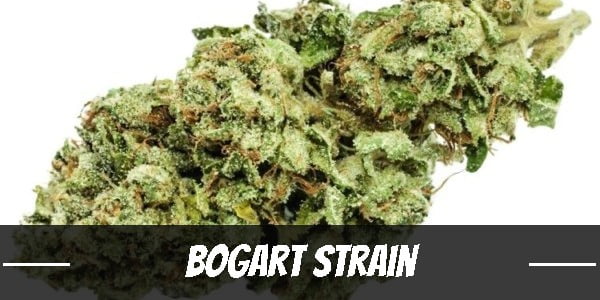 Bogart is Tweed’s rendition of OG Kush. Like the original, it sends a wave of euphoria to the brain that takes away stress almost immediately after the first toke. Not only that, it has high levels of the terpene caryophyllene which enhances the strain’s medical effects. Sadly, it was recently discontinued for unknown reasons.

Despite this setback, Bogart remains in the hearts of those who were lucky enough to come by it. It traces its roots to three of the most influential strains in the world – Hindu Kush, Chemdawg, and Lemon Thai. It also boasts of well-rounded effects coupled with energizing aromas and flavors of lemon, skunk, and diesel. Because of the high level of THC that it inherited, even recreational users can enjoy its psychedelic high.

Bogart may be a mostly Indica strain, but its cerebral high is quite pronounced. It begins with a euphoric rush that only serves to elevate moods and break down barriers set up by inhibition. It leaves low spirits feeling lighter and more sociable. Thus, it is not uncommon to see friends sharing an interesting story or two with bouts of laughter.

With time, a tingling sensation spreads all over the body and envelops the user in relaxation – a sign of its Indica dominant traits surfacing. The body high is characterized by a feeling of heaviness in the limbs. But, even as it intensifies, it remains subdued by the cerebral high maintaining its hold.
It may take continuous soothing of the muscles and relief of bodily aches for the full Indica effects to take over. It usually takes about an hour, but once it settles, it leaves the user feeling drowsy. For some, it is optimal for easing tension, and that makes for a relaxing afternoon of productivity.

As a potent strain with THC levels between 14% and 18%, Bogart should be consumed in moderation. Otherwise, it will glue users to their couches and hinder any chance of movement.

As expected, Bogart inherited OG Kush’s trademark earthy aroma of wood. It also happens to merge the refreshing qualities of pine and the zest of sour lemon to breathe life into tired users. Once crushed, the overpowering but satisfying combination of skunk and sweet diesel fills the room.

The citrus flavors of sweet lemons become totally evident once Bogart’s buds are combusted. Savoring in the smoke, the taste of tropical fruit dissipates as the complementary note of sour skunk takes over. Upon exhale, the hybrid leaves a subtle diesel aftertaste.

Tweed developed Bogart to have as little side effects as possible. Test data shows that the strain only dries the eyes. However, these results are from monitored control groups who consumed the strain in moderation. As such, users should be wary about using too much of the strain as its high levels of THC can trigger anxiety.

CBD is often mistaken as the one and only source of a strain’s medical benefits. But, this is untrue. Various other cannabinoids contribute to the medical value of cannabis. One great example is the terpene caryophyllene, which Bogart is abundant with.

Studies have shown that, in high levels, caryophyllene works as an anti-oxidant, preventing damage to molecules in the body. It can even add to the effectiveness of a strain’s medical effects as a receptor and as a terpene with its own medicinal uses.

Together with a hybrid’s THC, CBD, and other cannabinoids, it effectively relieves various symptoms of known mental affliction, including stress and depression. A great mood stabilizer, it uplifts users and exchanges their negative outlook for a positive one. As such, many are left feeling happier.
Apart from that, Bogart also provides equally beneficial physiological effects as an analgesic. It provides users with a reprieve from chronic pain and bodily fatigue. It also soothes gastrointestinal problems that cause nausea. Expectedly, the same compounds can also calm nerves and help with anxiety.

Acquiring Bogart’s seeds is out of the question. Not only because Tweed maintains a proprietary hold on Bogart but also because the strain has been discontinued for some time now. It is no longer being sold by its producers and neither is it being sold by dispensaries both online and off.
Those dreaming of growing the strain may try getting ahold of clippings from a source. But, for the most part, Bogart remains rare and out of most home grower’s reach. Adding to its difficulty is its low resistance to problems brought about by humidity and temperature. It is especially weak against powdery mildew. Thus, it is best to grow Bogart in controlled environments.

All difficulty in the seedling and vegetative phases are soon forgotten once the plant flowers. At maturity, it produces stunning compact buds with calyxes that are filled to the brim with resin. Its colors, ranging from forest green to mint, are beautifully contrasted by golden undertones. Stopping everyone from their tracks is its generous coating of crystal trichomes.

After 8 to 9 weeks flowering period, cultivators can harvest 8 to 12 ounces per square meter.

Dry climates are best suited for plants like Bogart and OG Kush. The lack of humidity allows for their buds to thrive instead of rot. With proper upkeep, each plant will reward its growers with at least 12 ounces of buds by the third to last week of October.

What is the Bogart strain yield?

How much THC does Bogart have?

What are the origins of the Bogart strain?

Have you ever smoked or grown your own Bogart? Please let me know what you think about this marijuana strain in the comments below.