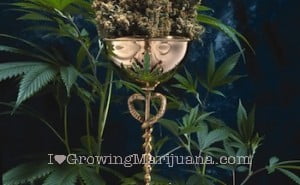 For those of you who have no idea about what the Cannabis cup is, it is a festival that was founded by Steven Hager in 1987 and takes place every year in the third week of November in Amsterdam. This event is very popular all over the country and gives judges the chance to vote and sample the best brands and varieties of different marijuana strands.

These judges then pick the best strands as the Cannabis Cup Winners every year and award prizes such as the best booth, the best new product, the best hash, the best glass and other various awards.

There is also an expert team of judges that is entrusted with the responsibility of deciding which seed company has produced the greatest tasting marijuana. There is some great fun and frolic to be had at the High Times Cannabis Cup and each year it is a great suspense to see which company or team would be ranked as the Cannabis Cup Winners. There are also stand-up comedy shows and different live expo events which showcase some of the best marijuana products and other products from the cannabis smoking business. Hager changed some of the values of the Cannabis Cup by the time the 6th edition rolled in and made 4.20 a very important and ceremonial time in the event.

Every year, thousands and thousands of tourists from all over the world visit Amsterdam to be a part of this rich cultural event. Most of the marijuana that can be found at the Cannabis Cup Winners are samples from different coffee shops around Amsterdam however every year there are various surprise entries which are added as a surprise variety.

To have the honor of judging this event, you will have to pay an extra fees that will let the attendant vote on the different varieties that he samples throughout the event. Anyone who is interested in becoming a judge must pay a fee of 199 USD before June 1 and after that period the fee is increased to 250 USD. If a person purchases the judge’s pass at the event, it costs him around 250 Euros. Many people are of the misconception that the High Times Cannabis Cup only allows those strands of marijuana that can be consumed through smoking however any method that gets a person high through marijuana is acceptable at the High Times Cannabis Cup.

2003 was the first year in which the Cannabis Cup Winners saw a decline in the attendance for the event and as a result the 2004 festival was scaled down to decrease the costs of holding such an event. However this did not go down well with people from all over the world and since 2005 the Cannabis Cup Winners have seen record after record broken for attendance. The highest attendance marked was in 2008 where the event was participated with over 2300 judges.

A counterculture hall of fame was created in the year 1997 to celebrate people from cultures from all over the world and some of the famous inductees include Bob Marley and Lance Armstrong.

Get your official judge pass here

Grow your own cup winner? We sell the finest marijuana strains from Amsterdam, and ship them worldwide for free. You can buy marijuana seeds in our marijuana seed shop.

0 comments on “Cannabis Cup Winners over the Years”