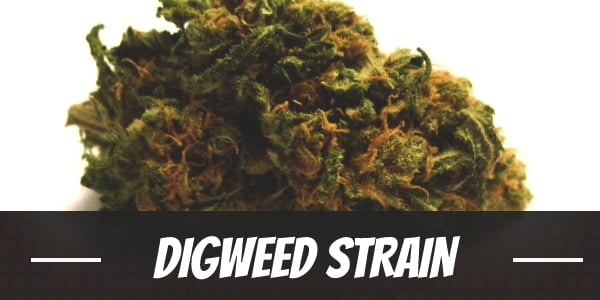 For decades, the use of cannabis by humans is subject to controversies and legality. But there is one entity that does not have to worry about the law. After all, there is no statute anywhere in the world that bans cats from its use. Yes, that’s right, a cat named Digweed.

To be sure, the names of marijuana strains often have a backstory. However, none is as fascinating as this one. The strain Digweed was bred by the House of the Great Gardener (H.O.T.G.G.). To create this hybrid, they used a pure Indica plant and crossed it with an award-winning strain.

Of all the landrace strains in the world, the ones in the Hindu Kush region of Afghanistan is arguably the best. The native Indica in this area has been used by breeders to create not only prominent strains but also the top families of hybrids. These pure breeds are especially notable for inducing deep relaxation.

Sweet Tooth, the other strain, is not a landrace strain like the Afghani. But it traces its genetic lineage to three pure breeds from Hawaii, Nepal, and Afghanistan, of course. While it leans towards its Indica heritage, the strain has well-balanced mental and physical effects that leave users feeling euphoric. A testament to its genetics and quality is by winning the High Times Cannabis Cup in 2001.

After crossing and stabilizing the new hybrid, it was time for H.O.T.G.G. to pick a name. Of the different ways breeders choose names for cannabis strains, they decided on naming it Digweed after their cat. That is because this cat loves to put its teeth on marijuana.

Digweed is a unique hybrid by the standards of most strains developed by modern breeders. It is undeniable that many people using cannabis are in it for the psychoactive effects. Thus, most of the new breeds often come with insane levels of THC.

In this case of this strain, THC was never much of a factor. In fact, tests have shown its range to be within 6% to 10%. The chances are high that the low level was a deliberate effort.

While most strains today have a very low CBD level, it is here where Digweed stands out. In the same tests, its range falls between 4% to 8%. Although it is nowhere near the high CBD strains that can reach more than 16%, it is still very high compared to the vast majority of hybrids anywhere in the world.

In essence, the low THC content guarantees a pleasant high that is unlikely to overwhelm users. Meanwhile, the medicinal value of having a high CBD level will be discussed in another section.

Digweed is an Indica-dominant strain, but its onset begins with an uplifting sensation that can lighten the mood. Most of its users tend to feel cheerful and happy with some becoming more sociable. When used with other people around, it is likely that users tend to be more talkative.

The mild cerebral high also helps clear the head and possibly even boosting productivity by boosting creativity. Such may prove to be beneficial to designers, for instance. At no time is the strain going to overwhelm the mind.

Once the physical high kicks in, users soon find themselves in deep relaxation. Except for instance when too much is used, it should not lead to a couch-lock.

Digweed has a very pleasant aroma to set the tone for the exceptional experience it provides. It has a floral note blending with its earthy odor. A subtle hint of skunk is present as well.

Much like its aroma, the strain is also a delight and easy on the throat and lungs. Mostly, it has the distinct taste of herbs and berries with an undertone of chemical (much like an aerosol).

The strain is perfect for people who want a gentle hit. Still, it does have some adverse effects that are typical of using cannabis. So, expect to experience dry mouth and eyes.

Compared to other strains, it also has more pronounced reactions especially when overusing. Some people may feel paranoid while others have an increase in anxiety level. A few people may also experience mild dizziness.

A vast majority of strains do not even come close to having at least 1% CBD. Digweed can have as much as 8%. It means that theoretically, it has more value as a treatment for illnesses that responds to CBD such as seizures and epilepsy. Already, many studies are being made on its other uses. Some of them also include controlling tremors.

Aside from that, Digweed is also a highly sought-after strain among medical cannabis users for its pain-relieving properties. It is especially beneficial to patients with chronic illnesses.

To a lesser extent, the soothing body high complimented by the uplifting cerebral buzz helps in reducing stress. It also aids people with mental illness cope with their condition by inducing the feeling of happiness.

Digweed can be cultivated inside the house or in the garden. Being a typical Indica plant, it does not grow too tall. It will also thrive in a warm climate where there is plenty of sunshine.

Growers can expect the flowering period of Digweed to fall between 7 to 9 weeks. It should have no trouble growing using soil as a medium or with hydroponics. During harvest, it should produce between 10 to 14 ounces per square meter.

The estimated flowering period of Digweed is between September and October. Each plant is likely to produce at least 14 ounces of buds or more.

What is the Digweed strain yield?

How much THC does Digweed have?

What are the origins of the Digweed strain?

Digweed was created from a mix between Afghani Indica and Sweet Tooth.

Have you ever smoked or grown your own Digweed? Please let me know what you think about this marijuana strain in the comments below.