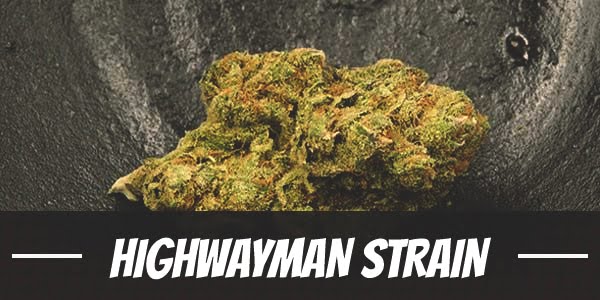 The Highwaymen were composed of a group of musicians such as Willie Nelson, Waylon Jennings, Johnny Cash, and Kris Kristofferson that started a revolutionary subgenre in American country music. Aptly called ‘Outlaw Country,’ it stripped country to its core with a dash of rock. To lovers of country music, it was a break from the increasingly commercialized main genre.

Offering the same reprieve is Highwayman, a medicinal strain developed by Tierra Rojo Seeds for plant-based therapeutic dispensary Gaia. It delivers a restorative head to toe high that invigorates users thoroughly. At the same time, its ability to temporarily appease symptoms of mental and physical health afflictions brings back one’s zest for life.

In creating the strain, the breeders used William’s Wonder and Tang Tang. The former is a 1980s creation that continues to be a staple in the modern cannabis industry. It lends its terpene profile to Highwayman as well as its potency. Meanwhile, the latter is a tangy strain with an impressive growth profile.

Highwayman is also a great recreational treat. It has high THC levels that start at 19% to 21% which instantly deliver an inspiring head high. Meanwhile, its soothing euphoria crushes stress so users can move about like a well oiled machine.

An uplifting buzz introduces itself at the onset. It enhances the mood while clearing the mind thus resulting in a temporary change in behaviour. Smiles seem brighten as users radiate from an innate sense of happiness.

For casual users, the upbeat disposition and mental clarity paves the way for thoughts to flow freely. Creativity levels rise as it forms into ideas. It inspires motivation and, with heightened concentration, enthusiasts work without breaks in focus. One can also use it hours before a brainstorming session for a fresher perspective on issues.

The subtle euphoria eventually turns into a tingling sensation that intensifies with each swig. It starts at the temples before continuing on to the toes, thoroughly relaxing each limb. Its ability to release tension or tightness in the muscles to bring back limberness that allows one to perform light physical tasks.

With that said, Highwayman can be used in the morning or the afternoon.  It can power users through the day with its energizing qualities and wake-and-bake qualities that keep one productive. Although, one should remember to use it in moderation as the mental stimulation has the potential to become powerfully overwhelming.

Highwayman is an enticing strain with pungent notes of chocolate and hazelnut. Hints of coffee line its undertones along with an herbal spiciness. Crushing and combusting the buds releases its floral and earthy aroma.

The first puff coats the palate with a delicious blend of chocolate and coffee. Enhancing it is a sprinkle of nuts that develops into the taste of herbs blended with a floral earthiness. On the exhale, it leaves a spicy aftertaste that completes its full terpene profile.

Dryness, especially the eyes and the mouth, is a common side effect of marijuana. It is often ignored due to its mildness and easily manageable by downing a few glasses of water. A more uncommon experience is greening out which can be distinguished by raised anxiety and paranoia as users become increasingly dizzy or disoriented. Most of the time, it is confined to a headache but one should still avoid it by downing using the bud within limits.

Highwayman is an impressive medicinal strain with cannabinoids that contain significant therapeutic benefits. Hence, patients can turn to it for a reprieve against a variety of mental and physical health issues.

Its mentally uplifting high manages symptoms of depression such as overwhelming dread, hopelessness, and self-depreciation. Replacing it are cheerful thoughts that help patients temporarily look on the bright side. In a similar manner, it also relieves high levels of stress which lead to the early onset of the aforementioned mental health issue. Not to mention, the soothing euphoria also calms anxiety caused by stressors.

The same psychoactive compound responsible for the head high also delivers a soothing physical buzz. It appeases various aches and pains in the body through its muscle relaxing properties which simultaneously improve fatigue caused by exhaustion. Meanwhile, its anti-inflammatory properties reduce swelling that can potentially trigger unwanted contractions that cause pain.

Highwayman exhibits both Sativa and Indica qualities. It is relatively tall but easily manageable. Not to mention, it has a sturdy frame that allows it to withstand growing factors like strong winds and the cold. Hence, it is a wonderful companion for first-time growers.

Indoors, it will have to be pruned as its foliage is quite dense. Failing to thin out the plant will lead to humidity-related problems such as mold or mildew. Installing a proficient ventilation system will significantly improve aeration in the lower nodes to wick off moisture in between its crevices as well as dry out the soil properly so the roots do not rot.

It is perfect for both Screen and Sea of Green setup. The former increases light distribution throughout the budding sites to improve bud production. Meanwhile, the latter maximizes its structure inside a small growing space. Regardless, both will increase yields.

TIP: Looking to buy seeds like Highwayman? Check out our seed bank

Highwayman has an indoor flowering period of 8 to 10 weeks. Growers can expect high yields from the batch as each square meter produces between 10 to 12 ounces of buds at harvest.

Highwayman blooms in October from the second to the last week. Once ready for harvest, it produces at least 12 ounces of buds per plant.

Have you ever smoked or grown your own Highwayman? Please let me know what you think about this marijuana strain in the comments below.