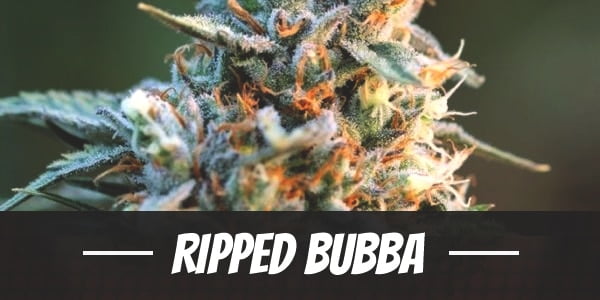 Strains all have their unique selling point. Most of the time, it is either because of the head high or its body calming capabilities. Not all strains are made to be able to deliver both. But then again, one would never know what comes next in the cannabis world. Nonetheless, it is blessed with Ripped Bubba.

Breeders are the greatest visionaries in the cannabis scene. They all have creative minds that not only imagine the possibilities but to also actually get down to developing new hybrids. Not only that, but these people already know which cannabis they need to use to produce one that has their desired traits. The breeders of TGA Subcool Seeds are a great example.

However, in order to understand Ripped Bubba’s origin, it is important to know where its parents came from.

Originally, Jack Herer was crossed with The Cleaner and produced Jack’s Cleaner. Sadly, it is a clone-only hybrid. That is why they crossed it with Space Queen, to recreate Jack’s Cleaner that can produce seeds. As a result, Jack the Ripper was born.

Jack the Ripper is then crossed with Pre-98 Bubba to create a strain with a high THC and THCv content. Not only is Ripped Bubba named that way because of its genetic lineage. Many also believe that it is due to its dense and robust buds that is reminiscent of a ripped bodybuilder.

It is nice to just be able to sit back and relax after a tiring day at work. To just have some time to think, meditate, and somehow ease out everything that has been causing stress from a busy life. Though it is really hard to get away from such problems, Ripped Bubba has a way to take it away temporarily.

The beginning of the Ripped Bubba high is very appealing. It starts with a gentle cerebral boost that promotes a clear headed high. More so, it also uplifts the mood and enhances creativity. As a result, users of this strain could use this for a good laugh and easily finish some light tasks before hitting the bed.

With that said, this strain still does lean towards its Indica side. The mental high it delivers is accompanied by an intense amount of body relaxation that calms the body. However, it is not too calming that it immediately reaches the point of sedation. Feeling drowsy comes after when the effects start to subside.

Cannabis users would definitely love Ripped Bubba as it showcases an aroma that is reminiscent of its Jack the Ripper heritage. It emits a fragrant, earthy scent with hints of fruit and lemon. As the buds the broken, it tingles the senses with its distinct sweet and spicy smell.

Just as much as it smells, Ripped Bubba tastes as delightful. Upon combustion, a smooth sweet flavor that is similar with cherries passes through the palate which makes the mouth water. If that is not good enough, it also has an earthy aftertaste with notes of spiciness on the exhale.

The vision TGA Subcool Seeds has for Ripped Bubba can be considered as almost perfect. But that does not mean that it doesn’t have its flaws. As expected, all strains come with side effects when used such as dry eyes and mouth.

Even adverse reactions from this strain come in gently unless used without caution. Other conditions that could occur are dizziness, headache, and anxiety. Of course, if one uses too much, these unwanted reactions could become more pronounced.

Ripped Bubba offers the best of both worlds for those who are in need of it medically. Aside from being Indica dominant, it also has a high amount of THC that is greater compared to many others. In essence, amid having a low Sativa content, this strain still has potent psychoactive properties.

As mentioned, Ripped Bubba produces a euphoric and clear mental high. That being said, its effects could benefit those who are in need of psychological help. As a result, those who are suffering from chronic stress and depression would find it easier to manage their emotions.

Leaning towards the Indica side, it is no wonder that this hybrid could aid quite a number of physical ailments. Its calming components could greatly benefit those who are suffering from headaches and chronic pain.

Aside from alleviating pain, Ripped Bubba also has the capability to send those patients who are struggling with staying up all night to sleep. More so, this strain could also increase appetite which serves as a great help for those undergoing treatment.

Ripped Bubba grows very dense flowers. As suggested by its breeders, the best way to cultivate this strain is by topping it early to form multiple heads.

Ripped Bubba has quite a quick flowering period of only 7 to 9 weeks. In that span of time, yields amounting to 12 ounces or more can be expected.

In a warm environment, the plant should start flowering by the end of September. Growers could expect yields of up to 12 ounces or more.

Have you ever smoked or grown your own Ripped Bubba? Please let me know what you think about this marijuana strain in the comments below.