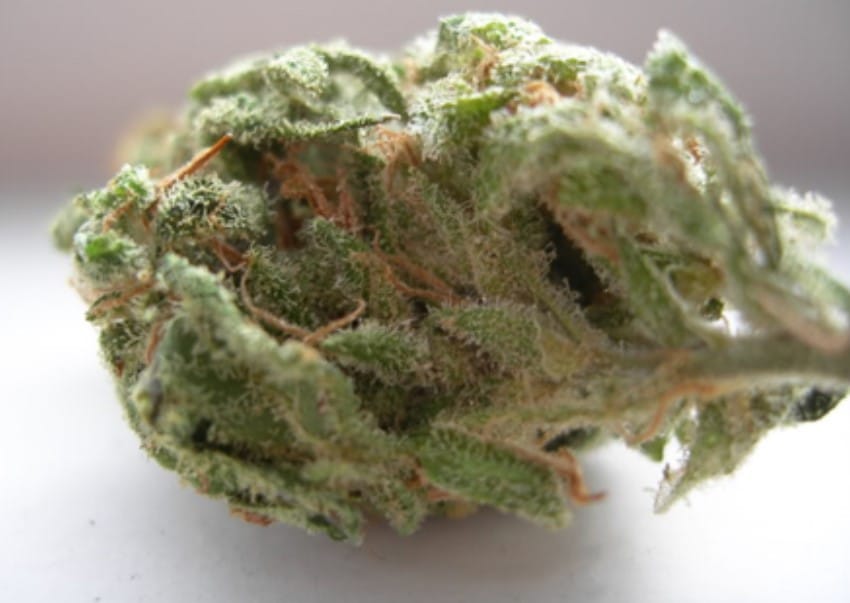 It is not preposterous to think marijuana would grow in a country like Switzerland. After all, it does have a temperate climate where it neither gets too cold or hot for the most part. Moreover, the country has bright days with loads of sunlight – the perfect conditions for growing plants.

Swiss Sativas refer to any of the mentally stimulating varieties native to Switzerland. While they may come from different parts of the land, they all tend to have similar effects. Not only that, their flavors are surprising tropical with obvious hints of citrus and lemon. Although, some may also have hints of skunk.

Their THC levels are also similar, reaching up to 10% or more. Though not as potent as today’s powerhouses, they remain a staple in the cannabis industry for their pure genetics, stable chemical profiles, and sturdy structures.

Even though it is not as potent as modern strains, Swiss Sativas waste no time getting their users high. With a puff or two, they deliver a sudden jolt of energy that is marked by an uplifting euphoria. As it swarms the mind, it brings about a heartwarming happiness. The cerebrally focused effects do not stop there.

For casual users, the mental upliftment is motivating. It inspires a genuine curiosity for tasks at hand. And, with heightened focus, it leaves many engrossed in finding the perfect solution to work-related problems. Toking too much, though, will prove to be counterproductive.

Because of its effects, Swiss Sativa makes for an excellent daytime strain that is best toked in the morning or early afternoon. Its invigorating zing does not tire or derail users from work.

Sativas typically have fruity aromas and those found in Switzerland are no different. It has the zesty citric aroma sweet lemons with undertones of wet soil and herbs, making each nug seem freshly picked. Broken apart and combusted, the subtle refreshing scent of pine fills the room.

To fully appreciate the flavor of a strain, one needs to draw it in. In the case of Swiss Sativas, the citric fragrance carries over to the palate. It bursts with the sweet taste of ripened lemons complemented by the herbaceous taste of spices. As the smoke exits the mouth, it leaves a woody aftertaste.

Regardless of whether it is smoked or vaped, Swiss Sativa brings about a mild case of dehydration. Usually, it affects the tear ducts. But, with certain cannabinoids interfering with the production of saliva, users end up with a cottonmouth and dry eyes. Luckily, both are commonplace symptoms of cannabis use that often go away after a glass or two of water. Although, some may also experience a mild headache or momentary dizziness as the psychedelic high slams the body.

Sativas are best known for their cerebral effects and energizing mental buzz. However, when too much of the bud is consumed, it can trigger paranoia or heighten anxiety levels. While one’s disposition before taking a hit plays a great role in how the adverse reactions play out, so does individual tolerance. For this reason, marijuana should always be toked in moderation or, at least, paced.

Because of its pure Sativa genes, Swiss varieties play a great role in temporarily alleviating symptoms of mental conditions like depression and PTSD. Its mood-enhancing capabilities, for one, pave the way for a positive mindset.

For users with anxiety, the clearheaded high is a godsend. It eases away the fast-paced, sometimes overwhelming, thoughts that often come with being bombarded by stress. Similarly, it allows users with attention deficit disorders (ADD/ADHD) to focus on a single task and concentrate for prolonged periods of time.

The same psychoactive properties also send an energizing buzz all throughout the body. While it is usually used as a reprieved against pain, people may also use the herb to get rid of fatigue.

Often, Sativas grow indigenously in tropical, semi-humid equatorial regions. While Switzerland is nowhere near the equator, its weather provides the optimal growing conditions for its native cannabis to thrive – sunny and temperate. This does not affect its sturdiness, however.

Like other landrace strains, Swiss Sativa is quite resilient. Even though it grows tall, its branches and stalks are neither thin nor weak. It is able to withstand sudden changes in weather and temperature. It can even resist problems caused by humidity such as mold, mildew, and bud root. For this reason, it performs well regardless of its growing environment.

Marijuana plants usually experience a growth spurt as one it hits the flowering stage. For Sativa-leaning hybrids, it can mean growing anywhere between 7 to 9 feet. However, landrace strains have the tendency to outgrow their growing area. Indoors, it necessitates early topping, bending, and ample space between each plant.

Once mature, Swiss Sativas’ buds stretch out and taper on each end but remain dense at the core. Meanwhile, its colors turn into a forest green that sometimes looks minty due to the thick coat of crystal trichomes surrounding it.

Getting Swiss Sativa to finish flowering takes time, usually between 10 and 12 weeks. But, patience is greatly rewarded. Each square meter typically produces 12 to 16 large, fluffy buds that are tapered on each end.

Because of its landrace genetics, Swiss Sativa thrives great outdoors. After all, the plant has been exposed to harsh conditions throughout the thousands of years of its existence. In the northern hemisphere, it blooms by the last week of October to the second or third week of November, yielding more than 16 ounces of buds per plant.

Have you ever smoked or grown your own Swiss Sativa? Please let me know what you think about this marijuana strain in the comments below.