Although marijuana is one of the safest drugs on the planet with moderate use, the likelihood of adverse effects inherently rises with long-term, heavy use.

Marijuana’s relative novelty in developed nations makes epidemiological data on its long-term effects scarce. Studies of long-term users in Jamaica, Costa Rica, and Greece have shown surprisingly little evidence of physiological issues even with extremely heavy use (10 or more joint per day). They did, however, detect some subtle cognitive and psychological effects. 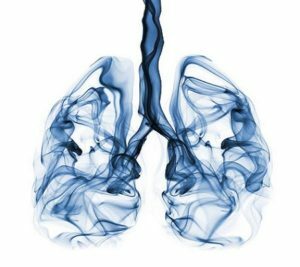 It took until 1993 for a controlled study to produce actual epidemiological statistics on the long-term safety of marijuana for users who do not smoke tobacco. Conducted by the Kaiser Permanente Center for Health Research, the study compared the health records of 452 non-tobacco-smoking, daily marijuana users with those of 450 non-users (Polen). The study showed that the marijuana had about a 19% greater risk of incurring respiratory diseases than non-users—a stat that more or less confirmed the suspicion that smoking marijuana can cause lung disease in the same way that tobacco cigarettes can.

The study also showed that the daily marijuana smokers had a 30% higher risk of injuries than non-users which indicated an increased chance of accidents caused by intoxication. The injury risks were highest for long-term daily marijuana users (15 years or more), but were not considerably higher for newer users.

The authors of the Kaiser study were quick to point out the complications inherent in separating the effects of marijuana and alcohol. The subjects who smoked marijuana tended to be much heavier drinkers than the non-users. This was because the heaviest-drinking subgroup of non-users of marijuana (primarily tobacco smokers) was excluded. Furthermore, no attempt was made to control for the use of other drugs like cocaine, opiates, or methamphetamine.

In sum, the foremost health risks of marijuana appear to be (1) respiratory disease from smoking and (2) accidents resulting from mental impairment. Fortunately, both risks can be greatly curtailed if appropriate precautions are taken.

The act of smoking 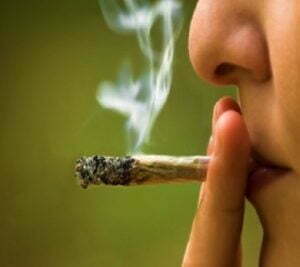 Like tobacco smoke, marijuana smoke has adverse effects on the throat and lungs. Aside from their psychoactive ingredients, marijuana and tobacco smoke are chemically similar. Both are comprised by toxins that are known to be dangerous for the respiratory system. THC and other cannabinoids do not play a role in these dangers. The dangerous chemicals are non-psychoactive byproducts of leaf combustion. Among them are the carcinogenic (cancer-causing) compounds known as polycyclic aromatic hydrocarbons (PAHs) that are thought to be a major component in smoking-related cancers. Marijuana tars have somewhat higher concentrations of PAH than tobacco on a weight-for-weight basis, and have been proven to be carcinogenic in lab cell culture studies. Additionally, pre-cancerous cell changes have been observed in the respiratory tracts of long-term, chronic smokers of marijuana. Regardless, studies linking marijuana smoking and cancer have heretofore come up with less than damning results. Studies of this nature are complicated in that many marijuana smokers have also smoked tobacco, making it nearly impossible to distinguish between the separate effects of marijuana and tobacco. But, as we shall later see, the largest studies thus far have failed to find a connection between marijuana-only smoking and cancer.

Unlike tobacco, very little evidence exists to link marijuana to non-respiratory forms of cancer like bladder, colon, and rectal cancers. This might be due to the chemical differences in tobacco and marijuana smoke along with the generally lower smoke consumption of marijuana users.

Along with the solid tars, marijuana smoke also contains gaseous toxins that are considered to be risk factors for heart and respiratory diseases. Among these are hydrogen cyanide, nitrogen oxides, carbon monoxide, phenols, and volatile aldehydes.

Human studies have found that heavy marijuana users have a greater risk of incurring respiratory diseases like bronchitis, sore throat, and other infections. The Kaiser study actually found that these risks were highest in those who had been smoking marijuana for less than 10 years. Longer-term users revealed no great risks than non-smokers—an odd statistic that the authors explained by suggesting that users with respiratory problems may be more likely to quit early.

The Kaiser study was far from holistic when it comes to detecting smoking-related cancer. Indeed, data on marijuana use and cancer are still not reliable because marijuana’s popularity is relatively recent and there aren’t that many long-term, elderly users. In the early 1990s, some specialists started reporting higher-than-expected rates of throat, neck, and oral cancers in younger, marijuana-only smokers. Dr. Paul Donald at the University of California at Davis observed that marijuana use appeared even more prevalent than tobacco smoking among his throat cancer patients under the age of 40 (Donald). On the other hand, some researchers have disputed any link between marijuana and throat and oral cancers. A more recent study of 407 patients by investigators at the Fred Hutchinson Cancer Research Center found no association between marijuana smoking and oral cancers. Regardless, the study’s author, Karin Rosenblatt, warned, “our study isn’t the last word on whether there are certain genetic factors that may put people who smoke marijuana at an increased risk of cancer,” (Rosenblatt). 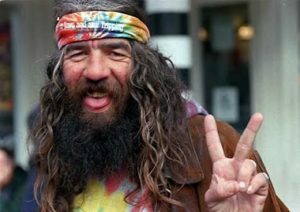 Recent scientific studies suggest that marijuana smoking is less hazardous to the lungs than tobacco. It had been widely assumed for some time that marijuana posed a similar or worse risk of lung cancer than tobacco. This assumption was turned on its head by the first large-scale epidemiological study of the link between marijuana smoking and lung cancer in 2005 carried out by a team of researchers led by Dr. Mia Hashibe and Dr. Paul Tashkin at the University of California at Los Angeles (Hashibe). A wide-scale survey of 1,209 lung, oral, laryngeal, and esophageal cancer patients, the researchers found no correlation between smoking marijuana and cancer. Interestingly, Dr. Tashking, a leading expert on smoking-related diseases, was sure they would find a high cancer incidence related to marijuana smoking. Much to his surprise, he found no increased cancer risk even in heavy long-term users. In one category—lung cancer among relatively short-term users—the data revealed lower cancer rates for marijuana smokers than non-users.
A different study by Harvard researchers showed that THC inhibited the growth and spread of lung cancer tumors in lab mice (Preet). Researchers noted that THC blocks a molecule called the epidermal growth factor which promotes the growth of aggressive small-cell lung cancers. The study goes on to suggest that THC and other cannabinoids should be looked into as possible therapies for suppressing growth and metastasis of certain cancers.

Of course, the story doesn’t end here. Researchers in New Zealand recently found evidence of increased lung cancer risk among chronic pot smokers in a case-control study of 79 young patients (Aldington). The study was wildly overblown by the media, suggesting that smoking pot was more dangerous than cigarettes and could cause a cancer epidemic. In reality, the study found virtually no difference in lung cancer risk among the pot-smoking subjects. Indeed, occasional and moderate marijuana smokers actually revealed reduced lung cancer risks. It was only those who had smoked cannabis daily for ten or more years that showed a higher risk (though, notably, less than that for tobacco smokers). Only 9 of the 79 subjects had never smoked tobacco—a population far too small to make definitive suppositions about marijuana-only smoking. Regardless, the researchers when on to state, “the results of the present study indicate that long-term cannabis use increases the risk of lung cancer in young adults.”

To date, the risks of respiratory cancers due to marijuana smoking remain up in the air. While the balance of evidence tends to tilt in the favor of marijuana’s truncated risk factors, it still maintains a definite carcinogenic hazard that clearly aggravates the risk of other respiratory diseases like bronchitis, infections, sore threat, and more. Additionally, many non-users object to the smell and presence of secondhand smoke. For these reasons and more, heavy users are advised to seek alternative delivery forms (e.g. vaporization or edibles).

BACK TO TOP
6 Comments