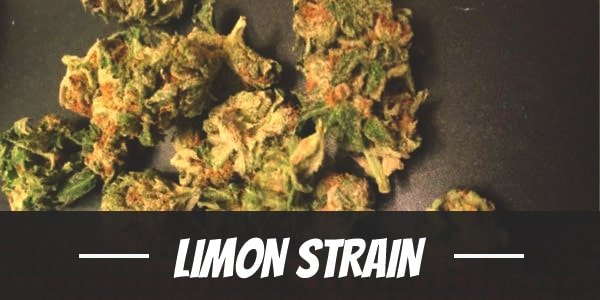 LivWell is one of the most popular dispensaries and producers of marijuana. Among their most famous strains is Limon, which encapsulates the citric zest of lemons. Its Sativa-leaning structure emulates the same energy as its scent by inducing an uplifting head high and reinvigorating body buzz.

A three-way cross between Strawberry Diesel, Sour Diesel, and NYC Diesel, Limon brings out the best traits from its parents and exhibits it proudly. It is mentally stimulating, stress-crushing, and rejuvenating. Interestingly, its diesel flavors are subtler compared to its fruitier taste and smell.

Limon’s effects are certainly more centered on the mind. However, its physical effects provide users with the energy to seize the day. At the same time, the herb’s influence on the body provide patients with much-needed rest and relaxation against the daily stressors of life.

Limon’s mental effects hit right after the first puff. Energy levels rapidly increase as a rush of euphoria uplifts the mind. Within minutes, demeanors change for the better as a happiness radiates from within. The mental stimulation also clears a pathway for thoughts to disperse into innovative ideas.

Signaling the start of the bud’s Indica effects is the same uplifting buzz from the initial head high. It ebbs down from the temples and surges through the muscles, invigorating the body through and through. Though relaxing, its tranquilizing effects are not overwhelming. Rather than locking users to the couch, it provides enough energy to complete various tasks during and after the session.

Dosage plays an important role though, especially since Limon is a potent herb with THC levels that average at 19%. Smoking high amounts will turn an otherwise pleasant, productive buzz into a subtle but unsettling feeling of paranoia.

Limon initially smells strongly of citrus and lemons. Breaking apart the buds releases its undertones of freshly picked berries with notes of rich soil. Once combusted, the sour overtones resemble the sharp diesel scent of its parents but with a bit of spiciness to it.

As it enters the palate, the sweet flavors of citrus and lemon topped with berries wash over the mouth. Enhancing the taste it is drawn is a tinge of earthiness that make the bud seem fresh. On the exhale, its acrid smoke leaves a fascinating diesel aftertaste.

Like other strains, Limon causes the inevitable feeling of dehydration. It is most notable in areas like the eyes and the mouth, where cannabinoids interfere with the production of moisture. The discomfort it causes is mild but it often goes away with time. Still, if symptoms persist, downing a few glasses of cold water should provide temporary relief through out the day.

In rare instances, the overwhelming power of its THC levels can green users out. A condition characterized by heightened senses, it can be dizzying and anxiety-inducing. At times, a subtle feeling of paranoia may even present itself. As such, it is important to stay within one’s thresholds or gradually build the dosage.

Limon is a strain with immense therapeutic value. Its THC, along with its zesty terpene profile, energize users from a depressive stupor caused by self-depreciating thoughts that haunt the mind. A natural anti-depressant and stress-reliever, it calms the overwhelming dread that often backs confidence into a corner.

Apart from its uplifting behavioral buzz, the same psychoactive compound also relieves various aches and pains all over the body. It energizes users and gets rid of fatigue. At the same time, it reduces redness and swelling through its anti-inflammatory properties.

Because LivWell maintains a proprietary hold on Limon, it is highly likely that its seeds are not available in the cannabis industry regardless of form. While this may be sad for aspiring growers of the strains, it helps the company maintain control of the quality of its buds as well as its cannabinoid content.

Still, its growth profile can be determined by its classification and structure. Naturally, it exhibits classic Sativa traits such as a height of up to 7 feet. Its tall stalks are lanky with narrow leaves on each side of the plant. Apart from support, the plant will need to be topped early to keep it short enough for tight spaces.

Trimming away dead branches will distribute nutrients to healthier parts. At the same time, it will also improve air and light circulation. Low-Stress Training techniques such as the Screen of Green paired with methods like super cropping will enhance its trichome production.

Though Limon flourishes best in warm weather, it will produce decent results in colder weather. During the flowering period, the herb produces airy flowers with vivid green colors. Additionally, a blanket of crystal trichomes cover the bud, alluding to its potency.

TIP: Looking to buy seeds like Limon? Check out my marijuana seed bank

Unlike other Sativas, Limon is a quick-flowering strain that matures within 7 to 9 weeks. Once ready for harvest, it yields 12 to 16 ounces of buds per square meter.

Resilient against the cold weather of the northern hemisphere, it flowers early from the end of September to the middle of October. It yields at least 16 ounces of buds per plant.

Have you ever smoked or grown your own Limon? Please let me know what you think about this marijuana strain in the comments below.