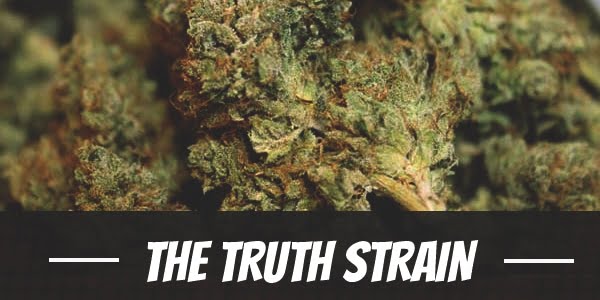 There are a lot of potent cannabis that is widely available in the market. Hence, it can be a challenge when choosing what to use. For that reason, some people opt to go with a hybrid that has made a name for itself. One way to do that is to look at the accolades it has received. To that end, The Truth should prove to be an excellent choice. After all, it did place second in the 2014 High Time Cannabis Cup for best Indica in Amsterdam.

Information about The Truth:

OG Kush is one of the most prominent strains the world has ever known. For decades, it has provided users with an exceptional euphoric experience. In fact, numerous breeders have used it to develop many other hybrids. Even its phenotypes have become legends of their own.

Unfortunately, it is becoming apparent that the OG Kush variety in the market appears to be more timid that it once was. For that reason, True Canna Genetics in association with OCD Labs decided to work on bringing back the OG lineage of old.

Through a series of crossing and backcrossing, the breeders reintroduced the genetics of Chemdawg to SFV OG before pairing it with a descendant of OG Kush, the clone-only Triangle Kush. The result is The Truth, a hybrid that brings back the raw potency that the original OG is famous for in the United States. Furthermore, they also improved the structure of the plant in that it produces denser buds with better trichome coverage.

In essence, True Canna Genetics The Truth is the closest that one can get to the original OG Kush that circulated back in the early 90s, the legendary strain that became the backbone of many prominent hybrids that originated from the West Coast.

Information about The Truth:

Choosing the cannabis to use comes with all sorts of uncertainty. Strains have to be tried out before proving whether the effects expected are sham or not. To that end, True Canna Genetics have done a marvelous job of engineering The Truth to be closer to its legendary ancestor.

We don’t currently sell the truth seeds. Check out other Hybrid seeds in our marijuana seed bank.

“The truth shall set you free,” so goes the saying. Indeed, smoking the strain sets the mind free. The mental high it induces unlocks the creative side of users even as it helps clear the head. As a result, users have a sharper focus allowing them to stay productive. But more than keeping people motivated, the strain also triggers the release of happy endorphins.

Soon after, the physical effects of The Truth join the euphoric mental celebration. In some ways, it helps keep the cerebral high in place and stable by not allowing it to become overbearing. As it trickles down to the body, a deep relaxation soon ensues.

It is really amazing how strains could consist of such different aromas but still complement each other. Just like with The Truth, it emits a classic marijuana scent of musky earthiness with hints of woody pine and fruits.

Similar to its aroma, the flavor of The Truth is weirdly enticing. Given that it has an earthy and woody taste, this strain also has notes of spice and berries. Though it might be a new combination for the taste buds, it is surprisingly good.

The Truth delivers effects that prepare one to face action. However, it is also no surprise that it comes with adverse reactions that may cause some discomforts. The most frequent ones are dryness of mouth and eyes.

If one has a low cannabis tolerance level or perhaps when overindulging, other reactions may occur. For example, one may have a mild headache or feel a tad bit paranoid.

Most strains contain a high amount of THC content. Just like The Truth, it comes with up to 22%, a level considered as insanely high. In other words, it comes with potent psychoactive properties. Still, these same properties are also what adds to the medical benefits that its generous CBD level provides.

We don’t currently sell the truth seeds. Check out other Hybrid seeds in our marijuana seed bank.

As mentioned, The Truth produces a remarkable cerebral high. That being said, its euphoric effects benefit those who need help psychologically. In turn, those who are suffering from depression and chronic stress will find it easier to manage their emotions.

The Truth contains a lot of components that helps relax the body. Due to that, it has the ability to soothe the patient’s muscles. It has enough anti-inflammatory properties to relieve one from the uncomfortable feeling of muscle spasms, chronic pains, and even headaches.

Patients could enjoy this strain and still end the experience with sedation. Of course, besides relief from discomforts, that means it is also conducive to sleeping.

There is not much information on the cultivation of The Truth. Nonetheless, a reasonable assumption can be made based on its properties and traits. It appears that the strain may require growers to have at least some prior experience in cultivating cannabis.

Growing it indoors takes more time compared to other strains. Flowering takes up to 9 to 11 weeks with yields that reach up to 12 ounces per square meter.

Outdoors, The Truth may be maximized to its full potential when placed in a warm environment. Harvest is ready by the beginning of October with yields up to 12 ounces per plant.

FAQ About The Truth Strain

What is the The Truth strain yield?

How much THC does The Truth have?

What are the origins of the The Truth strain?

The Truth was created from a mix between Triangle Kush, Chemdawg, SFV OG

Have you ever smoked or grown your own The Truth? Please let me know what you think about this marijuana strain in the comments below.