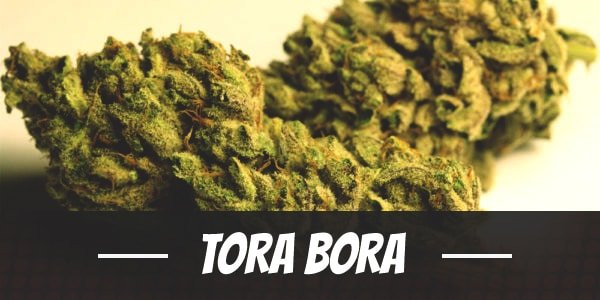 The almost pure Tora Bora Indica strain is unique. No one can question its ability to exert a numbing physical experience. But it is where it leads to that varies in two ways.

Most people, seeing the name of the strain are not likely to know that it is the name of a cave system in Afghanistan. Those who do must have seen it in the news or were there as combatants. Back when the United States began the War in Afghanistan campaign, some of the early battles took place here. It was believed then that Osama bin Laden was hiding in one of the caves in the region.

Strange as it is to name a strain after a cave system, Tora Bora does trace its roots back to the Hindu Kush region.

LA Confidential, one of the parent strains, is a descendant of OG LA Affie and a classic Afghani Indica. Using this hybrid, DNA Genetics crossed it with the pure Pakistani X18. As most people in the cannabis scene knows, the Hindu Kush region is where the best Indica pure breeds are found. Besides the physical effects, these strains also come with exceptional medicinal values.

So far, there are no published data on the CBD level of Tora Bora. However, there is another strain that goes by the same name bred by The Vault Genetics. To distinguish between the two:

The Vault Genetics variant using the same parent strains has lower THC at 4% to 6% but comes with 8% to 14% CBD. It also took second place as the High Times Best CBD strains of 2015.

Tora Bora is a hard-hitting Indica strain. Even when using only a small amount, it comes with enough potency to knock out even seasoned users.

At its onset, Tora Bora ushers an uplifting sensation that puts the mind and body at ease. Some people may find themselves feeling creative or even euphoric. But these effects are not as a result of the psychoactive properties of the strain. Instead, it is due to the ever-increasing intensity of the body high. Pretty soon, two things are likely to happen.

It begins with a numbing buzz that drifts down from the neck down to the spine. As it spreads over the body and limbs, users succumb to the deep body relaxation. Some people may find themselves spacey and contented to soak in bliss. Others, though, may experience a pleasurable mind-bending though-provoking mental high while ebbing with the physical effects.

As the sedation takes over, most people will then proceed to drift off to sleep.

People should use Tora Bora only on days where there is nothing else to do. It makes perfect sense to use it in the evening as one prepares to sleep within two or three hours.

Tora Bora emits a mild aroma that becomes more pungent as soon as users break the bud. It has the mix scents of earth and wood as well as a sweet and fruity note of berry.

Much of the fragrance of Tora Bora carries over. Cannabis aficionados are likely to recognize the mild sweet hash taste mixing with its candy flavor.

For all the benefits that Tora Bora brings to both recreational and medical cannabis users, it is also not an easy strain to handle. Using this marijuana can bring on some adverse effects.

While dry mouth is typical, and so is dry eyes, the other possible conditions caused by the strain seems to be more pronounced compared to others. These include dizziness or having a headache. In some cases, a few people may also experience anxiousness.

Tora Bora from DNA Genetics does not have the same high CBD level as the one from The Vault Genetics. Still, the very same traits that have made the Hindu Kush strains valued in the medical cannabis scene is present in this hybrid.

As can be expected of an Indica plant that overwhelms the body with a numbing and sedating high, it can help relieve the symptoms of chronic pains and muscle spasms. It goes without saying that by inducing a profound body relaxation, users are also going to fall asleep even before the effects of the strain ultimately leaves the body. For that reason, it becomes a useful aid for patients and even insomniacs who need quality sleep.

Tora Bora produces beautiful forest green buds with amber colored hair. These buds are also covered with a thick layer of sticky resins. Growing the plant is a delight and best of all, it is quite tolerant and resilient making it an ideal choice for first-time growers.

It takes at least eight weeks before Tora Bora is ready for flowering. A good suggestion to follow is to allow it to vegetate a week more before triggering. During harvest, this strain is quite generous with every square meter having a yield of up to 18 ounces of buds.

When grown in the open, it is likely to result in better flavors. That is because most indoor growers default to hydroponics. At any rate, one reason that makes it ideal for novice growers is that it can tolerate changes in climate. For instance, it can withstand a colder environment but not to the point of freezing. It starts to flower in the first two weeks of October. Once ready, growers can expect to harvest 18 ounces of buds or more per plant.

Have you ever smoked or grown your own Tora Bora? Please let me know what you think about this marijuana strain in the comments below.