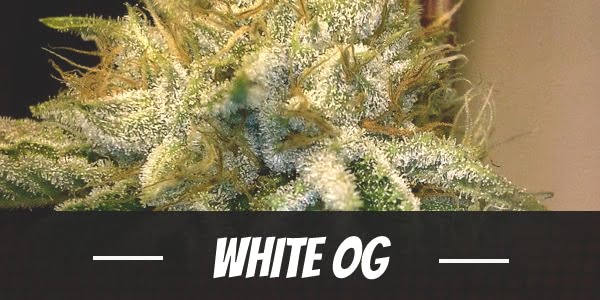 When one thinks about it, a species should beget the same species. And that is how it works with plants including cannabis. In other words, when growers cultivate a particular strain, then what grows is the same strain. So, should people expect the same thing from White OG? It seems not, though.

Bred by Karma Genetics, the strain has proven to be exceptional since its release. In fact, it has already pocketed several awards including two Cannabis Cups, 2010 and 2014. It also traces its genetics to two notorious strains – The White and SFV OG.

As soon as one sees its lineage, the choice of its name becomes clear. But names alone do not make for an exquisite strain. It is what made the predecessors extraordinary and how much of it White OG inherited that matters.

No one knows who the original breeder of The White is or its exact genetic origin. Nonetheless, its name is due to the white trichomes covering its buds. If looks alone do not impress, then the fact that it contains up to 29% THC should.

Karma Genetics picked SFV OG as the second strain. All over the world, cannabis connoisseurs should be familiar with OG Kush. After all, it is one of the most famous cannabis hybrids of all time. One of its phenotypes is SFV OG. By pairing it with The White, the breeder has developed an award-winning balanced strain.

As alluded to earlier, growers of this strain should know that there are two known phenotypes. One leans more towards The White while the other with SFV OG.

White OG shows its users some mercy before unleashing everything it has. In most cases, it means a fun and relaxing experience. But this strain is anything but ordinary. Like one of its parent, it boasts of 24% and up to 28% THC. While people may describe it as insane, the real insanity is in overusing it.

For a brief moment of time, at its onset, the strain delivers a euphoric buzz. Seconds later, it slams the head with an intense cerebral high that often leaves users stoned. While typical Sativa effects induce mental clarity, White OG causes cerebral haziness.

As users drown in the intense cerebral euphoria, a warm sensation ebbs down to the body. It does not take long before it kicks in hard and become overwhelming. The numbing buzz puts people in deep relaxation and later take them to dreamland.

OG Kush is very much evident once users open the container. A sweet, earthy scent with notes of lemon fills the air. Break the buds and its aroma not only becomes more pungent, but it also has an undertone of pine.

Upon combustion and inhaling, its smoke may be a tad bit harsh for some people. Nonetheless, its delightful blend of citrusy and lemony taste more than makes up for it. During exhalation, users should also find the aftertaste of wood quite pleasing.

On causing adverse effects, White OG is not at all any different from other strains. It can cause people to have dry mouth and eyes. Also, it is possible that others may feel dizzy or have a headache.

All things being equal, it seems that it has less pronounced reactions compared to others. Of course, that is assuming that users consume only a minimal quantity. Even so, its effects can still be overwhelming.

One of the best traits of OG Kush is very much evident with White OG. The incredible narcotic high it delivers can get rid of stress in no time at all.

It does not have much of CBD hence people cannot use it to treat epilepsy or seizure. Still, some people can even use it to relieve themselves of pain. Although, it is more psychological rather than physiological.

Feeling zoned out and in deep relaxation, most people who use White OG end up drifting off to sleep. As such, it makes for an excellent evening strain.

There is not a lot of information with regards to cultivating the cannabis plant. But we do know that it thrives in both indoor and outdoor environments. It is also a sturdy plant hence beginners should be able to cultivate it until harvest time.

Growers can start the flowering stage between 9 to 11 weeks. Every square meter of this cannabis can produce up to 12 ounces.

A reasonable assumption is that the plant grows well with plenty of sunlight. It should start transitioning to the next stage during the third to fourth week of October. During harvest, the estimated yield is around 12 ounces per plant.

Have you ever smoked or grown your own White OG? Please let me know what you think about this marijuana strain in the comments below.