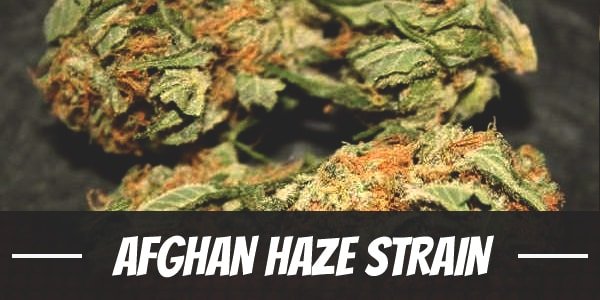 Only a few strains in the world can even come close to the premium quality of Afghani Indica and Haze Sativa.

Both these cannabis strains, for decades, have spawned countless others including prominent lineages.

In fact, to even talk about any awards these two have won is in itself an insult.

After all, these are transcendent species that set themselves apart from the others.

So, when two of the foremost breeders in the world got together, there must be something good in the works.

The choice of both Afghani and Haze makes sense. The best breeders only work with the best strains.

For generations, the Afghani did not only provide comfort to medical cannabis users.

Found in the Hindu Kush region, the Afghani is likely the best Indica pure breed ever.

Haze, on the other hand, carries in its genes the DNA of four Sativa landraces – South American, Thai, Mexican, and South Indian.

It is not an easy-to-grow plant, but its high-energy, creative buzz is more than enough to make it a highly sought-after strain.

Although they did not disclose the process itself, it is a fair assumption to think that it must have taken a long time.

Once satisfied with the creation, they released the Afghan Haze.

Not only did it represent the best of both worlds, but it also took the cannabis scene by storm.

Among the many traits that the Afghan Haze took from the Afghani and Haze, one is potency.

At its onset, the strain induces an uplifting mental buzz that lightens the mood.

Users tend to have a clear mind with heightened senses and sharper focus.

Although Afghan Haze leans more to the Sativa side, its Indica traits are also potent.

Once it starts trickling down, the warm and not-that-subtle numbing buzz soothes tired muscles.

As tension leaves the body, the overwhelming sense of wellness leads to bouts of giggles and laughter.

Depending on usage, some people may end up with a dreamy high.

Others may succumb to the deep relaxation and go on to sleep.

Afghan Haze has an unusual blend of damp earth and wood. A mild sweet note also accompanies it.

For all the beautiful effects that the strain delivers to users, its scent is lacking.

Not that it is bland but more because some people find it not as enticing as others.

Much of the fragrance of Afghan Haze carries over to its smoke, but this time with a skunky note.

Some people may also find it a little bit more on the sweet side as well.

There are no surprises when it comes to adverse effects of using Afghan Haze.

Instead, some conditions that may occur are typical with the use of cannabis.

Among the most common ones are dry mouth and dry eyes.

Other conditions such feeling dizzy, having a headache, or becoming anxious are less likely to occur.

If these do happen, then it is because there are people who are simply more susceptible, or perhaps smoking too much and exceeding individual tolerance limits.

One of the best uses of the Afghan Haze within the medical cannabis community is as a mood-enhancer.

It has an uncanny ability to help swing the mood with not only its uplifting buzz but also because of the intense body high.

In essence, it helps give comfort and reprieve to people who are enduring depression and several other similar or related conditions. It also goes without saying that the strain is also quite an effective stress-reliever.

Another popular use of Afghan Haze is to combat the symptoms of headaches.

To a lesser degree, some people use it to deal with gastrointestinal issues such as feeling nauseous.

While at the onset, the strain can provide a temporary boost in energy, users can fight off fatigue only for a short period.

This effect is negated once the physical high sets into the body.

One can choose to buy the finished product or cultivate.

At any rate, the Afghan Haze comes in the form of minty green nugs with red tones covered with reddish frosty resins.

Growers do have the choice of doing it indoors or outdoors.

Unfortunately, the Haze lineage of the plant means that it is difficult to grow. Hence, beginners are better off starting with another strain.

Afghan Haze will take time to cultivate. It also will need a little bit more space than typical cannabis plants.

One thing that the less experienced growers may find confusing is that it may result in different phenotypes.

The flowering time indoors is in ten weeks on average. Experienced growers will have to use a rigorous training method. Once ready, the estimated yield is between 12 to 16 ounces of buds per square meter.

Afghan Haze loves the sun. Under the right conditions, its flowering time falls between the third to fourth week of October. During harvest, each plant can produce up to 16 ounces of buds.

What is the Afghan Haze strain yield?

How much THC does Afghan Haze have?

What are the origins of the Afghan Haze strain?

Afghan Haze was created from a mix Afghani and Haze

Have you ever smoked or grown your own Afghan Haze? Please let me know what you think about this marijuana strain in the comments below.