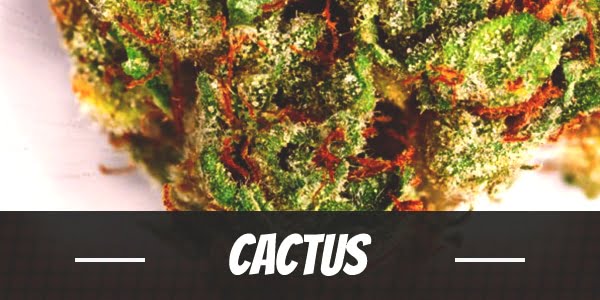 Jordan of the Islands has been around for a long time. For more than two decades, they have had a lot of success with many of their strains. We define success not only due to popularity. More importantly, it has to be of premium quality. One such example of Cactus.

On the surface, it is a strange name to use for a cannabis strain. Indeed, it was not named as such for the geographical locations of its lineage.

One of its parent strain is an Afghani Indica. As we all know, the Hindu Kush region in Afghanistan, near the border of Pakistan, has arguably the best landrace strains in the world. Using one of the pure breeds from this area is a no-brainer. Besides the excellent effects, these are also plants that can tolerate harsh conditions.

Another strain used is the legendary Northern Lights, a hybrid that was almost lost during the war on drugs in the USA back in the 70s to 80s. Fortunately, the strain made its way to Holland and propagated by Sensi Seeds. A testament to the greatness of the Northern Lights is that it goes head to head with landrace strains with regards to being used to breed others.

There is no need to think about awards or competitions when it comes to Afghani strains and Northern Lights. Both have transcended that and will be among the best of the best and for all time to come.

As a result of the union between the two highly-regarded strains, Cactus was born. Back to the question of naming the hybrid, it is because of the appearance of its buds that are reminiscent of its namesake.

Cactus, even at its worst, still packs some 15% of THC. It could also be as high as 24%. With that being said, this is an insanely potent strain that can induce a very intense high. Instead of simply overwhelming people though, its Afghani lineage keeps the effects in check.

It starts off by delivering a euphoric cerebral high that alters the behavior of users. It enhances the mood by making people feel happy and joyful. At the same time, not only does it clear the mind, but it also encourages the continuous flow of thoughts and ideas. Most people would even feel very motivated and can attacks tasks with an energetic zeal.

Although it is a predominantly Sativa strain, its effects are more balanced. It so happened that among the best traits of both its parent strains are the Indica properties. While the head buzz is ongoing, its effects start to ebb down to the body. As a result, it not only reduces the tensions but also calms the muscles. It does come with sedative-like traits that induce a full-body relaxation.

People who end up using too much is not likely to lose focus. Instead, as they settle down, the mind continues to race through one idea after another. In some cases, though, it may also lead to introspection.

Imagine the smell of the air in a desert when it rains (as if that is possible at all). Surely, the smell of the wet sand is not likely to vary much from the scent of a garden on an early morning. Add to that the citrusy scent with a note of pine, and that is how Cactus smells.

The strain has proven to emit a pleasant aroma. Equally impressive is how it carries over to its taste with a sweet and spicy note. Most people are not only going to be appreciative of its flavors but also the smoothness of the smoke.

The good news is that no one will get pricked. But having dry mouth and eyes can be expected.

On occasions when users end up using a little bit too much, then some may have a headache or feel dizzy.

What users should know though is that the Cactus is known to cause some people to feel paranoid. Not everyone does, but those who are already going through anxiety issues are more likely to be susceptible.

As mentioned, one of the effects of using too much is that some people may have a headache. Surprisingly, pain alleviation including from a headache is one of its best medical benefits. In most cases, it is due to the sedative-like traits of its Indica side combined with the shift in focus due to the mental high that gives comfort to people suffering from chronic pains. As a side benefit of the euphoric and uplifting high, Cactus can also help as a stress-reliever.

Cactus thrives well regardless if planted indoors or outdoors. It produces tight buds with pink and orange hairs. It also comes with a reasonable amount of sparkling resins.

Flowering time for the plant should be at least 8 weeks. It is best to let it grow sturdier as well as to prepare it for a larger yield. Not that it produces a lot. In fact, it does not, which is why every ounce counts. To improve its yield, growers are better off using hydroponics and use the Sea of Green training method. Upon harvest, each square meter will likely produce 4 to 8 ounces of buds.

Unlike its namesake, Cactus the strain thrives better in a warm climate with plenty of sunshine, but also with ample shading. Usually, flowering occurs on the first week of October with each plant likely to produce around 8 ounces of buds.

Have you ever smoked or grown your own Cactus? Please let me know what you think about this marijuana strain in the comments below.