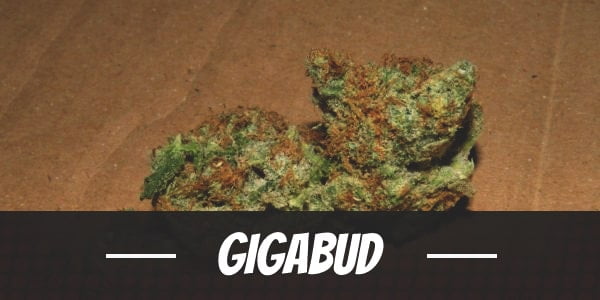 For many commercial growers, quantity plays a significant role in choosing plants to grow. As much as they want to cultivate the ones that produce the most, they cannot do that. It is because users tend to prefer quality. As such, the best-known breeder has known through the years how to thread the delicate balance. One example of that is a strain that is not only able to induce happiness, but it is also potent enough to put one to sleep.

As its name suggests, Gigabud is notable for its large buds. Furthermore, it also produces a bountiful yield that makes it worthwhile for commercial and home growers.

As users are aware of, the best breeders will take their time to create their masterpieces. Not only do they want to take the best effects of its parents, but they also try to influence the way a plant grows. One such breeder is G13 Lab. Using two prominent strains, they struck the perfect balance between quantity and quality.

Big Bud is a famous strain that most cannabis recognizes for its enormous buds. It first came into the scene in the 70s before making its way to Netherlands. Among its most notable traits, besides the size of its buds, is its full body relaxing effects.

Another famous strain is the legendary Northern Lights. Since it found its way into the market, breeders had used it to produce countless hybrids. Aside from intense physical effects, it has a more pronounced euphoric mental high.

Using both Big Bud and Northern Lights, G13 created Gigabud. Not only does the new strain produce large buds, but it also delivers an intense physical high. Such traits, naturally, were inherited from its parents.

From high to low, in some sense, that is how one can describe the effects of Gigabud. At its onset, it delivers an intense cerebral high that swings the mood. As users start to feel happy, they also have a mild boost in their energy levels. Of course, that is a good thing because aside from that, users also have a clearer head.

One would think that users can do their tasks quicker in a more efficient manner. But the ability to focus is soon eclipsed by the creeper. Working its way into the body, the heavy hitting Indica side soon starts to overwhelm the body. Beginning with total body relaxation, users soon find themselves reluctant to move. For some, not only do they feel lethargic, but they are also likely to stay locked on the couch.

At this point, the battle of will begins. That is because Gigabud causes a severe case of the munchies. Although the urge to eat is pretty strong, so is the urge not to move at all. As strange as it may sound, it is also this trait that makes it perfect for medical marijuana users.

The massive size of its buds may lead some people to assume it comes with a pungent odor. But on the contrary, it comes with an underwhelming sweet scent with an earthy undertone. Of course, growers like it this way as there is one less thing to worry about while cultivating the plant.

While it does come lacking with its scent, it makes up for it when it comes to its flavors. The fruity sweet smell has a peppery, spicy hint and a more pronounced taste of herbs and pine wood. Overall, most users should find Gigabud pleasant to the palate.

As a seasoned cannabis user, some reactions are so common that they do not even feel it anymore. For instance, most users can expect to experience dry mouth and eyes. Although it is mild in most cases, using too much worsens the symptoms of these effects.

One concern of note, though, is with regards to people who are dealing with anxiety issues or disorder. Because Gigabud can cause an elevated level of anxiousness, they should avoid using this strain. In some instances, some users may also experience minor annoyances – headache and dizziness.

As mentioned, the same trait that delivers a heavy hitting physical high is of benefit to medical cannabis users. As it does have some analgesic and sedative-like traits, it can do wonders for people suffering from chronic illnesses. These are individuals who have to endure constant pain, and Gigabud can take that away.

At the same time, the complete relaxation users feel coupled with feeling happy due to the mental high, any sign of stress is eviscerated.

We also mentioned the battle of wills earlier. Depending on the necessity, users can adjust the amount of consumption in which one can either eat more or go into deep sleep. In other words, it has its benefits for people with poor appetite or trouble sleeping.

Growing Gigabud is such a joy, and why not? It is one of the easiest strains to grow. Just the sight of the dark green buds covered with thick resins can already make one happy.

Outdoor, it thrives in a Mediterranean climate. Growing much like typical Indica plants, it can reach up to 5 feet tall. But if privacy is a concern, or in the absence of outdoor space, it grows well inside the house too.

Growers have a choice of using soil as the medium or hydroponics. In this case, one may consider topping it early to keep it shorter and to further encourage outward growth.

Gigabud does not take long before it is ready for flowering. As early as five weeks, growers can already trigger it. Once harvested, it has a yield of 12 to 16 ounces per square meter.

The plant starts to shift to the flowering stage between September to early October. Once harvest time comes, the holiday season sets upon growers as the Christmas tree-shaped plants can produce at least 16 ounces of buds each.

Have you ever smoked or grown your own Gigabud? Please let me know what you think about this marijuana strain in the comments below.