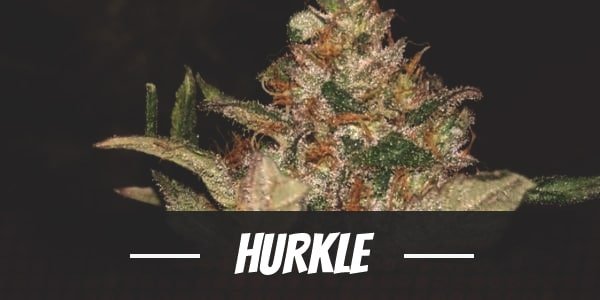 TGA Subcool Seeds is responsible for many of the famous THC-laden strains that are found in the cannabis industry today. Though its products are mostly used for recreation, its founders were actually a small group of medical growers that designed strains to provide users with comfort from pain and nausea among others.

One of the best strains the company produced is Hurkle, an Indica-dominant hybrid that envelops users in a soothing mental and physical buzz. However, nothing short is expected of its high CBD levels. Still, many recreational users enjoy the mild psychedelic high induced by its up to 12% THC.

In creating the hybrid, TGA Subcool Seeds used the high CBD Sativa leaning strain Harlequin as a base. From it, Hurkle garnered its mood stabilizing high which removes stress and anxiety. Next, the growers paired it with its potent predominantly Indica bud Querkle to enhance its tranquilizing body effects.

True to its Indica-dominant genes, Hurkle is a creeper with effects that take some time to manifest. However, once its onset does begin, users note a gentle rush of euphoria which introduces a pleasant cerebral high. It inspires a sense of happiness from within which leaves users feeling refreshed.

After a few hours, the same uplifting buzz swarms the body after trickling from the temples. It soothes the muscles and releases tension. Replacing it is a heaviness in the limbs that intensifies with each puff. Users find themselves having difficulty moving from one place to another or from performing minor activities.

Signaling the comedown of Hurkle’s effects is drowsiness. The eyes become heavy and start to droop. It becomes difficult to stay awake until, eventually, users fall deep asleep and wake up feeling well-rested the next day.

Hurkle’s pungency is attributed to its high CBD levels which are higher compared to normal strains. It carries overtones of coffee and chocolate complimented by undertones of freshly picked citrus. Broken apart or combusted, it releases a mix of sweet berry and sour diesel.

Drawing in Hurkle is similar to drinking a cup of brewed coffee sweetened by chocolates. Meanwhile, savoring the bud produces a tinge of grape and berries. On the exhale, it leaves a mild citric aftertaste akin to diesel.

Users rarely develop side effects with Hurkle. Often, any reactions that develop are related to dehydration such as red eyes and a cotton mouth. Seldom do either ruin the experience of marijuana. In fact, both are mild and disappear on their own after a few hours have passed. Still, if the discomfort continues, users may down a few glasses of water.

Apart from the dehydration, Hurkle has little to no side effects. Depending on the dosage, one may possibly experience a subtle but temporary dizziness while smoking the bud. Exercising caution, however, will keep such effects at bay.

With up to 10% CBD, and some phenotypes producing even more, Hurkle is no doubt among the top medical strains in the cannabis industry. Its impressive analgesic properties ease the suffering caused by physical pain. From the temples, a soothing sensation reduces swelling and redness of inflamed muscles and limbs.

Hurkle also carries mood-enhancing effects that relieve stress. It stabilizes turbulent emotions and calms overwhelming anxiety which often interferes with one’s daily life. At the same time, it temporarily appeases symptoms of mental health issues such as depression and PTSD. However, it is important to consult with a physician while using the bud for self-medication.

Users eventually fall into a deep slumber as the tranquilizing high wears on. Apart from its sedating qualities, Hurkle also enhances both the quality and quantity of sleep.

Hurkle produces phenotypes that have varying CBD to THC ratios. In spite of this, its structure remains similar across the variants. It is short and compact. It fits in most growing spaces and rarely needs to be topped early. Still, those with truly limited spaces may shorten the vegetative period to keep the plant short.

Adding to Hurkle’s appeal is its sturdiness. Its thick stalks and branches have high resistance against strong gusts of wind, mold, and mildew. And, in spite of its preference for a warm climate, it thrives in the colder weather of many countries found in northern latitudes. Still, many commercial growers prefer cultivating the strain indoors where factors such as temperature, lighting, and humidity can be easily adjusted.

Due to its pungency, growers must employ odor-control measures such as carbon filters. After all, a single plant can fill a space with its distinct scent.

At the moment, Hurkle is only available in regular form which requires growers to apply pre-germination techniques like soaking to increase the chances of producing a female plant. Low-Stress Training will later keep the calyx-filled resins from turning into a hermaphrodite.

Hurkle has an indoor flowering period of 7 to 9 weeks. It produces between 10 to 12 ounces of buds per square meter.

In the northern hemisphere, Hurkle flowers from the last week of September to the second or third week of October. Once mature, it produces at least 12 ounces of buds per plant. Under the expert care of a seasoned grower, however, the Indica-dominant herb yields even more.

Have you ever smoked or grown your own Hurkle? Please let me know what you think about this marijuana strain in the comments below.