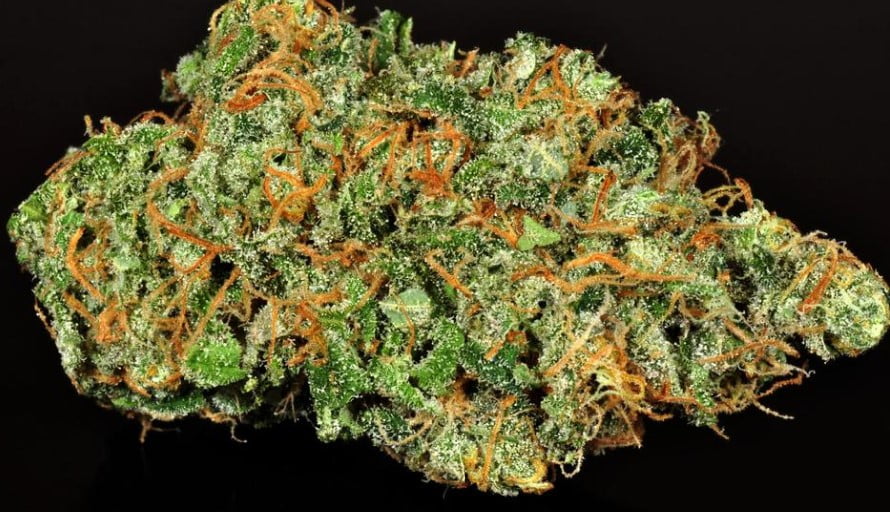 Aptly named after the popular science fiction drama, X-Files’ intense psychedelic high truly takes users to outer space. Its cerebral and body buzz is spectacular and, with a THC level of 21%, can be quite debilitating. In moderation, however, they promote a sense of well-being and happiness.

In creating their perfectly split hybrid, Pheno-Type Seeds crossed three legendary strains. With the Sativa-dominant Sour Diesel as a genetic base, it created a tangy smoke that is as uplifting as it is relaxing. Its dense and huge buds take after it too.

The other two parents of X-Files are notable in their own right. Mask doubled the happy high X-Files induces while Purple Drank’s pure Indica genetics increased its ability to deliver a soothing and relaxing body buzz.

Interestingly, one less parent and users would be smoking the Flowers for Algernon strain.

There is no reason to believe X-Files does not take users on a soaring psychedelic trip. After all, its THC levels are potent enough to satisfy the needs of a thrill seeker. However, before the extraterrestrial ride blasts its engines off, it swarms the mind with a euphoric rush. The mental upliftment readies users by inspiring an unyielding happiness from within.

Lurking in the background is X-Files’ Indica effects. Often, users do not notice the creeping body high until it fully envelops them. But, for those who do, it begins with a mild buzzing sensation in the temples. With each toke, intensifies until it coats each muscle in relaxation. Because of its well-balanced effects, X-Files can be consumed during any time of the day.

In moderation, the effects release pent up tension and frustration. To some, the newly-found freedom is arousing. This is not surprising as X-Files does have natural aphrodisiac properties. As such, it is best toked with a loved one. Although, too much can ruin any exciting plans ahead.

Anyone familiar with Sour Diesel will immediately recognize the spicy diesel scent of its offspring, X-Files. Its undertones, however, are completely reminiscent of lavenders. Broken apart, they release a surprising fruity fragrance marked by berries and grapes.

In the palate, the once mild citric fragrance of lemons, berries, and grapes explode. Blending in with the sweetness is the earthy but floral taste of freshly-picked lavenders. Lingering in the mouth once the smoke is exhaled is the striking balance of sour diesel.

Marijuana always comes with a cost. Thankfully, the price to pay for the X-Files is quite cheap. Like other strains, it causes a mild bout of dehydration usually affecting the eyes. And, with certain cannabinoids interfering with the production of saliva, users end up with a cottonmouth as well.

Though barely noticeable, many beginners find the dry spell a little uncomfortable. In such cases, it is common to have a drink. Preferably not alcohol as it does not pair well with marijuana. Having a shot of espresso is also out the door as it can antagonize the cerebral effects. Instead, the best option is water.

Although rare, X-Files can also momentarily dizzy users. While individual tolerance is a huge factor, so is how the bud is smoked or vaped. Generally speaking, toking too much in a short amount of time can cause it. As such, marijuana should always be paced.

Though presumably a recreational strain, X-Files’ retain enough therapeutic chemicals to be of value to the medical community.

Because of its balanced high, people can use it to relieve both mental and physical ailments. For example, its uplifting happy high kills stress and alleviates symptoms of depression. Similarly, it also calms worries and clears away negativities in anxiety-prone individuals.

In large doses, THC can double as a painkiller. Its body buzz relieves pain caused by cramps, contractions, and aches. As it reaches the gastrointestinal tract, it soothes the sharp sting of spasms in the stomach of food-deprived patients. In doing so, it erases the nauseous state that often precedes vomiting.

Much of the difficulty that comes with growing X-Files is in acquiring its equally elusive seeds. In actuality, the plant is an easy strain to cultivate. Because of its pure Indica parent, Purple Drank, its stalks grow short and sturdy. Its strong branches, on the other hand, carry the weight of its heavy buds. Needless to say, it is still tolerant to over and under-fertilization.

Regardless of where it is grown, X-Files yields high. However, commercial breeders may prefer growing their batch indoors. Besides keeping the plant safe from pests, important factors such as lighting, temperature, and humidity are easily adjustable in a controlled environment.

Once mature, X-Files produces neon green buds shaped like a fox’s tail – tapered on one end and blunt on the other. Contrasting its bright colors are burnt orange pistils and milky trichomes. When placed in one’s hand, the nugs’ thick resin leaves a sticky residue.

Being a perfectly balanced hybrid, X-Files flowers faster than a Sativa but a little slower than an Indica. After an indoor flowering period of up to 10 weeks, each square meter produces at least 12 ounces of buds. Using the Screen of Green method, however, will hasten the process to 8 weeks.

By the first to third week of October, garden grown X-Files plant should be ready for harvest. Typically, each plant will produce at least 14 ounces of trichome frosted buds. But, depending on climate and location, yields can be higher and the flowering period shorter.

Have you ever smoked or grown your own X-Files? Please let me know what you think about this marijuana strain in the comments below.