Skip to content
Home › Lifestyle › What is a Spliff
Reading time: ± 9 minutes 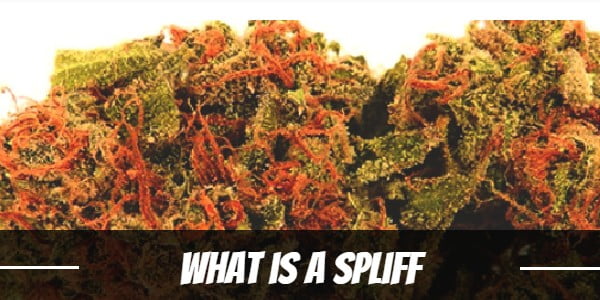 There are many ways to consume cannabis. While vaping and edibles have become very popular in recent years, there is no denying the joy you get from smoking cannabis. Although many love smoking from a pipe or a bong, we can all agree that rolling is a bit of a lost art. That’s why most marijuana lovers cannot say no to smoking a marijuana cigarette in the form of a joint, blunt, or spliff.

What is a spliff made of?

Spliffs are joints mixed with tobacco. They are primarily popular outside of the United States, specifically in Europe. The main reason for their lack of popularity in the US is most likely because tobacco use is somewhat frowned upon in the US. In Europe, it’s another story. You can find people littering the streets and coffee shops puffing on spliffs. In fact, you will get strange looks if you do not mix a little tobacco in with your weed.

A spliff is a marijuana cigarette that typically has a 20:80 weed to tobacco ratio. It is rolled in either cigarette rolling paper or joint rolling paper, such as hemp or rice paper. Spliffs provide a fast-acting, energetic high that differs from joints.

How is a spliff different from a joint or blunt?

For those who are uninitiated to the stoner world, the difference between a spliff, a joint, and a blunt can be a bit confusing. However, they each have specific differences. A joint is a marijuana cigarette that includes only ground-up marijuana. A blunt is similar to a cigarillo or cigar with herb wrapped up in tobacco paper or a cigar wrap. Sometimes they contain tobacco; however, some prefer not to mix the two.

So, what is a spliff weed? It’s basically a combination of the two.

What is the difference between a blunt and a spliff?

A blunt is similar to a spliff, but there are distinct differences. First of all, a spliff is smaller than the average blunt, closer to the size of a joint. A blunt is typically the size of a cigar. It’s also rolled up in heavier and often flavored tobacco paper. You can find blunt wraps and cigarette papers at most gas stations and smoke shops.

A blunt will usually contain little tobacco, or in many cases, none at all. It remains a blunt regardless of the ratio of weed to tobacco. As long as it is rolled in specific “blunt” paper, it’s a blunt. A spliff, on the other hand, is not considered a spliff unless it has the tobacco mixed in with the weed. If it contains no weed, it is a cigarette. If it only has weed, it’s a joint.

Weed can be quite enjoyable to smoke with tobacco. This is why blunts and spliffs exist.

Does a spliff get you higher than a blunt?

Of course, you should keep in mind that a blunt is larger, so it stands to reason that it’s going to get you quite a bit higher, particularly if it’s only filled with weed. The tobacco paper in a blunt also adds to the buzz as well!

The Benefits of Spliffs

If the idea of mixing tobacco with your weed gives you a bad taste in your mouth (and lungs), you are not alone. Tobacco is a known carcinogen, and most people (especially Americans) understand that using tobacco can cause cancer and bad breath. However, enjoying the occasional spliff doesn’t necessarily make you into a tobacco user. There’s nothing wrong with indulging every so often. The occasional spliff is not likely to give you lung cancer.

Why Smoke a Spliff? As mentioned above, mixing weed with tobacco will give you quite a different high than that of a regular joint. Anyone who has ever smoked a cigarette or cigar (or even tried chewing tobacco) will tell you. Tobacco will give you a pretty significant buzz if you don’t have the tolerance for it. Indeed, this is what draws most back to tobacco before they get hooked on the nicotine. The high is much more of an energetic one than just straight weed. It’s more of a “buzzed” effect, rather than being stoned. If tobacco use concerns you, and you don’t already consume it, don’t make a habit of mixing your tobacco and weed!

There are other benefits to smoking a spliff than just a fun and different kind of buzz. First of all, the smell is less overpowering than the smell of a joint or a weed only blunt. If you’re out and about and want to keep your marijuana use discreet, a spliff will help take care of that telling odor quite nicely.

Spliffs are also great for producing a good buzz while also conserving your supply of weed. You will use about half (or less) the amount of weed than you would use if you were to roll a joint or a blunt. Tobacco is also cheaper to buy in bulk. That’s why spliffs are a great way of stretching a limited marijuana supply.

A spliff is also much easier for a novice to roll when compared to a joint. Ground tobacco is designed for rolling into a cigarette, so it is also perfect for rolling into a spliff. Ground weed by itself can be quite tricky to roll into a joint or blunt, even if you usually know what you are doing. If your herb is not sufficiently ground up, you’ll have to worry about your joint not smoking evenly or going out every couple of puffs.

How to Roll the Perfect Spliff

Now that your interest is piqued, you should probably learn a few things about rolling spliffs before you attempt it yourself.

Make sure you are using good tobacco! Nothing will ruin the taste of your weed more than cheap tobacco. Good tobacco is not unreasonably expensive and will be less likely to contain harmful chemicals. This is one area where you want to splurge. Only use cigarette tobacco if there is nothing else. Your spliff will be much tastier if you use high-quality rolling tobacco and a rolling tray.

Blend The Tobacco And Weed Evenly

Your tobacco and weed should be blended as evenly as possible. This will be more difficult, the higher your tobacco to weed ratio, but it is still possible. You would not want the taste of your nice spliff ruined with the harsh taste of pure tobacco. You want that delicious cannabis taste present throughout the spliff. That is until you get to the end of the spliff.

To avoid smoking the crutch (the paper filter at the end of the spliff), pack the area around the filter with tobacco. That way, once your spliff tastes more like a cigarette, you know it’s time to put it out.

To keep from inhaling a bunch of dry tobacco and filter out some of the tobacco’s dangerous carcinogens, you will need to learn how to roll a good crutch. Here’s how to do that:

Voila! You have the perfect crutch! Yes, it really is that simple. Play around with it until you feel you have the technique down, then put it to use!

Joint Rolling 101 – How to Roll the Perfect Joint

Not into tobacco but still like to smoke rolled weed? Then you should know how to roll the perfect joint.

Now that you can thoroughly answer the question of, “what is a spliff weed,” let’s talk about spliff etiquette. Many people are not familiar with spliffs, so it is a good idea to tell your smoking companions that you are smoking a spliff and not a joint. Of course, they may reply with, “what is the difference between a blunt and a spliff,” but you will be ready to tell them precisely what they need to know.

Buy top-quality weed seeds from my seed store to make sure you’ll have good weed to mix into your tobacco for your next spliff experience.

This courtesy is important because a spliff looks like a joint. You wouldn’t want your friends to be unpleasantly surprised by that tobacco taste. You especially would not want to get someone who recently quit using tobacco to become hooked on it again. Be considerate. Tell your friends how much tobacco is in the spliff, especially if your spliff has a higher concentration of tobacco rather than weed. Allow them to decide if they’d like to partake.

You are now ready to roll your own spliff. Remember, tobacco is not cannabis, and no one is recommending you make tobacco use a habit. However, if you are already a cigarette smoker, you could use spliffs to ween yourself off of tobacco dependency.

Why is it called a “spliff”?

The term refers to a Jamaican English slang pertaining to a joint that may be significantly potent. The direct meaning of the word “spliff” remains unknown, whereas “joint” derives its name from the French word joindre which means “to join.”

Is a joint the same as a spliff?

A spliff is similar to a joint, but it is made from weed and tobacco mixed into a rolling paper. It usually contains more tobacco as compared to a blunt, thus you can expect it to have more of the “buzz” effect of the tobacco.

Why are spliffs better than joints?

When you smoke a joint, you’ll notice that one side can burn quicker than the other or they can extinguish altogether. On the other hand, a spliff gives a smoother experience since the tobacco it contains offers consistency.

BACK TO TOP
5 Reasons You Should be Eating Raw Weed
What Do You Do if You Catch Your Teenage Kid Toking Up?
Recipe For Weed Tea

2 comments on “What is a Spliff”