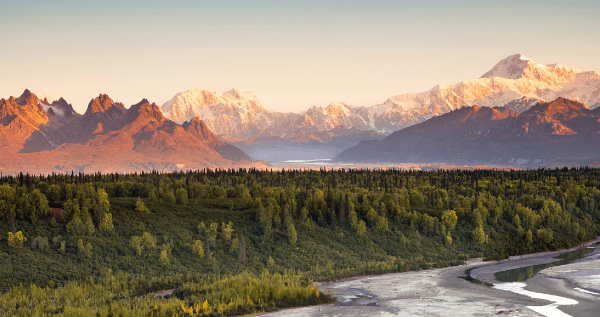 Alaska has always been a little different from all of the other states in America. It is miles away from the rest of the country. It’s very close to Russia, and they have always valued the right to grow your own marijuana. Well, sort of.

Growing marijuana in Alaska has been allowed for everyone since 1975, when the rest of America was beginning to fight to make it disappear. The Alaskan right to privacy said their citizens are allowed to grow up to 25 plants in their own homes, and have up to 4 ounces in their possession.

The important point about this was that it was only in a private residence. The minute weed was taken outdoors; it became illegal. Alaska considered it a misdemeanor to have 1 ounce on your person unless you have a medical condition.

In November 2014, Alaska residents voted to legalize marijuana. This change would override Alaska’s long-standing right to privacy, making marijuana no longer something that needs to be hidden. By March 2016, Alaskans were able to possess marijuana in public, as well as purchase it from marijuana retailers.

It used to be that they were allowed to grow 25 plants, but since March 2015 growing cannabis in Alaska has been limited to 6 plants. That’s still plenty of marijuana for anyone to enjoy, especially if you know how to grow high yield marijuana. Still, legalization will likely introduce more regulations on the Alaskan home grower.

Alaska also has a medical marijuana program for cachexia, cancer, chronic pain, glaucoma, HIV /AIDS, multiple sclerosis, nausea, and seizures. Medical users should have a doctor’s note verifying their condition. A medical card can be applied for online from the Division of Public Health by going to this link.

Growing weed in Alaska for medical marijuana can be done by patients as well as caregivers 21 years old and older. Medical patients can grow up to 6 plants, with only 3 being mature at time. Medical users are currently licensed to have up to one ounce.

Alaska has always been a great state to grow marijuana, even though it hasn’t always been too friendly to smoking it. There is no reason to waste time growing less than the best weed! Whether you decide to wait for legalization or if you have a qualifying medical condition, you should start with quality marijuana seeds and an expert Marijuana Grow Bible.

The amount of effort you put into growing your marijuana, whether you plan to smoke it quietly in your own home or if you are medicating with it, will pay off. Not only will you get more usable weed, you can also receive more of its benefits. If you think about it, growing weed in Alaska is a privilege that many of that state’s citizens fought hard for. You shouldn’t waste it on inferior seeds.

Growing marijuana in Alaska is protected under the law, as long as you are doing it in your own home and have 6 plants or less. Finding seeds, however, will be a bit more challenging.

We selected the best seeds to grow in the Alaska climate! If you are planning to grow outdoors then, check out our custom collection of Alaska weather-approved seeds.

Medical dispensaries are rapidly becoming a thing of the past, and most retail stores (who will begin selling an ounce or less in November 2016) will not sell seeds. If you are looking to grow your own marijuana, you’ll want to look online for the seeds.

8 comments on “Growing Marijuana in Alaska”