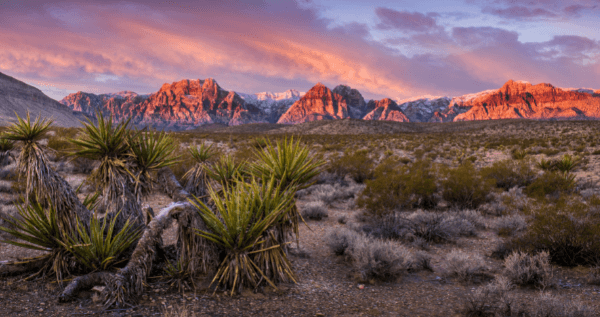 This article will cover what’s required for legal marijuana growing in Nevada. But first, let’s begin with a summary of the points.

The above were summaries; here is a more detailed explanation:

People have been writing in asking questions about some of the things they cannot do in Nevada. Well, first, remember, what grows in Nevada stays in Nevada. It’s not a good idea to travel northeast, east or southeast with your stash.

Here are a few other things you should not do:

Everything outside of these things is probably up to interpretation. It is Nevada, anyways.

If you come up with any Nevada growing questions, leave it below in the comment section. If it’s something I didn’t cover, we’ll do the research and see what we can find.

…end of update… Below is the original article with old laws.

Nevada approves the use of medical marijuana for AIDS, cachexia, cancer, glaucoma, post traumatic stress disorder, muscle spasms, seizures, nausea, and pain. Patients are allowed to have 2 ½ ounces and can grow up to twelve mature plants.

However, starting in 2016, Nevada will begin licensing dispensaries that will provide the plants used for medical patients. At that point, growing will be restricted to those living more than 25 miles from a dispensary.

Until that time, medical marijuana users and their caregivers can grow marijuana after completing an application with the Division of Public and Behavioral Health. The application should be requested in writing. Registration cost only $25.

If you don’t have a medical card in Nevada, you run the risk of getting in trouble- especially if the cops think you are selling it. Nevada has mandatory minimum jail time for selling and growing marijuana. So if you are able to be licensed as a patient or caregiver, it is definitely worth the effort.

Growing marijuana without a medical license in this state is risky but not impossible. Those that grow marijuana in Nevada could face a year in prison if they grow at least 100lb.

There aren’t any specific amounts for growing less than 100lb of marijuana, but based on the fact that anything over an ounce isn’t considered personal use, growing multiple plants may get you mistaken for a drug dealer.

Growers that aren’t able to be licensed should keep small and discrete grow operations. My Marijuana Grow Bible can help you plan the perfect small grow room that is hard to find.

Nevada is known for its wild nights and crazy parties, but use caution when smoking marijuana with friends.  If you grow marijuana in Nevada and happen to share your stash with some friends, be sure they don’t have a heart condition.

It’s no surprise that the marijuana laws across the United States differ significantly. Even in states where it is legal (such as Colorado), marijuana remains illegal in the eyes of the federal government. Here’s our guide!

Nevada considers it murder if someone dies while smoking marijuana. If you supplied the marijuana, you would become a murderer. As crazy as this law sounds, (not sure, who actually dies from smoking weed), it is a law in Nevada. It may be reason enough not to keep your stash to yourself.

FAQs About Growing Marijuana in Nevada

Is it legal to grow marijuana in Nevada?

Yes, but here is a catch, You can only grow up to six marijuana plants at home and You are only allowed to grow if you reside 25 miles or more away from an operating marijuana retailer.

What’s the legal age of growing marijuana in Nevada?

Adults 21 years and older can legally grow cannabis plants at home for their personal consumption.

Can I sell marijuana in Nevada?

Absolutely not, but If you end up with more weed than you can stand, you can give away up to an ounce of it. Marijuana must be given and not sold.

91 comments on “Growing Marijuana In Nevada”