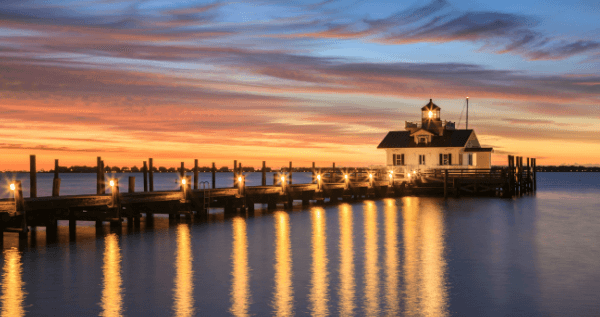 It is not legal to grow weed in North Carolina, but small possession of marijuana has been decriminalized.

Decriminalization, for those that are not familiar with it, means it is a misdemeanor rather than a crime to have marijuana in your possession.

North Carolina has decriminalized up to 1.5 ounces of marijuana. You will pay a high fine if you are caught in possession of it, but you most likely not go to jail.

Like many non-medical states, North Carolina is concerned about drug dealers. For that reason, they have very high penalties for those they think are selling weed.

If you have a room full of marijuana plants, it will be hard convincing anyone that you are not selling some of them. That will get you in trouble quicker than walking down the road with a joint.

North Carolina has not legalized the use of medical marijuana but it has approved CBD extracts.  CBD extracts are currently approved for intractable epilepsy.

CBD extracts are made from plants with high amounts of CBD and low amounts (less than .3%) of THC. They have not licensed home cultivation for medical use.

North Carolina also has a marijuana tax that those caught with the plant will have to pay. Currently, it is $.40/gram. Those in possession of marijuana, including those who grow weed in North Carolina, are expected to purchase stamps showing proof that they have paid this tax.

Purchasing these stamps are not supposed to put the user at any risk of arrest, and they do prevent further charges for not having paid the tax. If cops find marijuana on you, and there is no proof the tax has been paid, there are additional charges.

How much marijuana could you possess in North Carolina without getting jail time?

North Carolina has decriminalized up to 1.5 ounces of marijuana.

North Carolina has not legalized the use of medical marijuana but it has approved CBD extracts. CBD extracts are currently approved for intractable epilepsy.