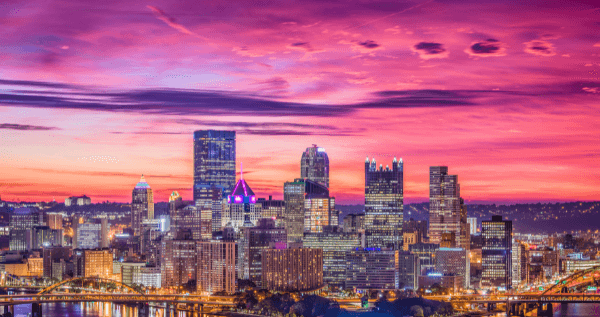 Pennsylvania has a long history of being a bit more conservative than its neighbors.  Marijuana legislation is no different.

Unlike its neighbors who have either decriminalized or instituted medical marijuana programs, Pennsylvania – Pittsburgh, and Philadelphia included – had not budged until very recently (2016).

Despite the new medical marijuana program, growing is still not allowed.

Pennsylvania has laws on possessing marijuana and on growing marijuana, but like many states without the decriminalization, it equates weed growing with weed selling.

Pennsylvania considers it a misdemeanor to possess 30 grams of marijuana or less. For those that don’t realize, 30 grams is a little more than 1 ounce.

Pennsylvania also considers it a felony to grow any number of plants. Growing marijuana in this state could result in 1-5 years in prison, plus a $15,000 fine.

In other states without laws on cultivation, plants are the same as any other form of marijuana. Pennsylvania left this clarification out.

In 2016, a medical marijuana program was signed into law for the state of Pennsylvania. It does not allow for any kind of home cultivation, and limits consumption to cannabis-infused pills, topical ointments, liquids, tinctures, oils, and vaped flower. Registered patients may have a 30-day supply at any one time.

There are dispensaries around the state, but you will pay a lot due to the state’s strict growing requirements.

Pennsylvania has a conditional release policy; you probably will get probation rather than time in jail, but why risk it?

It may not have caught up with the states around it, but compared to the southern half of the country, it’s not that bad.

They also have mandatory jail time for selling at least 2lbs of weed.

FAQ about marijuana laws in Pennsylvania

Is growing marijuana legal in Pennsylvania?

What’s the penalty if you get caught growing marijuana in Pennsylvania?

Can I grow marijuana under the new medical marijuana program in Pennsylvania?

Despite the new medical marijuana program, growing is still not allowed in Pennsylvania.