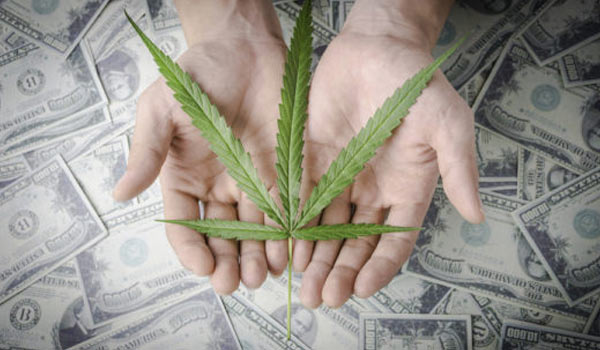 How to Start a Marijuana Business in Canada

The administration of President Trudeau made it clear that by the spring of 2017, there would be federal legislation to legalize the production, use, and sales of marijuana throughout Canada.

To start a marijuana business in Canada, you should seek professional help and guidance. In fact, in some cases, you need to consult with lawyers, tax experts, accountants and other public officials before you venture into growing and selling marijuana for any purposes. Whether for personal home use or for commercial sales to the general public, you must consult with marijuana laws professionals before you begin cannabis production.

Whether to grow marijuana for personal use at home or to produce it for commercial distribution in Canada, you need to obtain the requisite license from the Access to Cannabis for Medical Purposes Regulation (ACMPR) program. The program is under Health Canada.

Marijuana Dispensaries in Canada: What You Need to Know

Cannabis clubs and dispensaries are illegal in Canada. But, the general public and local communities turn “blind eyes” to these for-profit companies. Since the public looks forward to using marijuana for any purposes, supports for marijuana dispensaries is not out of place.

These cannabis dispensaries often have a storefront where they attend to customers. Cannabis products are displayed at these stores and made available to customers who would buy them. Customers can consult with sellers on what is best for them by way of prescriptions, and some other customers simply know what they want.

Many of these marijuana dispensaries are in Vancouver and Victoria, British Columbia areas, among other Canadian cities. They do not sell marijuana products to minors and other unqualified persons. And, they operate in a very professional manner and approach the business with all legal seriousness.

But, the fact remains that marijuana dispensaries and cannabis clubs are still illegal in Canada. That is… until federal legislation is made to approve their existence and business.

Law enforcement has not been too forceful in Canadian cities where most cannabis dispensaries operate. This is encouraging for cannabis businesses in the country. Given that the activities of marijuana dispensaries are still illegal, they scout the peripheral of legal boundaries by having health professionals handy to verify the claims of any customer requesting medical marijuana products.

Marijuana Compassion Clubs in Canada: How Are They Different?

Yet, people continue to patronize them because the political will is weak at the moment to clamp down on them since the general public approves of their existence.

It is, however, hoped that when federal legislation legalizes medical and recreational marijuana in Canada, it will also bring about the legal approval process for marijuana dispensaries and compassion clubs. But until then, compassion clubs and cannabis dispensaries continue to operate within the “grey area” of the law… making it technically hard for law enforcement to prosecute them.

All things being equal, the cannabis market in Canada promises to be very large. Millions of people are buying into medical and recreational cannabis business, and it is fast becoming a profitable industry that sustains other related businesses.

Also, the Cannabis Act will provide legal access for the production, distribution, and sales of marijuana. The Act will equally impact on marijuana users – whether for personal home use or commercial application. It will serve as a deterrent to teenagers trying to access cannabis in any form.

Ultimately, the Act will protect public health and safety by ensuring product safety and quality for users. To add to this, it will put in place heightened penalties for persons who misuse cannabis or its derivatives as a stimulant to perpetrate crimes.

One of the questions people have asked about the current legal status of marijuana in Canada is… why doesn’t the government approve the free use of marijuana until prohibiting legislation is put in place?

The truth, however, is that legalizing cannabis before appropriate legislation takes effect will put the substance into the hands of teens as well as people who could slip into crimes. Allowing people to use it before federal legalization will only make it unregulated and a stimulus for organized crime.

The Tobacco Act enforces a ban on public smoking as well as proposes prohibitions on the way tobacco is packaged and promoted, but this remains to be seen with the Cannabis Act.

The public has also demanded to know when people will be legally allowed to grow, use and buy marijuana without any sense of illegality. The Task Force on Cannabis Legalization and Regulation in Canada believes this should become possible before July 2018.

When the legislation goes into effect and becomes legal, Canadians will be able to grow, possess, use and sell marijuana without any legal fears. But this will only be for limited quantity of the substance so that people will not misuse it, and purchase will only be from federally licensed retailers.

There is no fear that growing cannabis for home use may make it accessible to teens or criminal gangs. The reason for this is because the Cannabis Act provides that parents should keep the plants inaccessible to their children; and then, only four plants are allowed per household.

No single family will be allowed to cultivate above four marijuana plants. And, these should be kept away from youths.

Lastly, commercial cannabis growers and distributors will be able to do so but with limited public advertising. This is essentially to discourage teens and young adults from trying out cannabis products.

Approved cannabis ads will be factual and contain accurate information on the product as well as risk factors. To this extent, youths will not be targeted in the ads, and there won’t be promotional endorsements by celebrities or other sponsoring organizations.

If you’re interested in starting a marijuana business in Canada, you will need a
commercial license. This will allow you to legally grow, distribute and sell it within the country. The rules related to the process to become licensed are regulated by Access to Cannabis for Medical Purposes Regulations (ACMPR).

These regulations set the standards for growing, distributing and selling cannabis within the country. They ensure that licensed producers, distributors, and sellers of cannabis remain in compliance. The standards involved include record-keeping, security measures, and quality assurance.

Under ACMPR, once licensed, you may grow/produce, distribute and sell cannabis as a business commercially. This is called a Commercial Production License. It must be obtained through Health Canada.

Download the following application to start the licensing process:

If you’re interested in starting a marijuana business in Canada, this is the legal way to go about it.

11 comments on “How to Start a Marijuana Business in Canada”