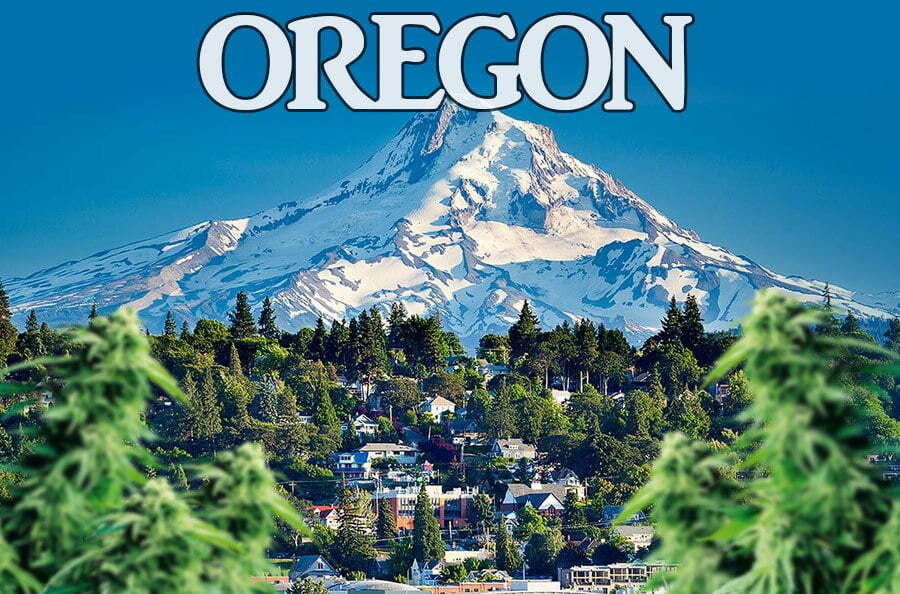 The Oregon Medical Marijuana Act allows adults to cultivate limited amounts of marijuana for non-commercial, personal use, effective July 2015. These limits are capped at 8 ounces of cannabis or 4 cannabis plants and are not subject to commercial regulations or taxation.

Oregon has approved and enacted medical marijuana laws as well for multiple qualifying conditions. This allows patients to possess up to 24 ounces of cannabis at any given time. Medical marijuana can be purchased at one of the state-licensed dispensaries or grown through home cultivation. Those who grow their own medical marijuana can cultivate no more than 18 immature seedlings and 6 mature plants at a time.

Marijuana has been legalized for personal use in the state of Oregon. However, there are penalties for possessing more than the allowed amount for various situations. For example, anyone convicted cultivating, delivering or possessing more than 1 ounce of cannabis is subject to automatic driver’s license suspension for 6 months.

There are no penalties or fine for possessing cannabis concentrates and hashish in the following amounts for use at home:

All marijuana extracts must be purchased from a certified retailer or state-licensed medical cannabis dispensary. Anyone found guilty of possessing concentrates and hash purchased anywhere other than a retailer will face the following penalties and fines:

Patients who are approved for the use of medical marijuana must have a physician’s recommendation. Any cannabis purchases must be made at a state-licensed dispensary. These people are only allowed to possess no more than 24 ounces of usable marijuana at a time.

Patients diagnosed with debilitating medical conditions may designate primary caregivers to help manage their care. This person must be 18 years or older and has the right to buy and administer medical cannabis to the patient.

On October 1, 2015, Oregon’s state-licensed medical dispensaries began selling to people without medical conditions over the age of 21. That following year, Oregon began regulating all retail marijuana sales of all entities licensed by the state.

Sales made to adults buying from dispensaries are limited. Each adult may purchase no more than ¼ ounce per day, per visit. Any sales made by unlicensed entities are subject to possession penalties and fines, as described above.

Regulations regarding the commercial sale, processing, and production of cannabis are controlled by the Oregon Liquor Control Commission. This entity began accepting applications to sell, process and grow marijuana for personal use in January 2016, issuing licenses later that year.

Growing and Manufacturing Marijuana in Oregon

The state of Oregon allows adults to grow no more than 4 plants of cannabis at home without fines or penalties. All plants must be grown out of public view. Cultivating over that amount is a misdemeanor which carries a fine up to $2,500 and/or up to 6 months in jail.

Grow sites in Oregon must pay a $200 fee. This fee may be reduced for low-income users. There’s also a $50 grower fee for home growers cultivating for personal use. All growers are subject to background checks.

There are two exceptions to these rules:

There are no fines or penalties for delivering less than 1 ounce of homegrown cannabis without compensation. However, amounts over that weight carry penalties and fines as follows:

The state of Oregon severely punishes anyone who delivers more than 150 grams of cannabis, with or without compensation. Imprisonment terms vary depending on the prior record of the offender.

In Oregon, it is legal to enjoy cannabis for personal use, as long as no possession laws are broken. The state has also enacted medical marijuana laws that allow physicians to prescribe cannabis to patients with the following qualifying conditions:

In 2009, the Oregon Hemp Law was approved through the Legislature’s Senate Bill 676. It allows the possession and production of industrial hemp, as well as the trade of industrial hemp products and commodities.

Breaking the Marijuana Laws in Oregon

The state courts determine how much time an offender is sentenced to, based on the Oregon’s sentence grid. These courts may offer diversion sentencing for first-time possession convictions. In such cases, the court proceedings are deferred, and the offender is placed on probation.

Violating the terms of the probation will cause the courts to terminate the agreement and issue a finding of guilty. After the probation has been completed successfully, the case will be dismissed by the courts.

FAQ About Marijuana Laws in Oregon

Is recreational marijuana legal in Oregon?

As of July 1, 2015, it’s legal for adults 21 and older to purchase, possess and use recreational marijuana.

How much marijuana can I have in Oregon?

0 comments on “Marijuana Laws in Oregon”