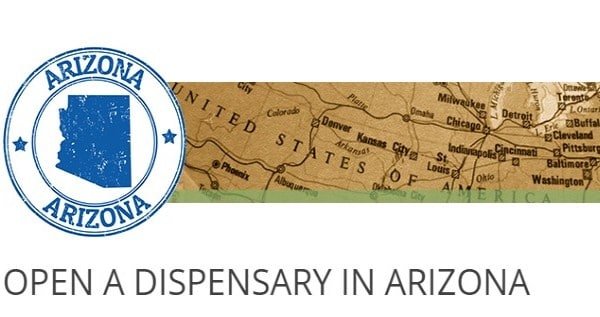 How to open a Dispensary in Arizona:

What marijuana/cannabis businesses can you start in Arizona?

The Arizona Department of Health Services licenses those who want to process, produce, test, and/or sell cannabis. Arizona dispensary licenses include a license for cultivation and processing. As of 2021, there are 125 dispensaries operating in the state of Arizona and a total of 143 licenses. The number will reach 169 once the state adds social equity licenses.

How large is Arizona’s marijuana market?

As of November 2015, Arizona had over 86,000 medical cannabis users, 77% of which are registered as chronic pain patients. In 2016, the state-approved additional patients for the cannabis program, bringing the total number to nearly 115,000.

Arizona is frequently referred to as one of the fastest-growing major marijuana markets in the United States. By the end of 2014, the state’s market jumped to nearly $155 million. It continued to grow and is now considered one of the top ten marijuana markets nationwide.

Arizona’s law allows counties and cities to set rules for both growers and sellers, including banning them if they choose. Before you open a marijuana business in this state, be sure to check the local laws.

Medical dispensaries are required to employ an Arizona-licensed doctor on staff. To ensure proper allocation of dispensaries throughout the state, the ADHS will prioritize licensing in counties where a dispensary registration certificate does not exist.

The answer to that depends on many factors including location, dispensary size, and the quality of products sold. Here is a breakdown of the application and licensing fees you may have to pay if you want to open a cannabis business in Arizona.

Applicants must also have at least $500,000 worth of capital as well as a proposed location.

How much does a dispensary make?

Arizona is often called one of the fastest-growing marijuana markets in the country. It is not unreasonable to expect to make up to millions in this state. Just remember to save up for at least a year while you take the necessary steps to get your business running.

Looking to start a marijuana dispensary in Arizona? The consulting companies listed below provide a wide range of services from helping with state licensing requirements and applications to running and stocking your business.

1 comments on “How to open a Dispensary in Arizona”