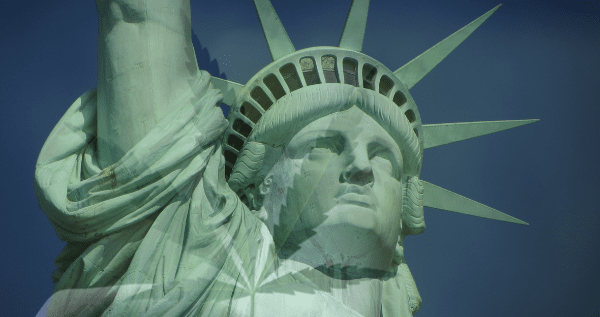 New York is the next frontier for prospective medical marijuana entrepreneurs. In the past, the costs of setting up a dispensary combined with the limited supply of licenses made things more challenging.

However, the state legalized recreational marijuana in 2021, opening new opportunities. The state is currently updating its legislation and planning to add more dispensaries.

Open a Dispensary in NY

Until then, this article covers guidelines based on medical marijuana rules.

Under it, registered Organizations (the official name of marijuana businesses) may supply, deliver, and manufacture medical marijuana to qualifying patients in New York state.

Read on to learn what it will take to start a marijuana dispensary in New York.

When was cannabis made legal in NY

Under regulations enacted as of July 2014, New York Gov. Andrew Cuomo legalized the use of medical marijuana use by registered patients with qualifying conditions. In 2021, New York legalized recreational marijuana.

However, the state plans to separate delivery businesses from retail locations.

Licenses for the current businesses filled fast. The application period closed less than a year after legalization.

Applications for prospective recreational entrepreneurs are expected to open soon with priority to those who qualify for social equity licenses.

How many dispensaries are there currently in the state

There are currently 10 registered organizations in operation state-wide, and New York state has not indicated when they will accept new applications.

The medical marijuana program license application period was open from April 27 through June 5, 2015. Only five registered organizations were awarded the legal status in August of 2015.

The licensee holders are allowed to open 4 dispensaries each, totaling 20 locations in the whole state.

The first dispensaries opened on January 7, 2016. New York’s program authorized each license winner to operate one cultivation and processing facility and five geographically spread out dispensaries.

It should be noted that costs for opening and operating a dispensary in New York state were quite high.

New York’s dispensary system is currently quite preventive to new business owners, with limited doctor participation and supply adding up to the high costs.

Although the state is trying to address the problem, there is no planned date for the re-opening of retail business applications.

However, a biannual report that came out in August 2016 suggested 12 recommendations for improving the program, including wanting to add five more dispensing organizations in the next two years.

Several of those recommendations have already been implemented, such as home delivery, chronic pain as a qualifying condition, wholesale, and allowing physicians assistants and nurse practitioners to certify patients for the program.

One notable aspect of New York’s legislature is that it specifically bans patients from smoking cannabis. All methods must be approved, but smoking is banned.

This erratic legislature leads to lower purchasing from patients, endangering the viability of the cannabis market in the state.

In 2015, applicants were required to submit:

How much does a marijuana Dispensary in New York make?

Marijuana dispensaries and delivery services generally bring anywhere from $50,000 a year up to millions, or even tens of millions of dollars.

The time frame varies greatly on how long it takes to get a cannabis business up and running, but it can often take one year or more to get finances in order, acquire necessary licenses, get suppliers and employees lined up, etc.

Looking to start a marijuana dispensary in New York? The consulting companies listed below provide a wide range of services from helping with state licensing requirements and applications to running and stocking your business.