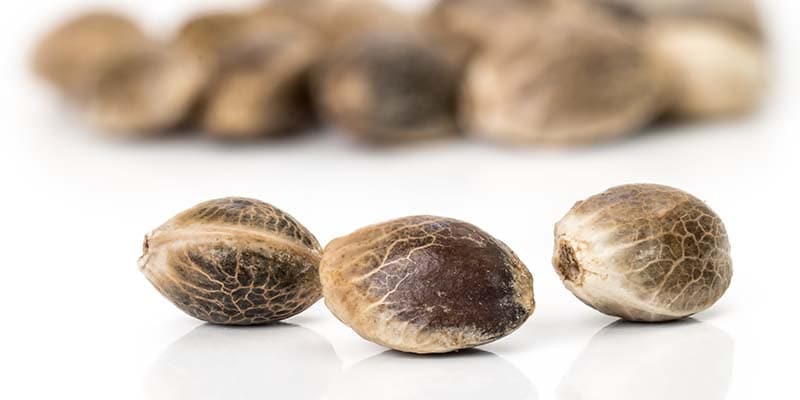 Feminized marijuana seeds are seeds that only produce female marijuana plants. But there are some misconceptions about marijuana, feminized marijuana seeds and hermaphrodites (plants that display intersexuality) that should be addressed. Unlike more complex organisms, marijuana is not firmly one sex or the other. It’s a very unusual plant in that it’s an annual plant that is also dioeciously (producing separate male and female flowers on different plants), but every marijuana plant has the ability to produce flowers of the opposite sex under certain circumstances.

It’s a survival mechanism for the species, allowing marijuana to succeed and reproduce while being both annual and dioeciously. There are marijuana plants that become intersexual quite easy, in response to stress in the growing environment such as temperature fluctuations, irregularity, physical damage, light cycle, etc. This is a survival response – the marijuana plant detects that growing conditions are not favorable, which means that its chances of reproduction are lower.

Early feminized marijuana seeds usually were made with two female marijuana plants, one of which had been identified as having hermaphrodite tendencies, i.e. prone to produce male marijuana flowers when it was stressed. The intersexual-prone marijuana plant would be stressed with light cycle interruption or pruning and encouraged to produce male marijuana flowers, the pollen from which would be applied to the ‘true’ female (i.e. a plant that did not easily display intersexuality when stressed). The downside of this method was that the female marijuana ‘pollen donors’ were individuals which had quite a strong tendency to turn intersexual and that this tendency was very likely to be inherited by the feminized seeds produced in this way.

Will all plants grown from feminized marijuana seeds be female?

11 comments on “What Are Feminized Marijuana Seeds”