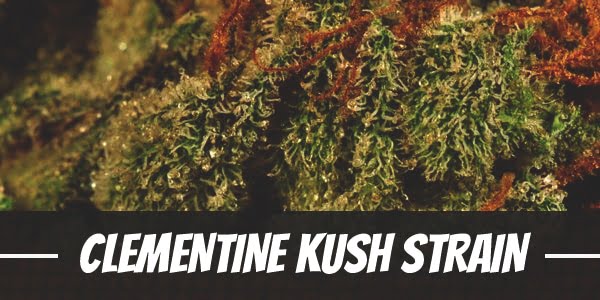 Tangerine Sunrise could be one of Colorado Seed Inc.’s best strains. The former is a popular strain that was once named by Westword magazine as a part of ‘The Ten Best Marijuana Strains of 2014’ along with other by legends; boosting its fame further. It induces a clearheaded and energizing high with its tropical-centered terpene profile.

Sanjay Gupta Kush is another inhouse strain from Colorado Seed Inc. that has gained significant traction in the industry. This Indica-leaning bud that provides a reprieve to different health issues is an homage to Dr. Sanjay Gupta, a neurosurgeon who has helped countless people. An opposer turned medical marijuana advocate, the doctor who found that the controversial plant had multiple benefits, ‘legitimate medical applications,’ and that the potential for abuse is low.

And what does one get after crossing the two? Clementine Kush – a perfectly balanced hybrid that takes its name after the deep orange to red tangerine of North Africa. It has strong citric influences, giving its buds and smoke a strong aroma reminiscent of oranges. Its high is exhilaratingly invigorating with a mild body buzz that eventually takes over at the comedown.

Clementine Kush works its magic almost immediately after the first toke. Although, this can only be expected due to its potency. It starts with a euphoric rush that clears the mind and stomps out negativity. It melts away worries; calming the nerves and uplifting spirits in the same process.

Working enthusiasts will find that it is an impressive wake and bake companion. The mental clarity, along with the upbeat disposition it inspires, is the perfect equation for a surge in creativity. It allows for the introduction of fresh perspectives and potentially groundbreaking ideas. With piqued interests, it becomes easier to stay focused and attentive toward a task until its conclusion.

Its soothing body buzz relaxes the body, releasing tension that inhibits the muscles of a stressed user. In its place, there is a gentle but continuous stream of energy that brings back one’s vibrancy. A bounce in each step, it is clear that users are not only filled with vitality but also fully, deeply happy.

It may not be for beginners though. The strain has an average THC level of 21% which is potentially devastating. Still, one can enjoy the strain through moderation.

All things sweet and a hint of Kush come to mind when taking a whiff off of Clementine Kush’s buds. It has a faint orange aroma that intensifies into a citric lemon after crushing the flowers. Combustion, on the other hand, brings out its floral and earthy undertones.

There is a slight tang that tingles the tongue after the first toke of Clementine Kush. It later develops into a citric blend of oranges and lemons which entice users to take another swig, revealing a subtle floral undertone. On the exhale, it leaves an earthy Kush aftertaste to counterbalance the initial sharpness.

A typical effect for about any strain, it should come as no surprise that Clementine Kush comes with an arid mouth and dry eyes. It is mild, barely noticeable, and easily manageable despite the fact that it lasts for hours. A better cause for concern is greening out, a condition characterized by dizziness, anxiety, and a subtle feeling of paranoia, caused by either overconsuming the buds or a negative disposition before the high. As such, users should start with low dosages first and stay within moderation.

Relieving stress is one of the most commonly cited reasons for using cannabis. Understandably so, it contains cannabinoids that bind with the body’s endocannabinoid system to release the accumulated pent-up tension and dread.

Clementine Kush could also provide the same effect. It has a soothing euphoria that stomps out worries and clears the mind. As a result, users retain a more positive outlook rather than the constant agonizing torment of work or school. Similarly, the happy high also uplifts spirits, enhance the mood, and calm turbulent emotions such as feelings of despair or hopelessness. It instills a sense of wellbeing that allows users to look toward the proverbial light. As such, it is of great use to patients dealing with mental health issues such as depression and anxiety.

Physically energizing, Clementine Kush is most effective at relieving fatigue. It alleviates tension from the muscles and loosens tightness. Along with its anti-inflammatory properties, it reduces swelling in any affected areas and appeases redness. It can also be used to combat against aches and pains as a result.

This half and half strain exhibits many of the desired Sativa and Indica traits of its parents. It is quick-flowering and compact like Gupta Kush, but tall, high-yielding, and bursting with aromatic scents like Tangerine Sunrise. For this reason, too, it is a highly versatile strain.

Growers with knowledge of advanced growing techniques may subject it to the Screen of Green setup. It requires placing a screen on top of the current canopy and then weaving the branches into the net, bent but not snapped, as it continues on toward the end of the flowering phase. In this way, there is equal distribution light intensity among all the colas. Pairing it with another method called Topping, which requires snipping off the top of the plant, to develop multiple budding sites. It also keeps the plant short and promotes lateral growth for better height management.

Nearing the chop down, Clementine Kush produces elongated buds that are dense instead of fluffy. It sparkles under the light due to its thick coat of trichomes and will leave a sticky residue when placed in one’s palm. The nugs itself have a muted but attractive green hue that is overtaken by long golden hairs.

TIP: Looking to buy seeds like Clementine Kush? Check out our seed shop

It takes roughly 8 to 9 weeks for Clementine Kush to fully mature. A high-yielder, it produces at least 21 ounces of buds per square meter. If that is not enough, one could extend the maturation phase by a week although it will cost its terpene profile.

In the northern hemisphere, Clementine Kush flowers from the second to the last week of October. It is a vigorous producer that yields at least 21 ounces of buds per plant once ready for harvest.

Have you ever smoked or grown your own Clementine Kush? Please let me know what you think about this marijuana strain in the comments below.