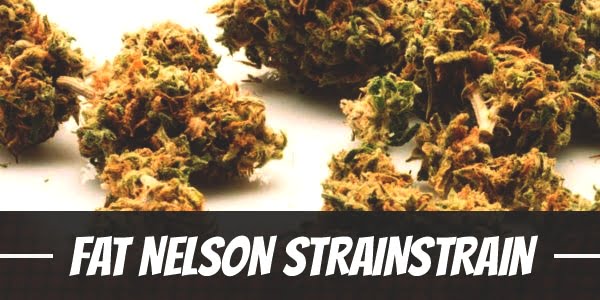 Fat Nelson is a predominantly Sativa strain that has excellent recreational abilities. It induces a euphoric head high that instills an innate sense of happiness. One could use it with friends as the upbeat disposition makes way for pleasant conversations.

Users are also free to use it alone. The gentle mood lift releases any of the stress accumulated throughout the day or the week, as well as appease the overwhelming dread. Thus, it would be a great companion for when one is delving deep into relaxation or waking and baking.

Its potency and therapeutic benefits are likely from its Indica-leaning medicinal parent, Gupta Kush. The strain is named after Dr. Sandra Gupta, a neurosurgeon who changed his position in the fight for cannabis legalization after seeing that it had helped patients deal with health issues. It is highly potent too, making it a great companion for fun-filled day.

Sour Willie, on the other hand, is a daytime Sativa that produces excellent wake and bake effects. It has a soothing an energizing head and body high that improves the mood, raises motivation, and invigorating the body. It is also an easy to grow plant that even beginners could cultivate.

At 22%, it is possible for users to green out while using Fat Nelson. As such, pacing and moderation are essential to enjoying the high.

Fat Nelson is a quick-acting strain that delivers an uplifting head high. Right off the bat, it instantly improves one’s disposition. It leaves users feeling happy as it begins to enhance the mood with its euphoric rush. The clarity allows thoughts to flow freely into ideas.

After two to three hours, a tingling sensation trickles down from the temples. It soothes the muscles as it spreads to the lower extremities, blanketing the body in relaxation. Although intense, it does not lock users to the couch.

The Sativa-leaning strain is best used in the morning or early afternoon. It provides the right amount of energy, so users stay active and productive throughout the day. One could also use it with like-minded friends before brunch or a night out.

Fat Nelson has a pungent aroma. It is also quite sour, lined with overtones of citrus and diesel. Accentuating it are spicy Kush undertones and a strong herbal scent that comes after breaking apart and combusting the buds.

Its herbal undertones, as well as spicy notes of Kush, shine through upon consumption. Enhancing it are sweet but tangy undertones of citrus. On the exhale, it leaves a sour aftertaste reminiscent of diesel. It can sometimes be a bit harsh, inducing a bit of coughing.

Like other strains, Fat Nelson contains moisture-inhibiting cannabinoids that will likely lead to dry eyes and a cottonmouth. It is a typical reaction that seasoned users often ignore due to its mildness. Beginners who experience discomfort may down a few glasses of water to stay hydrated throughout the day. Since caffeine and alcohol tend to exacerbate the arid spell, avoiding it will also prevent any further exacerbation.

Fat Nelson is a highly beneficial strain. It sources its significant therapeutic effects from its cannabinoids and terpenes. As such, it could be a source of reprieve to patients from the medical marijuana community.

It has a stress-crushing buzz that calms the nerves and appeases worries. It instills a sense of calm while also enhancing the mood. The upbeat disposition also stabilizes turbulent emotions as well as overwhelming feelings of hopelessness and despair. In its place, there is a clarity that improves thinking. As such, it could be used to manage symptoms of depression, anxiety, and PTSD.

The high THC levels are not only an uplifting recreational high either. It also contains natural analgesic properties that appease a wide variety of physical health issues including fatigue, arthritis, joint pains, and body aches. Its muscle-relaxing abilities, on the other hand, help ease spasms and cramps.

At the moment, Fat Nelson is not sold in seed banks. It is possible to acquire a cut with the right resources. Growing from cuts and clones varies greatly from cultivating seeds. It tends to be more sensitive. As such, it is best reserved for more experienced growers who know how can address any issues that may arise.

Controllable environments provide the most leverage for growers. One can make provisions for life support equipment like a small fan that will cast a light breeze over the batch. A proficient ventilation system to regulate humidity could also be an option. During the flowering period, switching to a 12/12 schedule under a 600-watt HID lights.

Growers need not deviate from the usual feeding and nutrition practices. But it could benefit from boosters that optimize its growth.

It works best with the non-invasive Sea of Green technique. This method requires gently coaxing the main cola toward the light, ensuring that it is the plant is not stressed heavily. Sowing at least four seeds in a single square meter will make the grow room look like a ‘sea’ of green by the end of the flowering period.

Fat Nelson has an indoor flowering period of 10 to 12 weeks. After the long wait, it rewards growers with 12 to 16 ounces of buds per square meter.

Harvest time in the northern hemisphere is usually extended up to the middle of November but could be as early as the last week of October. Growers can expect at least 16 ounces of buds per plant.

Have you ever smoked or grown your own Fat Nelson? Please let me know what you think about this marijuana strain in the comments below.