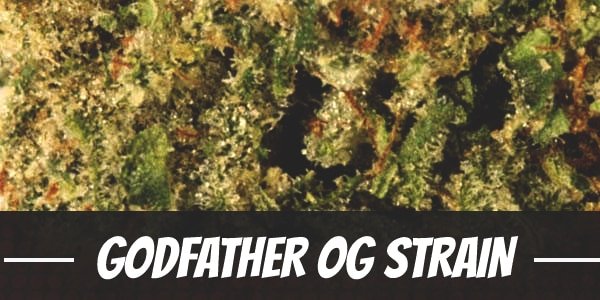 Everywhere on the web if one looks, the same thing is said. Godfather OG Strain is the DzDon of all OGs, And that brings to mind what people think about whenever coming across the word, Godfather.

Children think of godfathers as heaven sent people who, in turn, send them gifts once or twice a year. But we are not children, are we? As such, what does come to mind is the evil but relatable Godfather from the movies.

Referencing Al Pacino and the classic Godfather, there is one similarity between the mafia boss and our strain here.

Both are powerful, without a doubt. In fact, Godfather OG has been tested to have a THC level of 28%, one of the highest in history. It is also a past High Times Cannabis Cup winner of the best Indica strain.

Like a typical mob boss, though, we do not know much about the hybrid as looking for information has proven to be elusive.

Where did Godfather OG come from?

Regardless, what it suggests is that there are several breeders who have designed their own Godfather OGs, at least, the ones that are available today in Southern California.

While its Indica side is more predominant, users of Godfather OG feminized is assaulted by cerebral high first. At first, it begins with an uplifting sensation as if a shroud is lifted off the head. Soon, smokers start feeling good and happy.

As the effects intensify, the good mood turns euphoric. Pretty soon, its Indica side starts to work its way to the body, resulting in lessening tensions. In no time at all, Godfather OG puts users in a complete state of relaxation.

At 28% THC, the DzDondz can leave some people immobile if they are not careful. Used in moderation, Godfather OG is easily one of the best strains for recreational users, and we have yet to talk about its medicinal values.

Smelling Godfather OG is like standing in the middle of a grassy plain early in the morning. The earthy and pine odor are unmistakable as well as the hint of grape. As one may imagine, it really smells pleasant.

Godfather OG feminized has flavors that are a delight as its odor is charming. Carrying over to its taste, the lingering tone of grape a little more pronounced, which most people find delightful.

Searching for an OG strain with an incredible flavor profile? Godfather OG seeds should be your first choice!

Having the kind of potency that this hybrid has, it makes two common negative reactions with the use of marijuana more likely.

Soon after using Godfather OG, users tend to feel their eyes and throat drying. As a way to lessen these effects, one thing that consumers can do is to drink a lot of water.

In some instances, there are people who may feel a little more anxious. If that is the case, then this strain may not be suitable. There is no way to determine who is likely to have this experience as people differ in physiology.

Recreational cannabis users love Godfather OG, but even more so for medical cannabis users. Of course, anyone in the trade of cannabis is not allowed by the law to make health claims, and the same is true for food supplements.

Still, while anecdotal, there is some truth to how users feel with the use of Godfather OG, as well as all kinds of marijuana. We recommend leaving a strain review if you purchase Godfather OG Seeds.

Because Godfather OG can uplift moods, then it also follows that it is a great stress reliever. But that is not all that it does. Medical cannabis users suffering from pains brought about by their illnesses also use it for pain relief.

One of the thing that the strain does, since it’s indica dominant, especially once its effects subsides, is that the user feels tired and sleepy. For that reason, anyone who has trouble sleeping including insomniacs will find Godfather OG useful.

Other than feeling sleepy, another effect this strain has is to stimulate the appetite. So, for those who need a little something to get them to eat will, this is one weed that could do that.

Finally, there are also reports that growing Godfather OG is helpful in dealing with gastronomical problems including nausea.

As for growing Godfather OG, we could not find enough information from different sources. As such, we could only make assumptions based on its lineage, even if that is also vague.

The indications are that this plant can be grown outdoor and indoor. It grows to medium height and should be easy for beginners to cultivate. Keep in mind, though, that one variant might not be as easy as the others.

We estimate that the flowering time of Godfather OG is around 8 to 9 weeks, that is pretty much the average of cannabis plants. As such, the estimated yield indoor per square meter should be around 12 to 16 ounces.

Again, we are making an assumption here. All indications point to harvest time to be somewhere between the end of September to early October. It also should have an average yield of 16 ounces or more per plant.

What is the Godfather OG strain yield?

Godfather OG yields 12 to 16 ounces per square meter indoors and 16 ounces or more per plant outdoors.

How much THC does Godfather OG strain have?

What are the origins of the Godfather OG strain?

Have you ever smoked or grown your own Godfather OG? Please let me know what you think about this marijuana strain in the comments below.