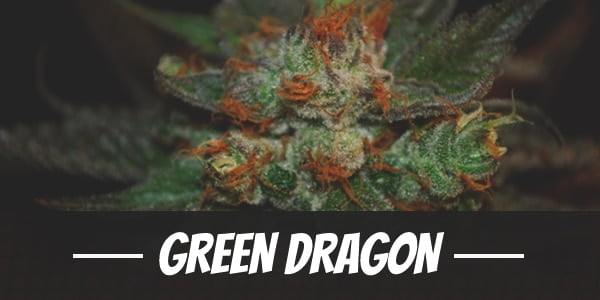 Green Dragon is an incredibly potent Indica hybrid. Like the mythical beasts that can burn castles to the ground, it can melt away stress with its heavy-hitting physical effects.

Like its namesake, the strain is what some people can say is ancient in the cannabis scene. The consensus is that it first made its appearance in the 1970s. Since then, it has built quite a reputation for itself and a following mainly due to the exceptional experience it brings.

Credit goes to the breeder Master Thai who used Turkish Gummy and Afghani as its genetic base. Even more remarkable is the massive effort in keeping its lineage around even after five decades. To preserve its quality after all this time is a testament to the dedication of not only the breeder but also others who have kept the plant.

Unsurprisingly, there is also another variety that goes by the same name. While it is entirely possible that the original plant has a vague origin, it is also within the realm of possibility that there is at least another breeder who developed a hybrid to be as close as possible to the Green Dragon but using different parents. One, in particular, appears to be a cross between Tahoe OG and Afghani.

By looking at the traits that Green Dragon has, it is easy to imagine the kind of effects it delivers and how potent it can be. Being 100% Indica, the logical assumption is that it induces an intense physical high. However, that is not to say that it does not have effects typically associated with Sativa plants.

In fact, during its onset, the strain induces a euphoric cerebral high. As such, it results in users feeling uplifted and upbeat. In a sense, users feeling happy and cheerful sets the tone for what is to come next.

As the Indica traits ebb down to the body, most users are likely to feel a tingling sensation accompanying the soothing buzz that spreads from the back of the head down the spine. As it reaches the extremities, only then do users understand the true nature of the beast within the hybrid. It crushes tension and stress while leaving users in deep relaxation.

Depending on how much users use or personal tolerance limit, some who do use excessively may find themselves in heavy couch-lock after succumbing to its sedating properties.

Green Dragon has a natural aroma that truly is a treat for its users. It has an invigorating scent of pungent earthiness. As the buds are broken, it produces a refreshing fragrance of minty sweetness.

The fragrance is passed on to its flavor even after the first toke. Upon the inhale, users would identify a taste of sweetness that is reminiscent of mint and pine. The taste of wood and skunk then lingers on the tongue during the exhale.

Users should not underestimate the potency of Green Dragon. Not only because the effects may be overwhelming, but it is also due to some adverse reactions that occur when using this strain.

Side effects are common when using marijuana. For example, users can expect dryness of mouth and eyes. In some cases, users have reported feeling dizzy. Aside from that, there are also instances when a few people feel paranoid or anxious. Of course, this may be avoided by keeping the amoount of herb low.

It is usual for a strain to have a high THC content and a low CBD percentage. However, that is not the case with Green Dragon. Besides having up to 19% THC, it also can have as high as 2% CBD (while most others barely register 0.1%). Although it is not enough to consider it quite useful in treating seizures and epilepsy, it does come with other benefits.

As mentioned, this strain delivers a euphoric cerebral high. Because of that, getting away from stress becomes a natural occurrence as users tend to feel happy. And, that makes it even more useful to people with depression. Such effects do help in coping with the condition.

With its CBD and sedative-like properties, Green Dragon is often used for pain relief. No matter how much tension, tight, or sore the body is, this beast of a strain can melt them away. As such, it leaves users in a state of bliss.

Novice growers should not worry when it comes to growing Green Dragon. Though just like other strains, it requires tending to, it is not difficult at all even for beginners.

When planted indoors, topping it early ensures that its height is controlled. It also promotes more lateral branching. By combining it with the Sea of Green or Screen of Green technique, it allows for more explosive growth and better yield.

Green Dragon requires around 70 to 80 degrees Fahrenheit in order to thrive well indoors. Flowering does not take too long as it usually is ready in 7 to 8 weeks. During harvest, it produces a generous amount of buds with each square meter having a yield of 12 ounces or more.

For those who have the luxury of growing this hybrid outdoors, it is important to note that Green Dragon grows to its full potential when cultivated in a semi-humid climate. Harvest is ready by the beginning of October with a yield of around 12 ounces or more per plant.

Have you ever smoked or grown your own Green Dragon? Please let me know what you think about this marijuana strain in the comments below.