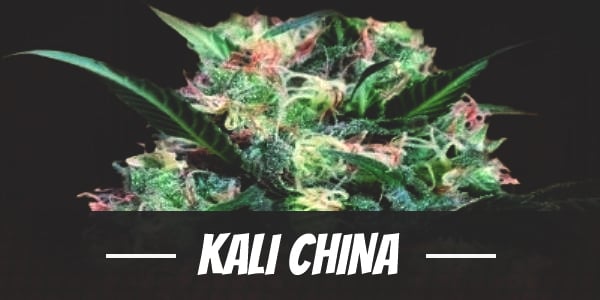 One thing about marijuana strains that is both fascinating and, at times, confusing, are its names and backstories. Take the following for example. Blowfish was named after the fish because of its paralyzing effects (in a good way, of course). Then, there is G13, which gives the impression that it was named after a secret agent and why not? It was, after all, alleged to be developed in complete secrecy by the FBI or CIA a long time ago.

Not all names have to have something behind it, though. Kali China, our featured strain, for instance, tells us from where it originated. Granted, it may not mean so much, but perhaps there is something about it that makes it all that more interesting.

Bred by ACE Seeds, they crossed a Kali Mist Sativa with arguably their best-known hybrid China Yunnan. After a careful screening process an and finally deciding one the best female, they backcrossed it with China Yunnan again to stabilize the plant. Out of all the previous hybrids they developed, Kali China took the longest time. Even so, the result was nothing short of spectacular.

The genetic structure of Kali Mist is 75% Indica. Typical of many hybrids, its effects often begins with its Sativa side. Depending on the batch of the plant as well as many other factors including its care while cultivating, its potency ranges from above-average to insane. With that in mind, users will want to be conscious of the amount of herb used.

Soon after using the strain, it induces a clear-headed high. Even as it unlocks creative thinking, it also has an uplifting sensation that enhances the mood. For people who do have things to do, Kali China is perfect in the sense that it allows users to remain productive. It does not cause fleeting thoughts or a speedy kind of high, but instead, promotes a sharper focus.

As the physical effects slowly trickle down to the body, often, the gentle relaxation that comes with it further improves the mood of users to that of happiness or sometimes, elation.

Again, depending on the potency of the buds (with up to 22% THC) and user tolerance level, it leaves people in a state of relaxation or possibly, a little lazy. Of course, this is one of the traits that makes it such an excellent strain.

For example. If there are a few more things to do before settling down, then using a moderate amount allows for that. However, if the purpose is to go on to sleep, then a little bit more should do the trick.

Having a prominent sweet aroma reminiscent of luscious mango fruit, users should find the smoke from this marijuana a delightful treat. As smokers take more whiffs, its spicy and earthy notes become more distinct. One thing though, the differences in its cultivation as well as having different phenotypes may cause the scent to vary.

When people have already taken a sniff of this plant, they have to consider it smoked as well. That’s because Kali China tastes the same way it smells. A blend of sweet mango with a tinge of spiciness makes its smoke flavorful and satisfying.

Although negative side effects from this strain were not explicitly stated, one should take its lack of adverse reactions with a grain of salt. Consuming marijuana or any strain for that matter usually causes dry mouth and dry eyes. And in higher doses, it may induce paranoia and anxiety. To be on the safe side, consider doing a fact check or reading reviews of a specific strain before using.

It might be counterintuitive given its Indica dominance. But with Kali China’s cannabinoids level measured at 0.2%, the strain does have a few pharmacological values.

Introducing this hybrid into the body can help normalize mental functions and therefore can help patients manage their depression and stress. As the mind eases into serenity, users would notice a significant improvement in their sleep patterns. It means that those who want help in dealing with insomnia should find this marijuana beneficial. More than that, the strain is also a useful remedy for inhibiting nausea and vomiting.

With its powerful full-body qualities, Kali China won’t disappoint when it comes to relieving pains and aches induced by specific ailments and medicines.

While ACE Seeds underwent a long and careful process to develop this strain, the plant itself only needs little time and little work to grow. Besides the ease of its cultivation, another thing that makes it ideal is its quick flowering time – a trait inherited from China Yunnan. Also, it is quite resistant to spider mites, mildew, and fungi.

Kali China is a resilient plant in that it can tolerate a few mistakes here and there. However, growers should still strive to take care of it. Give it love and its rewards come in the form of an abundant harvest.

Grown indoors, Kali China has a flowering period of 7 to 9 weeks. Generally speaking, the plant calls for a nice and temperate climate. During the first few weeks, growers should expose their plants at 25C. But on the latter parts of the vegetative period, the temperature needs to be adjusted down to 20C. When properly cultivated, growers can expect a yield of at least 12 ounces per square meter.

As previously mentioned, Kali China can also be grown outdoors. And even in cold climate, growing it should pose no problem on its overall quality. As for its yield, breeders can expect production of no less than 16 ounces per plant in late September to early October.

Have you ever smoked or grown your own Kali China? Please let me know what you think about this marijuana strain in the comments below.