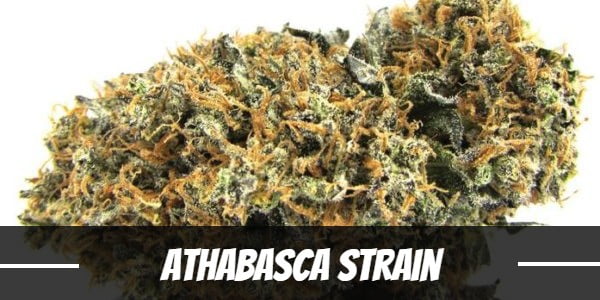 Athabasca is a high CBD strain produced and distributed by the Canadian licensed producer Aphria. It gets its name from Lake Athabasca, a peaceful getaway loved by Canadians for its lush forest green trees and great views conveniently right in between the cities of Alberta and Saskatchewan.

This hybrid is Aphria’s rendition of the famous Pennywise. No, not the clown but rather the CBD rich lovechild of Harlequin and Jack the Ripper. Although both sports the names of notorious villains, they are actually lauded for happy highs and therapeutic values.

Harlequin’s medicinal benefits are incomparable to other strains with its THC to CBD ratio of 2:5. After crossbreeding with Jack the Ripper, the resulting offspring now boasts of 1:1 ratio.

For recreational users, most may not find its low THC appealing. In some instance, unless one will take notice, the psychedelic effects are incredibly subtle. However, its real value is the comfort it can provide to medical marijuana users.

Athabasca only induces a level-headed high. Thus, it should come as no surprise that more experienced users may feel nothing. But, for beginners and those who have a low tolerance to psychoactive compounds, it is enough to bring about a subtle psychedelic high.

It usually takes time for the effects of a low THC strain like Athabasca to show up. In fact, the onset is barely noticeable and is only obvious when one deliberately focuses on the sense of happiness welling inside. Such upliftment usually adds color to otherwise dull days. It even turns some users into social butterflies, giggling at anything and everything.

Completing the Athabasca experience is a soothing body high. As it soothes the muscles, some people may notice a heaviness in the limbs. Subtle as it is, the hybrid still leaves users free of tension and relaxed. In some cases, some people may feel a tad bit lazy and prefer to sit back and chill.

Athabasca has an exotic aroma that is very pleasing to the nose. It is sweet and woody very much like pine. After crushing the bud, subtle undertones of spicy pepper become evident.

Just as exotic is Athabasca’s taste, it is fruity at the first toke but turns spicy on the exhale. When drawn in, the sweetness of apple mixed with berries wash over the palate, but it quickly turns peppery and chemical.

Athabasca, like all other strains, has side effects including dry eyes and dry mouth. Some users may have a slight headache or experience momentary dizziness. But, all these are very mild and are not a cause for concern. With larger doses, however, Athabasca can cause users to feel a little paranoid.

At 4% to 5.7%, Athabasca’s CBD levels are significantly higher than most strains. Together with its psychoactive compounds and cannabinoids including terpenes, it can ease a variety of symptoms. For instance, it can help relieve headaches. Ironically, using too much may also cause such condition.

Looking to buy seeds like Athabasca? Check out our marijuana seed bank.

An excellent medical strain, Athabasca has analgesic properties that not only take away pains but also regulate extreme muscle contractions. As such, it can be used to calm patients who are prone to seizures and uncontrollable tremors like those diagnosed with .

Athabasca can also be used as a mood enhancer. Its uplifting effects are enough to turn lives around and fill one with happiness. This makes the strain a natural anti-depressant. Meanwhile, its energizing high reinvigorates tired spirits so they too can end their day full of positivity and definitely without stress.

The difficulties that growers face trying to acquire Athabasca are only about to get bigger. On top of its seeds not being sold in any dispensary, Aphria has decided to stop manufacturing stocks of the strain.

With that said, growing Athabasca is easy. Like the original Stephen King-inspired strain, it is space-saving, sturdy, and highly resistant to powdery mildew. As such, one can choose between cultivating it in a garden outdoors or in a small grow area inside one’s apartment. Regardless, the strain will flourish with just basic maintenance.

It takes about 8 to 10 weeks for Athabasca to flower. Once ready for harvest, it will yield up to 12 ounces per square meter.

Athabasca thrives best in areas with a lot of sunshine. Under the expert care of seasoned growers, each plant will yield more than 12 ounces of trichome frosted buds by the third week of October.

What is the Athabasca strain yield?

How much THC does Athabasca have?

What are the origins of the Athabasca strain?

Athabasca was created from a mix between Harlequin and Jack the Ripper.

Have you ever smoked or grown your own Athabasca? Please let me know what you think about this marijuana strain in the comments below.