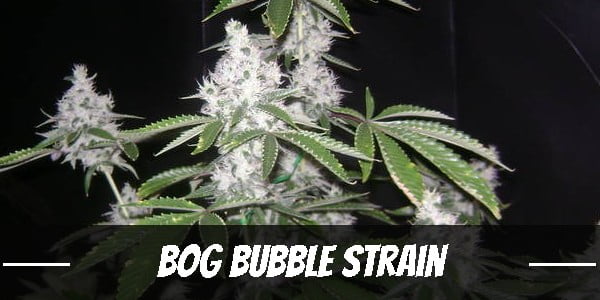 There are countless strains bred by various breeders. Over the years, some of these have also been improved while others abandoned. At any rate, one of the things that separate one breeder from the others is the attention to quality. It is the desire to keep developing new ones that are far better than any previously created. Such was the case of BOG Bubble when it was bred by B.O.G. Seeds.

Although they have already developed many hybrids, BOG Bubble is by far the best and one that B.O.G. Seeds are proud of and for a good reason – its genetics was passed on to one of the most potent medical strains ever Sour Bubble.

BOG Bubble is a descendant of the notoriously sweet Bubble Gum, known for its insane euphoric high. It is also a past winner or among the top placers in numerous Cannabis Cups. From its predecessor to descendants, BOG Bubble is sandwiched by highly-acclaimed strains. In more ways than one, it is a testament to the quality its quality.

BOG Bubble leans towards the Indica side. However, it also comes with pronounced mental effects. It begins with a gentle mental buzz that is not only uplifting but also euphoric. Often, users are left feeling upbeat and can be productive. It does help clear the head and inspire creativity. Feeling good about themselves, the cheerfulness translates into being sociable.

Once the physical effects kick into the body, though, it delivers a sedating kind of relaxation. At this point, most users tend to feel lazy. It is also highly possible that some may find themselves in a couch-lock especially if they have used more than enough.

BOG Bubble is a classic hybrid that brings users on a cerebral high before gradually bringing them to a state of complete body bliss. It is perfect for use during the late afternoon in which there might be some things to do before settling into an evening of relaxation.

Like Bubble Gum, this strain emits a strong sweet note that is reminiscent of childhood favorite gums. Its fruity smell also blends quite well with an earthy base with a lemony note.

It is no surprise that this strain tastes even better than it smells. More so, it is just like candy that includes natural notes. Upon combustion, one could easily identify the sweet taste of bubblegum. As the flavors set, an earthy floral flavor with hints of berry delights the users.

Even when using it in moderation, strains always have adverse reactions to every user. Most of the time, one would imminently experience a degree of dry mouth and eyes.

Other than that, unwanted reactions would often just happen once too much of the strain is used. Some get overwhelmed with the intense high which leads to either dizziness or a headache.

BOG Bubble has a THC content of up to 19%. Although it is not insanely high, it remains above-average in potency. As such, its effects can be quite intense. Once used for pharmacological reasons, the same reasons that make it favorable among recreational users also makes it useful for the medical users.

During the early stage, as it induces an uplifting sensation, it helps people calm down. As it intensifies, it wipes out stress. Consequently, it becomes useful in the battle against depression and many other similar ailments.

Because it does provide a reinvigorating feeling, some people find it useful in warding off fatigue. Of course, it does not last long like a pure Sativa as the physical high sets into the body.

Once in complete relaxation, the sedative-like traits of BOG Bubble help soothe aching muscles. To a certain extent, it can help reduce physical pains including muscle spasms and cramping.

During the comedown, most people end up sleeping. As such, one of its best use is to help people get quality sleep – something that is invaluable to insomniacs.

Of all the good things that can be said about BOG Bubble, be it its effects for recreational and medical users to its fragrance, it might have one weakness. That is it does not have a high production of buds. Furthermore, obtaining its seeds may not be that convenient. Of course, that depends on where the potential grower is in the world.

While it will grow well outdoors, it appears to be better suited for indoor growing. Because it is susceptible to molds and pests, having a controlled environment lessens these risks.

BOG Bubble as a quick flowering period of only 6 to 7 weeks. Such is typical of Indica plant structure. During harvest, growers could expect up to 12 ounces of yields.

Grown in the garden or backyard, it will want to be planted in a place where the climate is dry and warm. Normally, harvest should be ready in October with each plant producing at best 12 ounces of buds.

What is the BOG Bubble strain yield?

How much THC does BOG Bubble have?

What are the origins of the BOG Bubble strain?

Have you ever smoked or grown your own BOG Bubble? Please let me know what you think about this marijuana strain in the comments below.