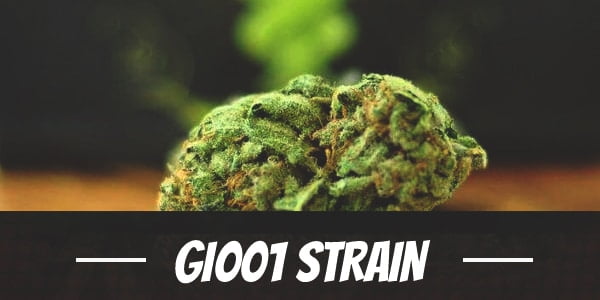 GI001 is not at all related to G.I. Joe, the nickname for ‘Government Issue’ American soldier. In fact, being a cannabis strain, its relationship to the military is almost nonexistent. Instead, the GI is short for ‘Growth Industries’ – a leader in the field of CBD genetics.

If anything, Growth Industries is on a league of its own in the medical marijuana industry. Most, if not all, of its products, have higher CBD levels as opposed to its THC – including GI001 that boasts a ratio of 24:1. Although, due to breeder secrecy, its lineage will never be revealed.

When used, GI001 induces a clearheaded high almost completely without psychoactive side effects. Its true value, however, is its ability to provide a reprieve against various mental and physical affliction.

Most people do not feel anything when they consume GI001. Although, in reality, its low levels of THC do induce a subtle psychedelic high. Those that do notice its onset generally describe it as uplifting and energizing, two traits commonly associated with Sativa-leaning strains.

As the rush of euphoria clears the mind, it allows thoughts to flow and form freely. Users light up with ideas as their sense of creativity is sparked. And, with renewed motivated, many dedicate their time to completing tasks and projects.

For this reason, GI001 can be used at any time of the day. Even in large dosages, it is unlikely that the hybrid will debilitate much less hamper productivity.

Carrying over to GI001’s flavor is its citric aroma. It bursts in the palate in flavors of lime or lemon with tangy overtones. On the exhale, a woody aftertaste accented by the initial sweetness dominates the palate.

Because of its high levels of CBD, GI001 rarely causes any side effects. However, in absolutely rare instances, users may experience a cottonmouth or dry eyes. Thankfully, both are easily remediable by downing a few glasses of water.

The very reason why GI001 exists is to meet the demands of the medical market. Its high levels of up to 21% CBD are a testament to that. Hence, it is safe to conclude that the Sativa dominant hybrid has tremendous therapeutic value.

Its anti-inflammatory properties, for example, reduce redness. As it soothes away swelling, it also reduces the likelihood of spasms occurring. In this way, GI001 appeases the sharp sting that often comes with sudden muscular contractions. Similarly, it can also be used as a headache reliever.

Because of its anti-spasmodic and anti-psychotic qualities, users may use it to temporarily alleviate symptoms related to epilepsy, schizophrenia, psychosis, and other illnesses characterized by seizures. However, using it for this very purpose may require the expert opinion and approval of a medical professional.

In spite of all the goodness it brings to the world, Growth Industries has chosen to maintain a proprietary hold on GI001. This is understandable though as unlicensed breeders getting a hold of the strain can potentially bring harm to customers and tarnish the company’s name.

Being a medical strain, GI001 is likely cultivated indoors. However, because of Growth Industries’ principle of organic-driven growing, the plant is placed in standardized greenhouses that expose it to natural sunlight. It is also grown in soil. In this way, the original breeders enhance the production of cannabinoids and stabilize it.

Because of its Sativa structure, GI001 reacts well to early topping and the Screen of Green method. The latter will encourage better yields while the former manages its height.

GI001 has an indoor flowering period of 10 to 12 weeks and yields up to 16 ounces of buds per square meter.

In the northern hemisphere, GI001 flowers anywhere between the second or third week of October to the first week of November. Under the expert care of a seasoned grower, it yields more than 16 ounces of buds per square meter.

What is the GI001 strain yield?

What are the origins of the GI001 strain?

GI001 was created from an Unknown origin.

Have you ever smoked or grown your own GI001? Please let me know what you think about this marijuana strain in the comments below.