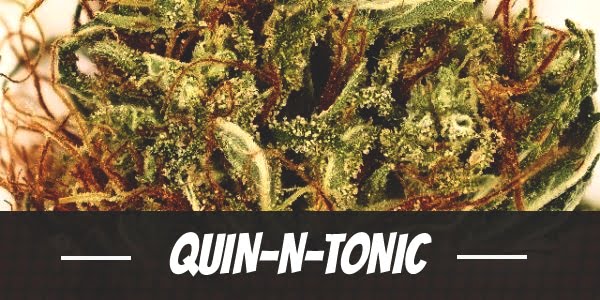 CBD strains are in demand for many reasons. For one, they induce a mild high that is perfect for enthusiasts starting their journey with marijuana. But, it is most beneficial to users from the medical marijuana industry for its pharmacological efficacy against various health conditions like depression and anxiety.

One such example is the CBD enriched, Quin-N-Tonic. It has an almost equal ratio of CBD and THC which, according to a 2018 study by Washington State University, is most valuable in temporarily managing health issues – both mental and physical.

It was not difficult to create such a magnificent bud. After all, La Plata Labs can pick among a multitude of medically viable strains currently present in the market. Among them are the Indica-dominant Cannatonic, a highly distinguished strain for its therapeutic benefits, and Harlequin. It is the influence of the latter’s 5:2 CBD to THC ratio that ultimately influenced Quin-N-Tonic’s 18% CBD.

Though purposely created for the medical marijuana community, Quin-N-Tonic has notable recreational value because of its 14% to 19% THC. It is not fast acting though. Apart from its Indica dominated genes, its 18% CBD counters its relatively high potency resulting in a slow and barely noticeable onset. Still, users note a subtle mental upliftment that leaves users feeling happier from within.

Signifying the start of its Indica effects is a light but tingling pressure that trickles down from the temples. It comes in waves, soothing each muscle it passes while undoing knots caused by tension. Replacing it is a heaviness in the limbs that locks almost anybody in place. In all likelihood, users will doze off to sleep.

Because of its sedating qualities, Quin-N-Tonic is best used after a long day at work. Preferably anywhere late in the afternoon or early in the evening right before bed.

Quin-N-Tonic buds emit a pungent aroma because of its high THC and CBD levels. It is sweet though and quite reminiscent of ripened blueberries. Crushed or combusted, it releases a strong note of skunk enhanced by a subtle hint of wet soil.

Carrying over to Quin-N-Tonic’s flavors is its fruity note of blueberry accentuated by a sweetness similar to candy. On the exhale, its earthy undertones take center stage along with a distinct tinge of skunk that lingers in the palate long after the last puff.

It is not uncommon to find users feeling a little dehydrated while using Quin-N-Tonic or any other strain for that matter. After all, the cannabinoids in marijuana do inhibit moisture in the eyes causing it to redden. Meanwhile, others experience a cottonmouth as the same compounds interfere with the production of saliva. Both are usually mild and not at all a cause for concern. But, if symptoms persist, drinking a few glasses of water will do the trick.

Among La Plata Labs medicinal line is Quin-N-Tonic, a highly regarded CBD rich strain with significant therapeutic value. The herb is excellent at easing inflammation and swelling while reducing redness. By doing so, it keeps muscles from suddenly contracting and pain receptors from sending faulty signals to the brain. Its soothing body high also masks pronounced analgesic effects that appeases various types of pains and aches in the body. Beginning from the temples, of course.

Its almost 1:1 THC to CBD ratio also play a big role in Quin-N-Tonic’s ability to relieve stress. It induces a calming head high that almost instantly gets rid of the overwhelming dread that plagues the mind of people constantly bombarded by negativity. In a similar manner, it provides comfort to users with depression and other mental illnesses like PTSD.

Lack of sleep exacerbates and gives way to the early development of many mental and physical issues. As such, it is an important part of the healing process. However, many people are restless during the night and have difficulty dozing off. To this end, Quin-N-Tonic works perfectly. By relaxing both the mind the body, it not only enhances the quantity but also quality of sleep.

La Plata Labs has truly blessed enthusiasts all over the world by making seeds of their Quin-N-Tonic available for sale. It comes in regular form though. As such, users have to use pre-germination methods like soaking to ensure more than half a batch of females. Applying Low-Stress Training will prevent calyx-filled plants from turning into hermaphrodites.

With that said, Quin-N-Tonic is among the easier medical strains to grow. It retains the sturdiness of its Indica genes and is quite a vigorous producer especially when cultivated outdoors. In spite of its great performance in gardens and farms, many still prefer growing the herb in less fluctuating environments like greenhouses, grow rooms and tents.

Apart from the added protection against pests and critters, indoor growing spaces allow breeders to adjust important factors like temperature, humidity, and lighting to ensure a stable chemical profile. Because of its Indica structure, the plant adjusts well to the Sea of Green method. Using soil will showcase its full flavors but a hydroponic system yields cleaner buds.

Quin-N-Tonic has a short flowering period of 7 to 9 weeks. Once ready for harvest, it yields between 10 to 12 ounces worth of cured buds per square meter.

Outdoor grown Quin-N-Tonic usually flowers around the first to third week of October. However, under the expert care of a seasoned grower, it blossoms as early as the last week of September. Once mature, it yields at least 12 ounces of buds per plant.

Have you ever smoked or grown your own Quin-N-Tonic? Please let me know what you think about this marijuana strain in the comments below.