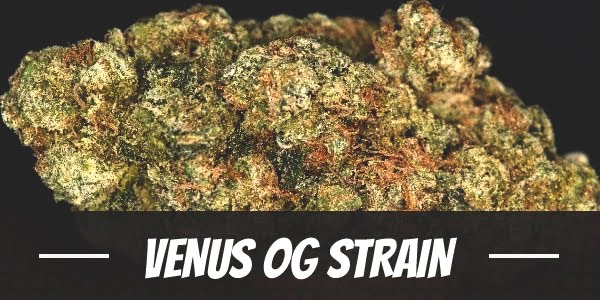 The planetary series is composed of OG Kush hybrids named after planets in the solar system. Among it is Venus OG, a Sativa-dominant strain that takes advantage of its gravity-defying head high. It brings the mind beyond the clouds and onto another plane of existence through its refreshingly fruity smoke.

In creating the strain, its original breeders used the original ocean-grown, OG Kush. Beloved for its effects, it has spawned multiple children with its signature notes of pine and lemon. Sadly, the rest of its lineage remains to be a breeder’s secret.

Apart from its recreational buzz, Venus OG also has an impressive therapeutic track record. Its ability to ease the symptoms of multiple health issues lies in its mentally-clearing euphoria and tranquilizing body high. Users not only forget about the worries temporarily but also feel lighter than air.

During the onset, Venus OG delivers a quick-acting rush of euphoria that manifests within minutes after the first two to three puffs. It clears the mind and leaves users feeling happy as the psychedelic effects persist.

The mental clarity is a transformative experience for many casual users. It brings out fresher perspectives as thoughts flow and form freely in the mind. Not to mention, its ability to heighten sensory experience is one-of-a-kind. It brings out a keen awareness that improves focus.

After about an hour or town, a tingling sensation originating from the temples begins to surge through the muscles. Subtle at first, it gradually intensifies until all tension in the body is relieved. Although deeply relaxing, the limberness allows users to move like a well-oiled machine.

Overall, Venus OG is a great strain to use in the morning or early afternoon. It pairs its mentally clarifying buzz with a soothing body high that calls for productivity. Even at the comedown, it keeps users nimble while completing small tasks or other physical activities.

Venus OG is slightly acrid due to its tangy undertones of citrus and lemon. Softening it through a sweet overtone is the taste of berries and ripe fruit. Broken apart or combusted, it produces a refreshing scent reminiscent of woody pine.

Venus OG’s smoke swarms the palate with a tropical tang. It has citric overtones of lemon with hints of berries. Accentuating the sweetness is an undertone of pine which, on the exhale, leaves a woody aftertaste in the mouth.

A cottonmouth is a typical reaction to using marijuana, regardless of the strain. Along with it are red eyes which, although mild, can be quite irritating. The dry spell can last up to a few hours but eventually goes away on its own. Still, users may down a few glasses of water and avoid drinks like alcohol or caffeine to manage the symptoms.

Although rare, it is possible for users to green out while smoking Venus OG. It is a condition characterized by heightened audiovisual sensory experience which can trigger dizziness and paranoia. Although one’s disposition before the session plays a role in inducing the side effects, it can also be the result of overconsumption. Hence, users should start slow with low dosages.

Stress is among the top reasons that users cite regarding cannabis use. To this end, Venus OG works just as effectively as any other strain. Its strong head high uplifts the mood and calms the mind while boosting confidence. Apart from being relieving stress, the happy high also manages symptoms of mental health issues like depression, PTSD, and anxiety.

In high concentrations, THC turns into a natural painkiller that relieves aches and pains all over the body. Beginning from the temples, it delivers a soothing buzz that irons out tension and unwanted contractions. On the other hand, its anti-inflammatory properties appease swelling and redness.

The same relaxing qualities also calm turbulence in the gastrointestinal tract. Its antiemetic effects reduce the chances of vomiting by preventing muscles in the stomach from cramping uncontrollably. For this reason, it is a source of comfort to cancer patients experiencing the nauseating effects of chemotherapy.

Climate and location are two critical factors to consider when growing Venus OG. As a Sativa-dominant strain, it has a natural inclination toward the sunny weather and long days of equatorial regions.

This is not to say that the plant will not thrive in the northern hemisphere. On the contrary, it performs just as well outdoors in either gardens or farms. However, it may take longer to flower due to the lack of sunlight. For this reason, many growers prefer cultivating it indoors.

TIP: Looking to buy seeds like Venus OG? Check out our seed bank

A controllable environment allows growers to mimic a Mediterranean climate by adjusting factors such as lighting, temperature, and humidity. One may also choose between different types of medium such as soil, coco coir, or hydroponics to enhance either flavors or yields. The plant will need to be topped early though. Its lanky structure can sometimes cramp the limited vertical space. Reducing its vegetative phase by a few weeks will keep it short.

Because of its height, the best plant training method to pair Venus OG with is the Screen of Green. It requires placing a screen a few feet above a batch and removing any leaves or branches that go beyond it to create more budding sites. Alternatively, one may also weave it into the net for an even canopy.

Venus OG has an indoor flowering period of 7 to 9 weeks. Each square meter produces between 12 to 16 ounces of buds per plant. Under the expert care of a seasoned grower, however, it yields much higher.

Flowers usually begin to bloom around the last days of October to the first or second week of November. Depending on the climate, it can sometimes extend up to a week more. Growers can expect it to yield at least 16 ounces of buds per plant once ready for harvest.

Have you ever smoked or grown your own Venus OG? Please let me know what you think about this marijuana strain in the comments below.