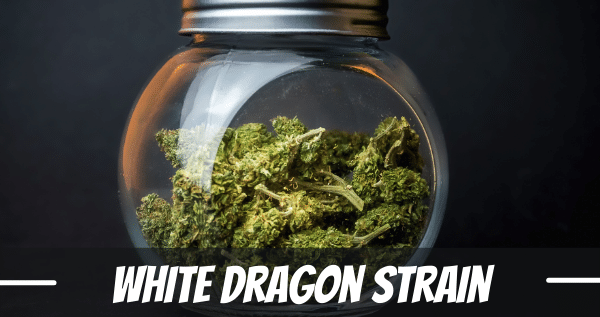 If there is one thing certain about this strain, no one needs to chase it. Although the use of cannabis has an air of notoriety, it is absolutely not in the same class or league as meth. Unlike the drug, people use the White Dragon to slow down and chill. More importantly, it provides relief to medical marijuana users.

Developed by Eva Seeds in Spain, the original thought was to produce a classic and profuse Indica strain. To do that, they chose to use two Indica plants that are arguably the best there was and probably will be.

In the  Hindu Kush region of Afghanistan, a mountainous range near the border of Pakistan, a variety of landrace strains grow freely. Simply referred to as Afghani, these are arguably the best Indica strains in the world.

Using an Afghani, Eva Seeds paired it with Northern Lights, itself a descendant of Afghani. It is also likely the most famous hybrids of all time. Known for its dreamy body high, this strain together with Afghani has been used by breeders over the decades to develop new hybrids.

Eva Seeds appears to no longer market the White Dragon, though. For that reason, it may be elusive to get ahold of although there are still online retailers carrying it in their inventory. One thing to make sure of is to do due diligence and ensure buying only from a reputable store.

Being pure Indica, it may take a tad bit of time before its psychoactive properties are in full effect. Nonetheless, compared to others, it is deemed as fast-acting. At its onset, it delivers a sedating buzz to the mind and the body. As it builds up, some users may feel a tingling sensation.

Often, people using the White Dragon not only end up feeling contented but also overwhelmingly pleased. Feeling good about themselves, users then soak in the ever-increasing intensity of the strain. As it starts putting people in complete bliss, laziness also sets in. It is also possible that some people might feel a little lethargic.

The beauty of using the White Dragon is that it does not seem to induce a mind-bending high. Instead, thoughts may come with a dream-like quality. It puts people in a couch-lock and eventually, knock them off for a peaceful rest through the night.

White Dragon has an earthy smell that cannabis users are familiar with and a spicy note. After breaking the buds, its scent becomes more pungent with a hint of wood.

With a universally recognizable and lovable aroma, users should be pleased to know that its fragrance carries over. A nice touch is the sharper note of pine during exhalation.

White Dragon stays true to its cannabis heritage. In other words, when it comes to adverse reactions, certain conditions may occur. Among the most common is having dry mouth and eyes. Some people may also feel a little bit dizzy, more anxious or slightly paranoid.

White Dragon is best used by people who are looking for a relaxing time chilling and then sleeping. It is for this reason that insomniacs and patients needing to sleep should consider its use.

Because it puts users in deep relaxation, there is also a sense of happiness that sets in. Such uplifting sensation can in some ways help reduce stress. In the same manner, it helps people deal with depression too.

Some people may also find relief from mild pains and aches. Although anecdotal, cannabis users know it to be true.

As mentioned earlier, seeds can be elusive. If one were to get ahold of it, then this is one of the fastest growing strains ever developed. It grows well in both the indoors and the outdoors. However, it appears to thrive best in an open area.

White Dragon has only 6 to 7 weeks of flowering before it is ready for harvesting. Indoors, it may not be abundant, but if outdoor growing is out of the question, then it is better than nothing. Producing only up to 2-1/2 ounces of buds per square meter, that certainly makes it more priceless.

While indoors, its yield is extremely small, the same cannot be said when the White Dragon is planted in the garden or the backyard. Flowering occurs in the first two weeks of October, and it can grow up to 10 feet tall. Each plant can also produce a whopping 18 to 36 ounces of buds.

Have you ever smoked or grown your own White Dragon? Please let me know what you think about this marijuana strain in the comments below.