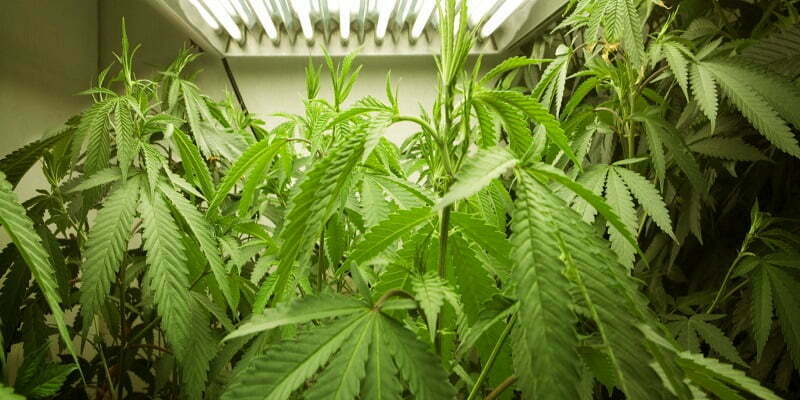 It seems to be common sense that, once a state recognized marijuana as a medicine, it would then follow up by developing a system to facilitate access to those who need it the most. That, of course, has yet to happen. There are only a few states that officially permits dispensaries to sell the herb. Patients anywhere else have to depend on their own supply, a caretaker’s supply, or the black market to get their medicine.

Deciding whether or not you should grow marijuana or have a caregiver do it for you must be thought over carefully. The grower candidate must consider many factors.

Do you feel confident in your horticultural abilities? Marijuana isn’t that hard to grow, but it can be tremendously stressful to begin a project pessimistically.

Do you use enough medicine to make cultivation worthwhile? If you only uses miniscule amounts of marijuana, it probably won’t make sense to waste all the time and money it requires to grow marijuana. For example, if you only go through a quarter of an ounce per month, then the effort, time, and money probably won’t balance out. Indeed, maintaining a garden could cost as much as $1,000 per year, which is an amount many people aren’t willing to part with.

Do you feel uneasy about growing such a controversial plant? In certain states, marijuana cultivation is legal with a doctor’s recommendation. Even in those instances, however, you do run a risk of arrest if their gardens attract adverse attention from neighbors, landlords, cops, or even unfriendly relatives and acquaintances. If you feel wary about having a taboo plant on their property, it might be a good idea to avoid a personal marijuana garden.

Potential growers must prepare themselves for the stark reality in which medical marijuana garners far less than benevolence from most law enforcement, even in locales where it’s technically legal. It’s wise to mentally prepare yourself for potential arrest or, at the very least, some legal hassles.

Gardener candidates need to also be aware that marijuana has somewhat of a seductive quality. It’s entire life cycle, from seed (or cutting) to ripeness and senescence, spans only about a quarter of a year. One day is like a year in the marijuana plant’s life. It is also dioecious, meaning that male and female flowers grow on separate plants. Also, unlike most birds and mammals but very much like humans, the female form of the plant is prized for its beauty. It is not particularly rare for gardeners to become obsessed with growing marijuana. From my personal observations of these growers, I have concluded that using marijuana is not addictive, but growing it certainly is.

If you can bypass all the legal paranoia, growing marijuana is a very rewarding and often pleasant experience. It grows fast and responds quickly to different environmental changes. Over a single season you’ll experience the entire life of a living organism that has existed symbiotically with humankind so long that some scientists suggest that wild marijuana doesn’t even exist.

You can find feral marijuana (hemp) in the Himalayas and across the Caucasus as well as in the Midwestern United States. Despite its inherently weedy nature that can allow it to grow without human intervention, its progenitors intersected with our species causing permanent changes in its evolution. The symbiotic relationship has had a profound effect on both species.

With human intervention, cannabis spread from its native home in the Himalayan valleys to every continent on the Earth. In return, cannabis has provided humans with shelter, clothing, food, medicine, and a distinctly altered consciousness.

No longer content to grow the plant outdoors, humans in the past half-century have overseen the advent of indoor varieties bred to thrive under artificial lighting. Today, in the California dispensaries, indoor-grown marijuana is considered more valuable (and, thus, more costly) because of its higher quality and the overall consistency of indoor buds.

If you want start growing, download my free grow guide and order some marijuana seeds at this link here. We ship seeds all over the USA. For any growing related question please visit the marijuana support page.

BACK TO TOP
Nosy Neighbors? Try These Less Smelly Weed Strains!
Should you defoliate autoflowers?
Why are my marijuana plant stems purple?