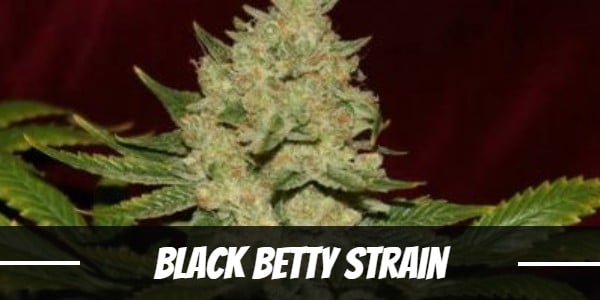 Black Betty is a lot of things to different people. On its name alone, she could be family or friend, or perhaps someone to love. Black, though, suggests racial overtone. Old timers, on the other hand, may remember the song that goes by the same name. Regardless, in the cannabis community, it is a strain that transcends people, ethnicity, and arts.

Not a lot is known about Black Betty. From the little information available, it appears to be bred by Hugo Ramirez and traces its roots in Oregon. Genetically, it comes from two highly-regarded hybrids. One is the incredibly potent mostly-Sativa East Coast Sour Diesel, known for its high-octane, high-energy effects. The other one is the notoriously-named AK-47, known for its long-lasting cerebral buzz that sparks creativity and influences users to become sociable.

As a result of the pairing, Black Betty was born. If there is one thing that users need to know, it is that it comes with an insanely high THC and eye-popping CBD. Because of that, it can be used by both recreational and medical cannabis users.

When talking about one of the parent strains AK-47, about the only thing that is notorious is its name. Other than that, it delivers a satisfying mellow buzz. But that is not the case with Black Betty. In fact, their roles are reversed in the sense that she may exude girlish innocence, yet it packs a wallop and can pound users into submission no matter how experienced. With that being said, beginners or novice users will want to seek another strain before trying out this one.

At any rate, most people reckon that a toke or two should not be much of a big deal. During its onset, and it acts really quick, the strain induces an intense euphoric buzz in the head. Within individual limitations, the cerebral high should be manageable. In fact, the energy-boost it delivers should keep people motivated and productive.

Feeling euphoric, the uplifting sensation spreads down to the body. It enhances the mood even as the physical effects of the strain start manifesting by inducing mellow body relaxation.

Use a tad bit more of the strain, and it can become overwhelming. In this case, the mental buzz intensifies that while it may not likely cause psychedelic effects or hallucinations, it may make it a little more difficult for people to focus on their tasks. More often than not, it then leaves people feeling lazy while basking in sheer pleasure or may even cause a couch-lock.

Black Betty has a pungent and exotic blend of earth and fruity candy. After breaking the bud, it exudes a sweet note with a skunky undertone. It may not sound enticing at all when reading up on how it smells, but it is actually quite pleasant.

In a milder way, its scent carries over. If it is not bad at all when it comes to the fragrance department, Black Betty with its more pronounced candy-like berry taste should prove to be a delight.

As is to be expected when using any cannabis, Black Betty may cause some people to feel their mouth and throat dry. To a lesser degree, they may also experience dry eyes.

In some cases, and most of the time as a result of overindulging, some people may feel dizzy. A few people especially those who are more susceptible may also experience feeling anxious or paranoid.

Worrying is a part of life. It is just that some people worry more than the others. Regardless if it is real or a fabrication in which there really are people who focus on non-issues, it can also be a health problem. Black Betty can take care of that. A few tokes and whatever stress there is, she eliminates.

As a mood-enhancer, people with depression would have no other choice but to soak in happiness brought about by the euphoric buzz in the head. At least, for the next few hours, it is a reprieve from the agony of heartaches and whatever emotional or psychological issues are troubling medical users.

Finally, the energy boosts it provide is more than enough to spark people into action and fight off fatigue. However, this may be short-lived as once the body relaxation sets in, some people may feel lazy.

One of the things that make Black Betty highly desirable especially among the growers is that she has remained elusive. In fact, the strain is not available in seed form.

By all accounts, the plant should thrive well in both the indoor and outdoor environment. To make it worth much more, it is not a voracious producer.

Black Sugar Rose is a gentle hybrid. In many ways, it is as feminine as it gets. Users of this hybrid will not feel a sudden rush of the mental hit. Read our full review!

In other words, not only is it difficult to get ahold of cutting but because she produces fewer buds, it makes her priceless. After all, people do crave for what they cannot have.

Black Betty has an indoor flowering period of 7 to 9 weeks. The expected yield per square meter is up to 8 ounces.

It appears that the plant should be flowering towards the latter part of September. Once ready, each plant is likely to produce at least 8 ounces of buds.

What is the Black Betty strain yield?

How much THC does Black Betty have?

What are the origins of the Black Betty strain?

Have you ever smoked or grown your own Black Betty? Please let me know what you think about this marijuana strain in the comments below.