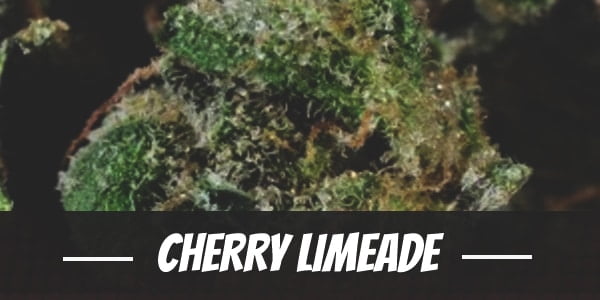 Many of the best and most prominent strains sprouted from Northern California. Hence, that explains the stiff competition in the Emerald Cup held there. In its 2015 edition, Cherry Limeade strain took top honors.

Bred by Mean Gene of Aficionado Seeds in Mendocino County, the accolade given to Cherry Limeade is already its 8th. Some of their most successful strains include:

One is Cherry Pie, a cross between Durban Poison and Granddaddy Purple. Not only does it have beautiful buds covered with orange hairs, but it also inherited the purple hue of one of its parent strains. Besides its appealing appearance, it also induces a heavy physical high that puts users in full-body relaxation.

Using Cherry Pie, Mean Gene then crossed it with one of their own, the highly celebrated Black Lime. Cherry Pie may have its fruity aroma, but so does this strain with flavors of lemon. It also provides full-body relaxation but blends it with a very uplifting cerebral high.

Cherry Limeade naturally inherited many traits of its parent strains. Now, knowing that there is an exceptional strain in Mendocino County, the only problem is getting some. So far, supply has been limited and most often, it is not available.

Since its conquest of the 2015 Emerald Cup, it has gained a following in which if it ever hits that market, it does not take long before it is out of stock.

The exact split of Cherry Limeade remains unclear, but it does lean towards its Indica side. The first thing that one should think about before using it is its high THC content. At 26%, most recreational users should salivate at the thought of the kind of high it induces.

Soon after the first toke, an energizing buzz surge into the body. For some people, they may even feel tingly all over. As the mental high intensifies, the uplifting feeling transforms to euphoric.

It is soon followed by the heavy-hitting physical effects of the strain. Once it kicks in, it melts away the tensions from the muscles. It comes with sedating properties that induce complete body relaxation. In some cases, it also causes a couch-lock.

Cherry Limeade is excellent for night time use, or at the end of the day when there are no other tasks. For recreational users, this is one of the best hybrids to chill. As for medical users, this will be discussed in more details in another section.

Cherry Limeade, as its name suggests, emits a pleasant fruity odor of citrus and berry. It is accompanied by the smell of earth and an herbal note. On its fragrance, this strain ranks among the better-smelling hybrids in the USA.

While its fragrance is appealing and enticing, Cherry Limeade tastes even better with its tangy flavors contrasting with a blend of lemon and cherry. It should be interesting to see how users avoid using too much given that it’s extremely delightful.

Dry mouth is one of the side effects of using cannabis, not only with Cherry Limeade. Some users may also have bloodshot red eyes too. Such conditions can occur even if people used just a small amount of the strain. However, these symptoms also become more pronounced if the users overindulge.

It does not happen often, but beginners to using cannabis may also experience a mild headache.

The combined effects of the mental and physical high bring wondrous benefits to medical cannabis users. One of the most sought-after trait of Cherry Limeade is its inherent ability to wipe out stress. It is the result of the euphoric buzz in addition to the full-body relaxation that uplifts the emotion of its users. Consequently, people with mental health disorders such as depression and others can also use it as an aid to fight their condition and manage their emotion.

Besides the psychological or mental well-being, the strain is also used by others to boost their appetite. It depends really on the tolerance level of individuals and how much of this hybrid they used. Within limits, they are able to get up and find food. But too much and the strain becomes overwhelming.

Cherry Limeade is currently not available for sale. We are not even sure if its seeds were ever sold to the public. However, being from the county of Mendocino, it is safe to assume that it thrives in a warm climate if cultivated outdoors. It is also likely to thrive very well in an indoor environment.

Without much details released to the public, the safe assumption is that this plant should have a flowering time of 7 to 9 weeks. Growers can also expect its yield per square meter to be at least 10 ounces.

Grown outdoors, this Cherry Limeade should start its bloom phase by the first week of October with each plant producing at least 12 ounces of buds.

Have you ever smoked or grown your own Cherry Limeade? Please let me know what you think about this marijuana strain in the comments below.