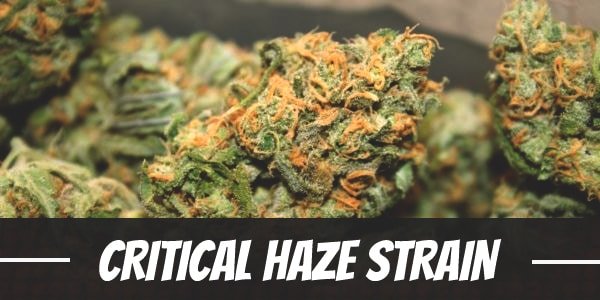 The Afghani Indica and Haze are timeless classics that deliver premium experiences. Not only that, each of these strains has spawned countless others. So, when Nevil Schoenmaker (former breeder of Sensi Seeds) and Shantibaba (Mr. Nice Seeds) got together, they combined the genetics of these two legends and developed Afghan Haze. In essence, the new hybrid represents the best of both worlds with its balanced reinvigorating mental high and soothing body effects.

Previously, Shantibaba has already developed another strain called Critical Mass, a cross between Afghani and Skunk No. 1. One notable thing about this hybrid is its unusually dense buds. In essence, it is so massive that it could snap branches with its sheer weight. A testament to how well-regarded this strain is that it was named the 2008 Plant of the Year in Spain.

Regardless of the motivation, Shantibaba then worked on improving Afghan Haze. Not only did he retain its best qualities, but he also introduced the traits that allow for the production of large buds. He called the new hybrid Critical Haze.

It appears that a vast majority of strains available in the market tend to tilt towards the mental or physical high. On that note, Critical Haze is different in that it first takes users to heaven before bringing them to paradise. Hence, the best time to use it is at the end of a long and tiring day.

Soon after taking a couple of tokes, Critical Haze delivers a reinvigorating and uplifting sensation that not only energizes the users but also enhances the mood. It makes completing final tasks more manageable. Instead of feeling dragged down, the strain induces happiness. In fact, many of its users are likely to find themselves giggling for no apparent reason.

After getting things done, it is only a matter of time before the physical effects creep into the body. Once that happens, the sweeping soothing sensation hits hard. In no time at all, most users are too relaxed and reluctant to move at all.

Critical Haze comes with up some 19% to 22% THC. Use a little bit too much, and the sedating effects it has can keep people locked on the couch or the bed. Even at this point, it does not cause mental confusion or psychedelic effects. Instead, most users may end up in introspection.

Critical Haze retains much of the scents emitted by its parent strains. It has a pungent note of lemon with a mild hint of earth. Upon breaking its buds, it also releases a citrusy note.

Shantibaba has been around for ages. Even if he had come across all kinds of strains, he does take exemption with Critical Haze. Mr. Nice Seeds himself thinks that the flavors of this hybrid are much more than exceptional. Besides its fragrance carrying over, the taste of berry complementing its smooth smoke makes it unique and adorable.

Typically, cannabis users have come to accept having dry mouth and eyes a common occurrence with its use. There are also other conditions that may arise such as feeling dizzy or having a mild headache. Such conditions often are not significant enough as to cause any real discomfort. However, all bets are off when one chooses to use too much. In this case, the symptoms become more pronounced.

One thing to note is that there are people who are more susceptible. Using it conservatively is a wise decision as Critical Haze may cause some people to feel paranoid.

Critical Haze, unlike specially developed medical strains, does not come with high CBD. As such, its value to medical cannabis users is mostly a result of its psychoactive traits.

People who are suffering from stress, depression, and similar or related condition will find its uplifting effects beneficial. Besides eliminating pressure, it helps these people cope with their emotional difficulties.

As mentioned earlier, one of the adverse reactions of using Critical Mass is that it can cause a headache. However, by using the right amount, it can do quite the opposite.

Another thing mentioned early on is that the strain is best used to end a long and tiring day. One reason is that the reinvigorating buzz it induces helps people fight off fatigue. Of course, that is negated once the heavy-hitting body stone creeps in.

Finally, most people are also likely to end up feeling hungry before the effects of the strain wear off. At this point, it is a toss-up whether a user decides to eat something or continue chilling.

Besides growing humongous buds, one other reason to cultivate Critical Haze is that it is not difficult. Of course, there is the usual maintenance, but it is not as picky as some other strains. As with plants that produce dense buds, it may be susceptible to molds and mildew.

When it comes to flowering time, Critical Haze tends to be more like a typical Sativa plant. Growers can trigger it between 8 to 10 weeks. By the time it is ready for harvest, be prepared to gather up to 22 ounces per square meter.

Cultivating Critical Haze in an open area, it thrives best in a warm environment. It begins its transition from vegetative stage to flowering between the second and third week of October. Each of these plants can produce 22 ounces of buds or more.

Have you ever smoked or grown your own Critical Haze? Please let me know what you think about this marijuana strain in the comments below.